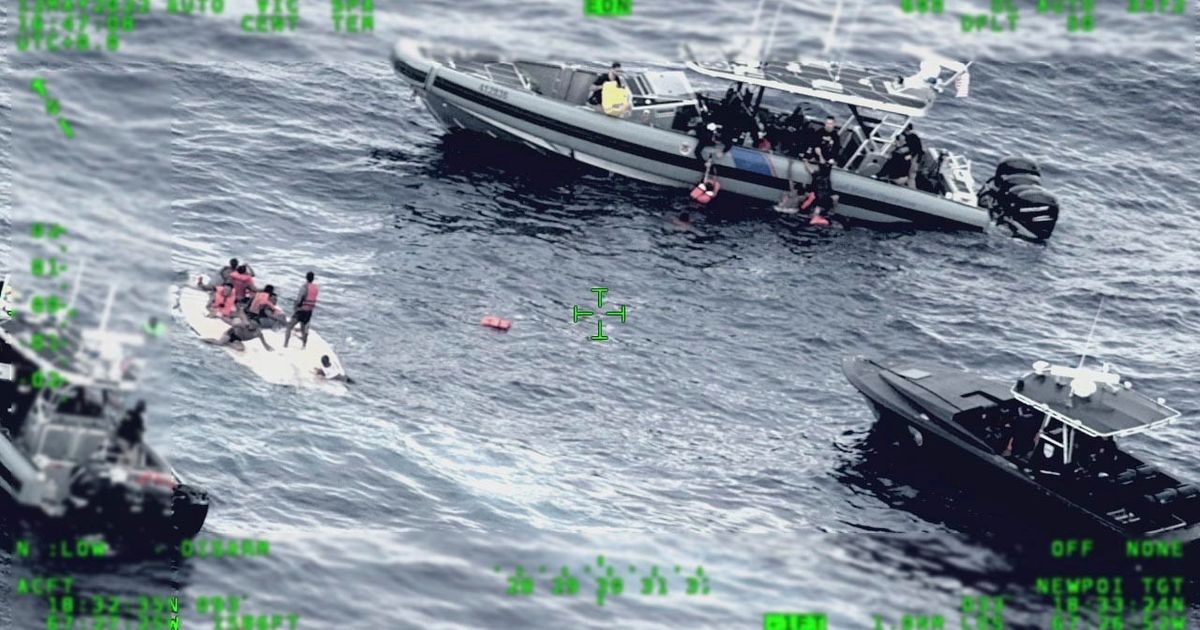 SAN JUAN, Puerto Rico (AP) — Haitians are fleeing in greater numbers to the neighboring Dominican Republic, where they board rickety wooden boats painted sky blue to blend in with the ocean and try to reach Puerto Rico, a journey in which 11 Haitian women drowned. this week, with dozens of other immigrants believed missing.

It was the latest fatal trip as US authorities said they had detained twice as many migrants in and around US jurisdictions in the Caribbean in the past year compared to the year before.

Garrett and others say Haiti’s political instability, coupled with brutal gang violence and a crumbling economy, have driven people to flee, with more fleeing through the Dominican Republic. Both countries share the island of Hispaniola, which lies to the west of Puerto Rico, with a treacherous area known as the Mona Passage separating them.

In the most recent shipwreck, seen on Thursday, 11 bodies of Haitian women were found and 38 people were rescued, 36 of them Haitians and two from the Dominican Republic. Authorities say one of those rescued has been charged with human trafficking. The boat capsized about 11 miles (18 kilometers) north of the uninhabited island of Desecheo, west of Puerto Rico. Dozens are believed to be missing.

Garrett said it’s unclear exactly how many migrants were aboard the boat, but he said survivors provided authorities with their own estimates. “The numbers we hear are between 60 and 75,” she said.

The search continued Friday, with the US Coast Guard scouring the open waters northwest of Puerto Rico by boat, plane and helicopter.

Rescue efforts began Thursday after a US Customs and Border Protection helicopter spotted people clinging to the capsized vessel, US Coast Guard spokesman Ricardo Castrodad said, adding that crews worked through the night.

“We always look for the possibility of finding survivors,” he said.

Authorities released footage showing the migrants desperately clinging to the boat in open water as they awaited rescue. Once ashore, the migrants were escorted off a dock, with at least one wearing nothing but underwear. Some were transferred to ambulances and eight Haitians remained hospitalized on Friday.

Trips aboard rickety boats known as yolas, which Garrett says often only have small engines to avoid detection, have long been the cheapest way for migrants to flee their country despite constant warnings about the risk. Smaller engines mean a longer trip, which in turn makes it more dangerous.

He said there are usually 30 to 40 migrants on the boats, but those on board said nearly twice that number were on this one.

On Saturday, 68 migrants were rescued in the Mona Passage and one woman, believed to be from Haiti, died. On May 7, Customs and Border Protection apprehended 60 Haitian immigrants who the agency says were smuggled through southwestern Puerto Rico. On May 4, another 59 Haitian migrants were detained in northwestern Puerto Rico. In late March, authorities said they detained more than 120 migrants in three separate maritime smuggling incidents.

From October 2021 through March, 571 Haitians and 252 people from the Dominican Republic were apprehended in waters around Puerto Rico and the US Virgin Islands, according to the US Customs and Border Protection Office of Haitians, 348 landed on the uninhabited island of Mona in Puerto Rico and were rescued.

Tom Homan, who was acting director of US Immigration and Customs Enforcement for much of the Trump administration, said the migrants in the latest incident may have gotten lost, taking them further from the US mainland. ., or they may have been trying to get to Puerto Rico. , a US territory where they can try to apply for asylum. Both scenarios are common.

It’s unusual to have so many women on board, he said, referring to the 11 who died.

“These migrants are putting their lives in the hands of people who don’t see them as people,” Garrett said. “They see migrants as commodities to trade and make money.”

Pierre Espérance, executive director of the National Network for the Defense of Human Rights in Haiti, said he hopes the trips will continue despite continued warnings about the danger.

“It is riskier for Haitians to stay in Haiti than to try to leave Haiti for a better life,” he said.

A United Nations report noted that kidnappings in the country of more than 11 million people have increased by 180% and homicides by 17% in the last year. Dozens of people, including women and children, have been killed in recent weeks amid renewed clashes between gangs fighting for territory as their power grows following the assassination of President Jovenel Moïse on July 7. The United Nations said last week that civilians are being burned alive and children as young as 10 are being gang raped.

Haiti has also been hit by double-digit inflation, severe gasoline shortages and gang violence that has shuttered hundreds of schools and businesses and caused some hospitals and clinics to temporarily close. Additionally, the Biden administration has deported more than 20,000 Haitians in recent months amid heavy criticism given the country’s downward spiral.

“Even if it’s dangerous to get on a boat, it’s more dangerous for people to stay in Haiti,” Espérance said. “There is no rule of law in Haiti.”