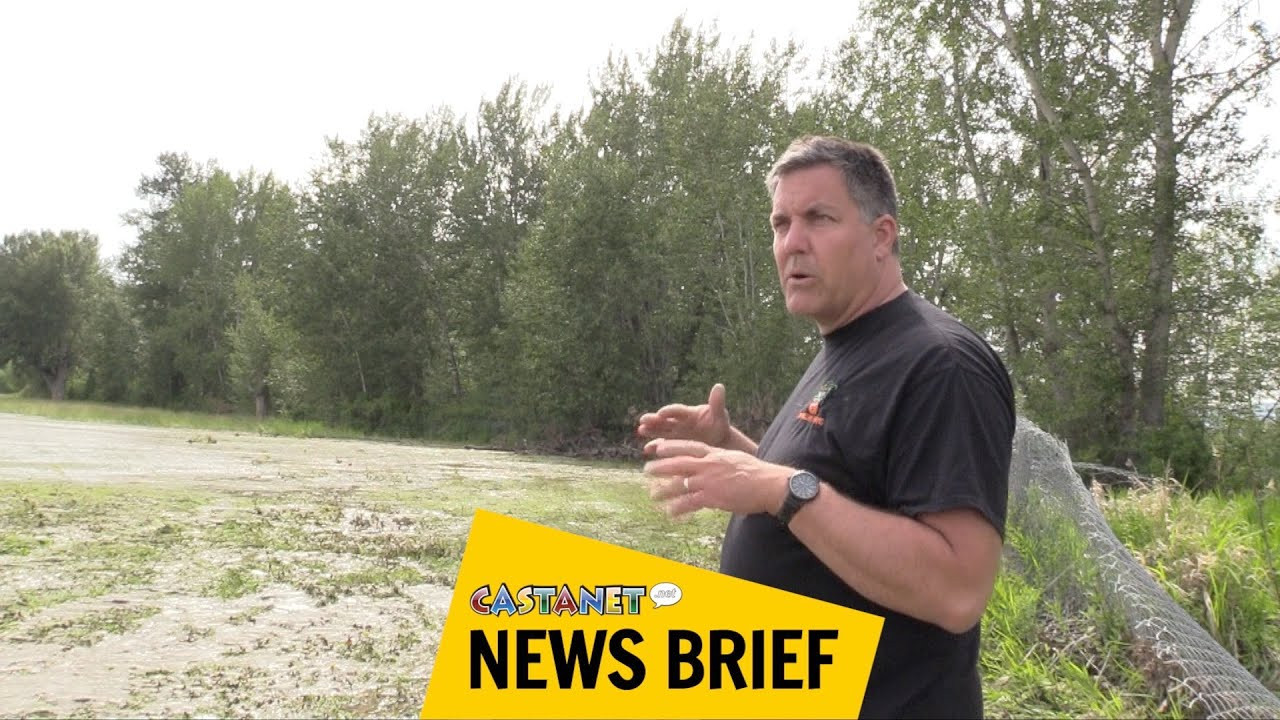 Floodwaters rushed over his farm Tuesday, submerging about 50 acres. While the water had receded quite a bit Wednesday afternoon, it will likely be several weeks before the land dries out.

“The horses would normally be there grazing, so they have less land to use. I don’t know what hay I’ll be able to produce there in August when it dries out,” McMillan said.

“You saw the fences were damaged, I can’t produce corn or vegetables, and we’re certainly going through a lot of supply chain issues right now. It would be great to have a lot of farms in full production,” but he says he just can’t farm that land like he used to.

He wants the province, the city, or whoever is in charge, to start dredging the creek again to remove the gravel that has accumulated in the 30 years since the practice stopped.

“No matter who has been in power, all parties have had this hands-off approach when it comes to the creeks, about cleaning them up.

“They use an excuse, as far as I’m concerned, that it’s a fishing problem, but I don’t think that’s the case. Because we used to have a lot of Kokanee in Mission Creek and now we have nothing. So there is certainly no correlation between them stopping gravel cleaning and a rebound in the Kokanee count,” McMillan argues.

He adds that there was talk of more flood protection work, including building levees or berms, as part of the Mission Creek Restoration Initiative, but nothing has been done since 2016. In 2017 and 2018 there was also significant flooding along along the creek, which they include in their farm

He says it’s becoming too prevalent and more extreme. “And part of that is climate change, but to me, a big part of it is the way the province manages the creek now.”

McMillan says her home is on high ground, but she worries what will happen to those who live closer to the creek and in more densely populated areas of the city if these extreme rain events start to happen more often.

He argues that the damage to homes and infrastructure could add up to far more than the cost of improving flood control measures.