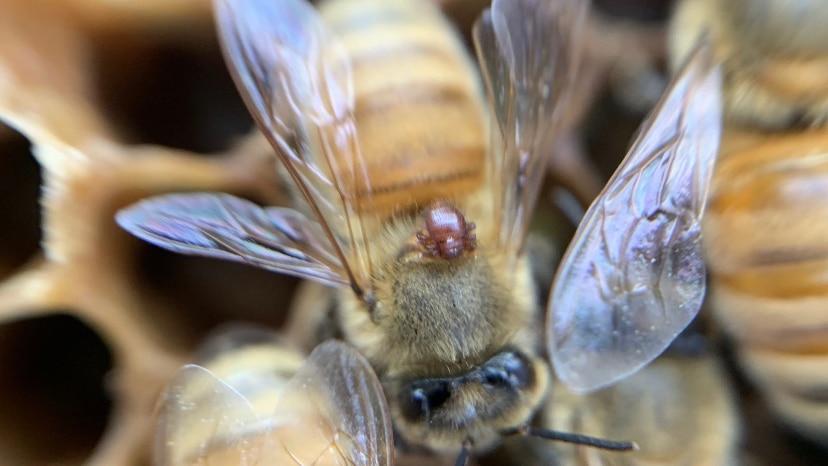 Two and a half months after varroa destructor was detected in New South Wales, another exotic pest of honey bees was found in the state for the first time.

The Braula fly, endemic to Tasmania and to every continent in the world, was detected in Victoria during surveillance for varroa mite in almond hives last month.

The NSW Department of Primary Industries (DPI) has now confirmed a braula fly detection through the illegal movement of hives from Victoria to NSW.

“NSW DPI has negotiated the immediate return of the hives to Victoria and is working with the owner to ensure there is no risk of these hives spreading and NSW remains braula free,” a spokesperson said.

“Braula is a wingless fly that lives in honey bee colonies, but is not considered a major pest or threat to honey bee welfare.”

It is a notifiable pest in New South Wales, meaning growers must report any detections to the authorities.

NSW Beekeepers Association President Steve Fuller said while it is not a significant threat to bees, the detection of another exotic pest remains of great concern.

“It’s not a bad pest like varroa, it’s a pest that actually feeds on honey, so it damages the honeycomb, so honeycomb producers or what we call chunk honeycomb have to freeze it now before they can sell it.” , said.

“The larva burrows through the comb and makes tunnels. It is just a thing that makes it look ugly and it can also carry larvae from one place to another.

“It’s a wingless fly, it’s a really unique fly, so it pretty much jumps on bees and just spreads from hive to hive that way.”

Queen bees in the spotlight

While the small, reddish-brown braula fly closely resembles the varroa mite, Fuller said it was easy to tell apart once people knew the difference.

“It’s just a matter of taking a good look at it and you’ll see that it’s not varroa, but if you’re not sure, it’s sure that the wind puts it on you,” he said.

Braula flies prefer to attach to the queen, rather than worker bees or drones, and that could be a problem for queen breeders selling to braula-free states.

“The easiest place to find them is to look for the queen, once you find the queen she can sometimes have half a dozen or more on her,” he said.

“They like to jump on it for some reason.

“We haven’t seen any significant change in the queen’s ability to lay eggs, but if you sell queens, that’s another thing that becomes an issue.”

Fuller said the braula fly had already been eradicated multiple times from Victoria.

But the NSW DPI has confirmed that the hive movement was illegal and will be investigated.

Get the latest rural news