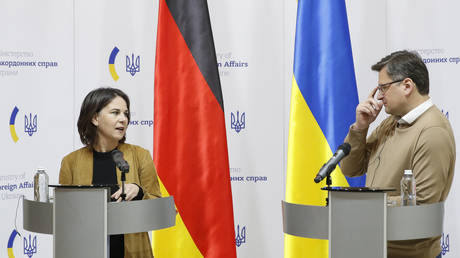 The conflict in Ukraine has revealed the negative effect of decades of low defense spending by members of the bloc, according to a draft European Commission document.

The European Union has listed deficiencies found in its defenses that have been exposed due to the conflict in Ukraine, media reported on Friday after reviewing a draft European Commission document.

According to the document, which was seen by the Bloomberg news agency and the Spanish newspaper El País, the main gaps included air and anti-missile defense systems; ground, air, and sea combat capabilities, such as submarines and tanks; as well as secure satellite connectivity and cyber defense.

Member states also experienced ammunition and missile shortages due to their shipments to Ukrainian government forces in the midst of a conflict with Russia.

The draft document noted that events in Ukraine have significantly deteriorated the security landscape in the EU and revealed the negative effects of decades of low defense spending by members of the bloc.

The European Commission is proposing a new investment instrument, called Defend-EU, to centralize defense spending in the EU and make it more efficient. It should allow the 27-member union “map, coordinate, and incentivize joint development, acquisition, and ownership throughout the full lifecycle of defense equipment.” The document insists that joint arms purchases should become a norm and not an exception in the EU.

Brussels is also seeking to lift current exclusions from the European Investment Bank on defense projects and eventually set up a new joint procurement entity for the bloc.

Another suggestion is to introduce a unique EU solidarity reimbursement scheme, which will see other members help the countries that sent the most weapons to Ukraine to replenish their stockpiles.

The Commission estimated that EU countries will increase their defense spending, which was around 200 billion euros in 2021, by another 60 billion euros this year due to the conflict in Ukraine.

However, he acknowledged in the draft that the EU did not have much room left to boost its defenses within its current budget that had been approved in 2020. The authors of the document suggested a more thorough discussion of the events in Ukraine within the EU. with the aim of reviewing the needs of the European Defense Fund.

The draft of the document could be presented to EU ministers next week, the press reported.