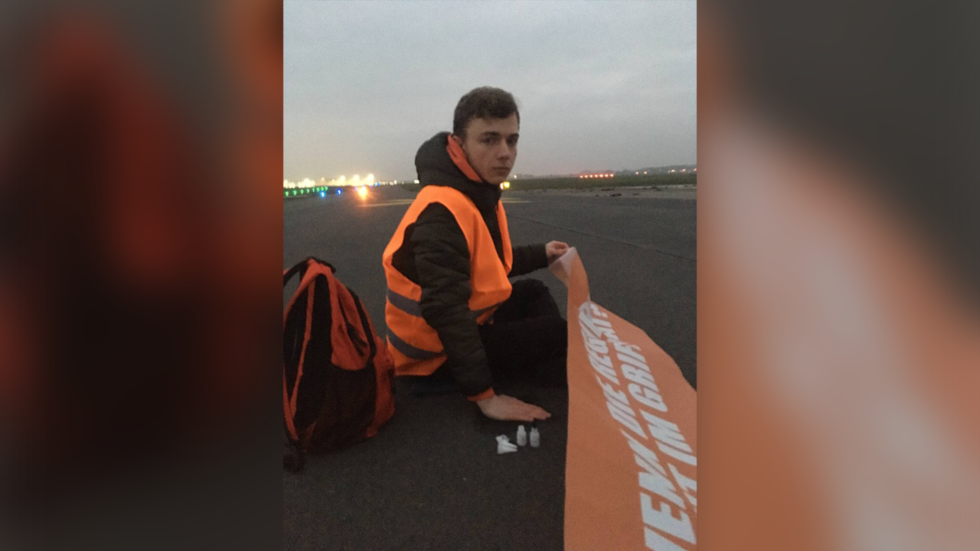 Several people from the environmental group Last Generation took to the runway and stuck to the tarmac.

At least 13 flights had to be diverted from Berlin Brandenburg Airport on Thursday after several eco-activists took to the runway and clung to the tarmac to protest greenhouse gas emissions.

The environmental group Last Generation has since claimed responsibility for the brazen move, describing it as an attempt to persuade the public to stop flying and force the government to stop subsidizing air travel. The same group is responsible for recent attacks on priceless paintings by Vincent van Gogh and Claude Monet.

“In the non-public area of ​​the airport, we encountered several individuals who had previously gained unauthorized access and some of whom had stuck themselves (to the tarmac).” Berlin police announced on Twitter after the activists were detained and removed from the building and the airport was able to resume operations after being closed for nearly two hours.


A spokesman for the airport said that a group of activists, including a 70-year-old man, managed to get onto the runway from two points in the north and south. He could not say exactly how many flights were affected by the incident, but the airport’s operating company said at least 13 flights had to be diverted to nearby airports.

The latest generation has been responsible for several protests in the German capital in recent weeks, blocking public roads and intersections. German Transport Minister Volker Wissing noted that the Next Generation protests are increasing “More dishonest” and insisted that society cannot accept such behavior.