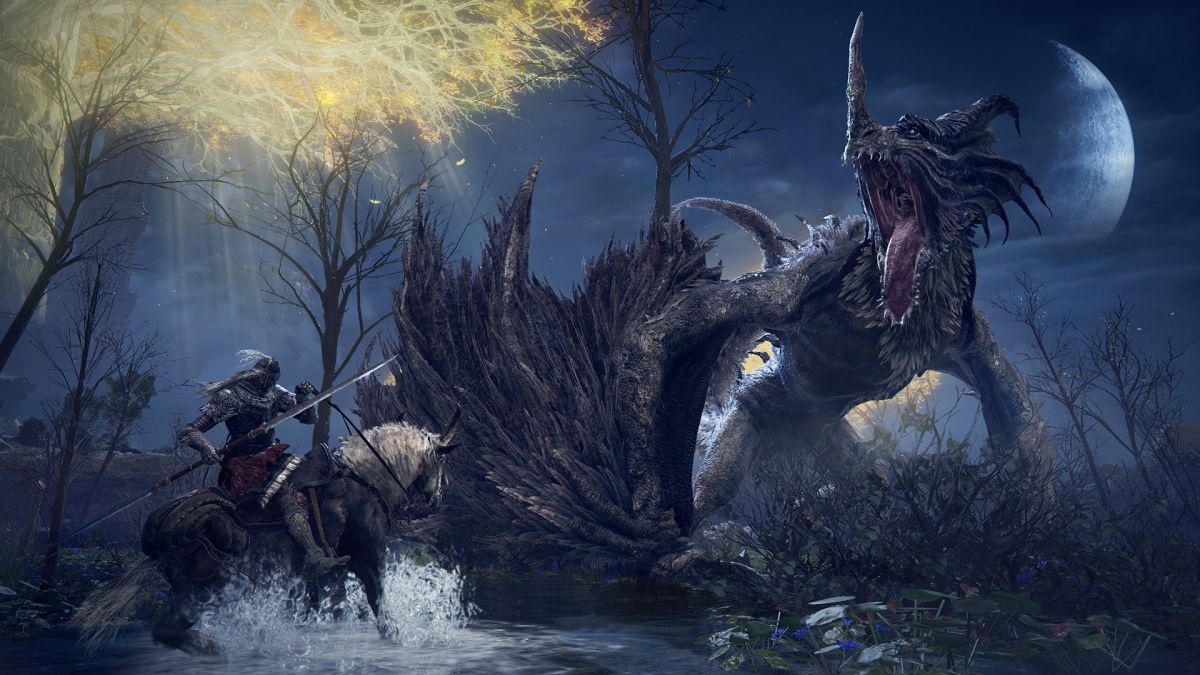 For all its popularity, Elden Ring is nowhere near the most played game of the year and is unlikely to grab the title by the time 2022 is over.

That’s according to Mat Piscatella, CEO and video game industry adviser at market research firm NPD. The commercial popularity of Elden Ring was put into stark comparison when Piscatella shared a list of the 10 most played games in the US during the first quarter of this year on Twitter (opens in a new tab) (thanks, GamesRadar (opens in a new tab)).

The list includes several gigantic titles that have dominated the gaming industry since their release, such as Minecraft, GTA 5, and Fortnite. Joining them are massive franchises and household names, including Call of Duty: Vanguard, Warzone, The Sims 4, and Among Us.

A couple of sports games also made it to the top 10, NBA 2K22 and Madden NFL 22, along with Animal Crossing: New Horizons. As Piscatella highlights, half of the 10 most played games of the year so far weren’t released in this decade, and Elden Ring isn’t among them.

Elden Ring reportedly ranks 20th on the list, behind multiplayer games like World of Warcraft and Rocket League, as well as major single-player titles like Skyrim. Piscatella’s list does not include absolute numbers of the game’s estimated player counts, nor does it reveal the size of the sample used to generate the findings.

do not get surprised

Elden Ring may have sold over 13 million copies, mesmerized critics, and taken the world by storm, but it’s no wonder it hasn’t landed high on the most played games list. Not only was it released in February of this year, but the top-performing titles are those that can cement themselves in the spirit of gaming while reaching all audiences.

Although Elden Ring’s position could increase by the end of the year, it is unlikely to break the top ten. As a primarily single-player game rated for mature audiences, it will never have the appeal among audiences that enjoy Fortnite or Among Us. And while its Invasion mechanic is a novel approach to social gaming, the absence of live service elements capable of regularly drawing players through seasons of new content means its best-selling period is long past.

However, there are some unexpected entries in the list. Call of Duty: Vanguard made it into the top 10, despite Activision previously expressing disappointment with the game’s sales figures, which were down 36.1% from 2020’s Call of Duty: Black Ops Cold War.

The popularity of Animal Crossing: New Horizons is also quite surprising. Although it’s a beloved series that resonates with people who aren’t usually lumped together in a broader gaming culture, New Horizons launched more than two years ago. The fact that it can still control such a high number of players speaks volumes about the allure of social simulation games, as well as the business boost it received during the early days of the Covid-19 pandemic.

Remember, this list only details the most played games in the US. The popularity of games in other regions would look very different, although we expect Elden Ring to not be in the top 10 just yet.