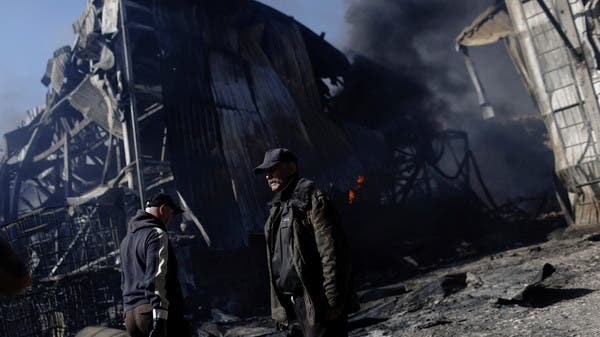 Eight civilians were killed on Sunday after Russian shelling in Donetsk and Kharkiv, governors of the regions said, as Moscow forces push further into Ukraine’s east.

The deaths come as the Russian military refocuses its efforts in eastern Ukraine, particularly the Donbas region, which incorporates Donetsk and Lugansk.

Four were killed in a shelling in the Donetsk town of Lyman, the regional governor said.

“On May 1, four civilians were killed in Russian shelling in the Donetsk region, all in Lyman. Eleven other people were injured,” Governor Pavlo Kyrylenko said on Telegram.

Another person had died of his injuries in a town near Lyman, he added.

Lyman, a former railway hub known as the “red city” for its red-brick industrial buildings, is expected to be one of the next places to fall to the Russian military after Ukrainian forces withdrew.

In the past 24 hours, Russian forces appeared to have made notable gains around the city, advancing several kilometers on their positions, an AFP team in the area said.

Three other people were killed in shelling in residential areas in and around Kharkiv, Ukraine’s second largest city, regional governor Oleg Synegubov said on Telegram.

“Unfortunately, as a result of these bombings, three people were killed and eight civilians were injured.”

The Ukrainian army has also withdrawn from Kharkiv, its troops now in outlying positions, according to AFP journalists who recently visited the city.

President Volodymyr Zelenskyy recently acknowledged that the situation was “difficult” in Donbas, the eastern Ukrainian mining area that has become the priority target of Russian troops, who invaded Ukraine on February 24.