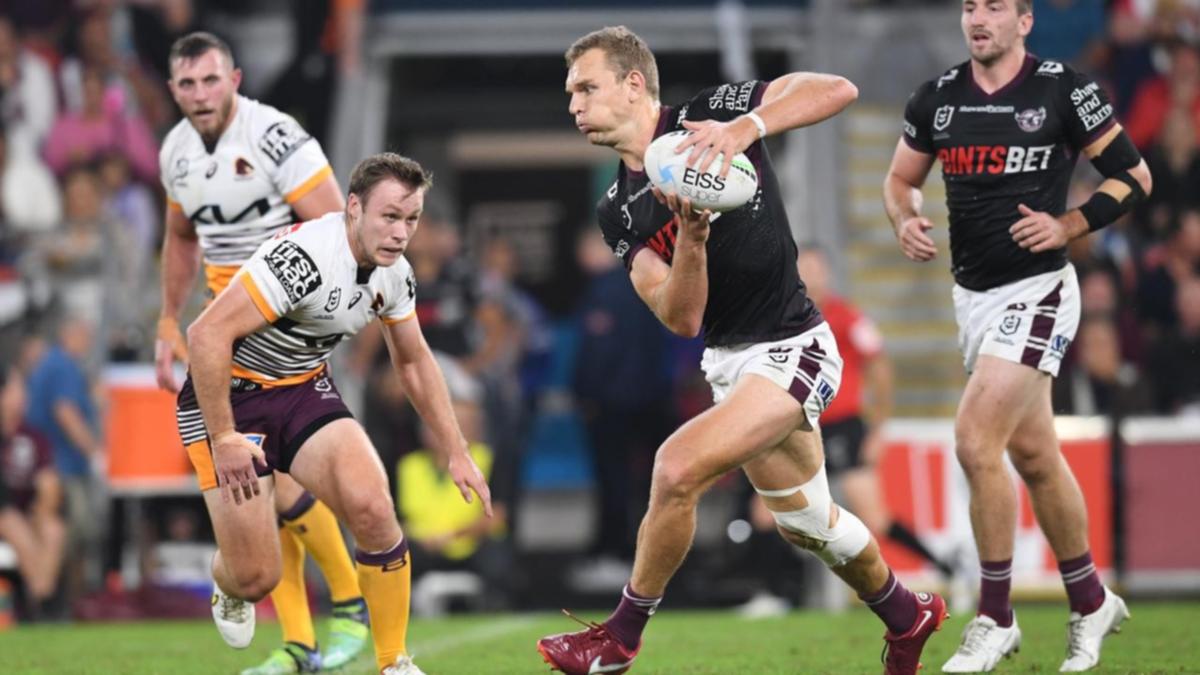 The Parramatta leaders have been asked to do just that, while the Manly bigwigs have taken it upon themselves to lift as NRL rivals look to rediscover that winning feeling.

The teams meet on Friday, each with just two wins from their last five games and coming off painful defeats in the Brisbane Magic Round.

The Eels gave the Sydney Roosters an early lead in a 31-24 loss, while the Sea Eagles went scoreless for the first time since 1999 in a 38-0 humiliation to the Broncos.

It has led to some soul searching, and similar findings, ahead of Friday’s clash at CommBank Stadium.

“It’s about our mindset and attitude when we go into the game. It’s up to our veteran players,” Eels coach Brad Arthur said.

“At the end of the day, the rest of the team will follow his leadership and his mindset. We need all of our senior players to step up.”

Criticized after a lackluster night against the Broncos when the status of his rehab knee was questioned, Manly’s star fullback Tom Trbojevic admitted he needed to answer.

“(It’s been) a tough week, it wasn’t a good reflection of us as a football team,” he said, noting that a stuffed thigh affected his performance.

“That’s why I looked a bit red-haired… people can speculate and say this or that, but the knee was not a problem.

“It’s good when people talk about you, it’s not always nice, but that’s just part of the sport.

“I pride myself on my ability to play, every week you put pressure on yourself to perform.

“I haven’t been able to do that at certain times this year and certainly not on the weekend.”

Manly has had the measure of the Eels of late, winning their last three meetings, including a 56-10 blowout that included 28 points for Reuben Garrick.

Their last loss to the Eels was in 2020, also their most recent loss at CommBank Stadium, where they are 3-2.

In that game, Garrick was denied the winner when Trbojevic’s pass to his winger was controversially disallowed.