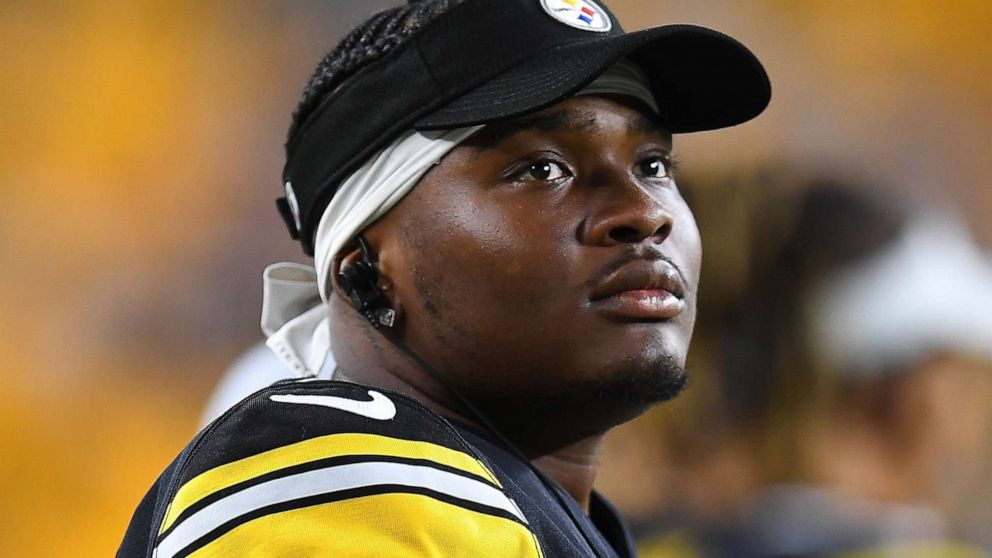 The incident occurred on I-595 in Fort Lauderdale on April 9.

Pittsburgh Steelers quarterback Dwayne Haskins was walking down a Florida highway to get gas before he was fatally hit by a dump truck earlier this month, his wife apparently told a dispatcher in recently released 911 calls. .

Haskins, 24, was walking on the west side of Interstate 595 in Fort Lauderdale on the morning of April 9 when he collided with an oncoming dump truck, according to the Florida Highway Patrol. He was pronounced dead at the scene.

The Broward County Sheriff’s Office on Wednesday released 911 calls about the incident, including from a caller who said it was his wife, Kalabrya Haskins.

“I’m calling because my husband is stuck on the side of the road,” his wife told the dispatcher. “He had to walk to get gas and he said he was getting back in the car on the road.”

She said she was in Pittsburgh and hadn’t been able to get in touch with her husband, so she asked to see if anyone could come check on her.

“That’s not like him, not calling me back,” he said, after giving the dispatcher his approximate location.

The dispatcher responded, “I don’t want you to panic, but I’m going to be honest with you, we have an incident on the road, but I can’t confirm if it’s your husband or not.”

The dispatcher said there was an accident and state and rescue troopers were there. He wrote down his wife’s contact information and told her to stay by her phone for a possible update.

Authorities also released 911 calls made by several distraught witnesses who said they saw a man hit by a dump truck on I-595. Other callers reported seeing a body on the road. Several callers said they were coming from nearby Fort Lauderdale-Hollywood International Airport.

Haskins was walking on the west side of I-595 and entered the travel lanes in the path of the dump truck in the center lane of the highway, according to the Florida Highway Patrol’s final accident report on the incident.

A second driver tried to avoid him, but the second car also came into contact with Haskins, according to the report, which was released Wednesday.

There were no distractions or vision problems on the part of the two drivers, according to the report.

A witness told authorities that a third car may have been involved, but provided no information beyond the color of the vehicle.

Haskins was training in Florida with other Steelers players at the time, according to ESPN.

A “public celebration of life” is planned for Haskins in Pittsburgh on Friday, his family announced.

“I want to thank everyone for their continued outpouring of kindness and love for my husband during this extremely difficult time,” Kalabrya Haskins said in a statement about the plans.

During the service at the Allegheny Center Alliance Church in Pittsburgh, “his legacy will be honored with stories told by teammates, coaches, friends, family and loved ones,” he said.