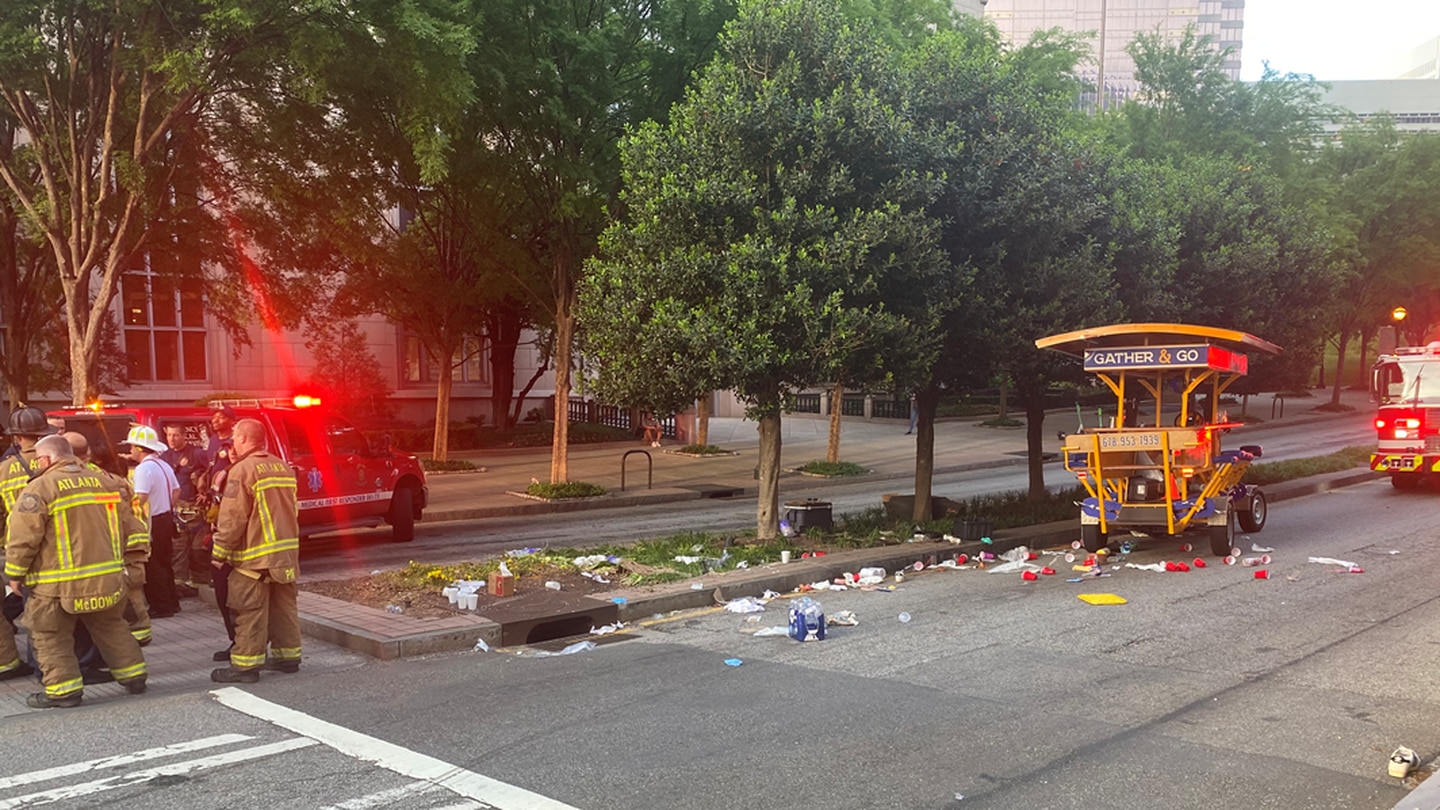 ATLANTA — According to the Atlanta Police Department, Pedal Pub Atlanta was involved in an accident at 14th Street and West Peachtree.

Police said a Pedal Pub with multiple passengers was trying to turn, but they were going too fast and flipped over.

There were a total of 15 people injured on the party’s bike ride, according to Atlanta Fire and Rescue.

At least two people are in critical condition, three with serious injuries, 10 with minor injuries, according to Atlanta Fire and Rescue.

Police say the pedal bar driver, who was supposed to drive the vehicle, was charged with DUI and a business permit violation.