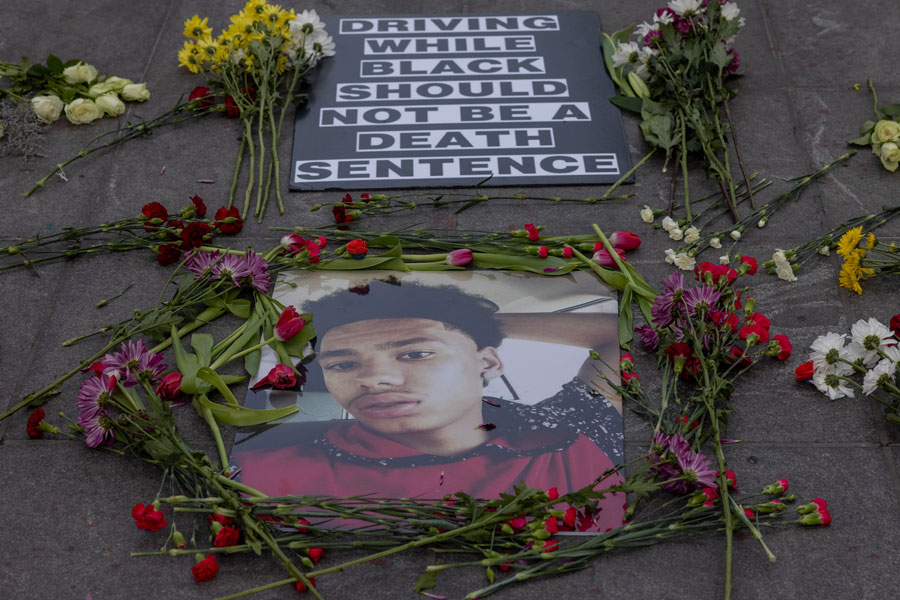 BROOKLYN CENTER, MN – The family of Daunte Wright, who was shot and killed during a traffic stop while resisting arrest in 2021, will receive $3.25 million from the City of Brooklyn Center, Minnesota in connection with his death.

The agreement between Wright’s family and the city has not yet been finalized, according to reports, and is scheduled to also include a review of police policies related to traffic stops, bias training and de-escalation, according to the parents. of Wright, Katie and Arbuey Wright. .

“We hope that Black families, people of color and all residents feel safer now in Brooklyn Center due to the changes the city must make to resolve our claims,” ​​they said in a statement.

Wright, 20, was a suspected gang member and had a long and well-documented criminal history. He had been pulled over on April 11, 2021 for a traffic violation when Brooklyn Center police officers discovered he had an outstanding warrant for his arrest in connection with a firearm he had used to rob a woman he had allowed he and a friend crashed into it. apartment for the night.

It was this warrant for his arrest that caused the officers to attempt to arrest him; Wright was seen on police body camera footage resisting and attempting to get back into his car to flee the scene.

At the time, Officer Kim Potter, a 26-year veteran of the Brooklyn Center Police Department, accidentally mistook her firearm for her taser and fatally shot Wright while he was actively resisting arrest. Potter, now 50, would later be convicted of first- and second-degree involuntary manslaughter and sentenced to two years in prison.

In addition to Wright’s robbery at gunpoint of the woman who allowed him to sleep in her apartment, the young man has been described as a violent repeat offender by two civil lawsuits that have been filed against his estate alleging that Wright shot and wounded seriously to two people on separate occasions, including a 16-year-old boy and a former classmate.