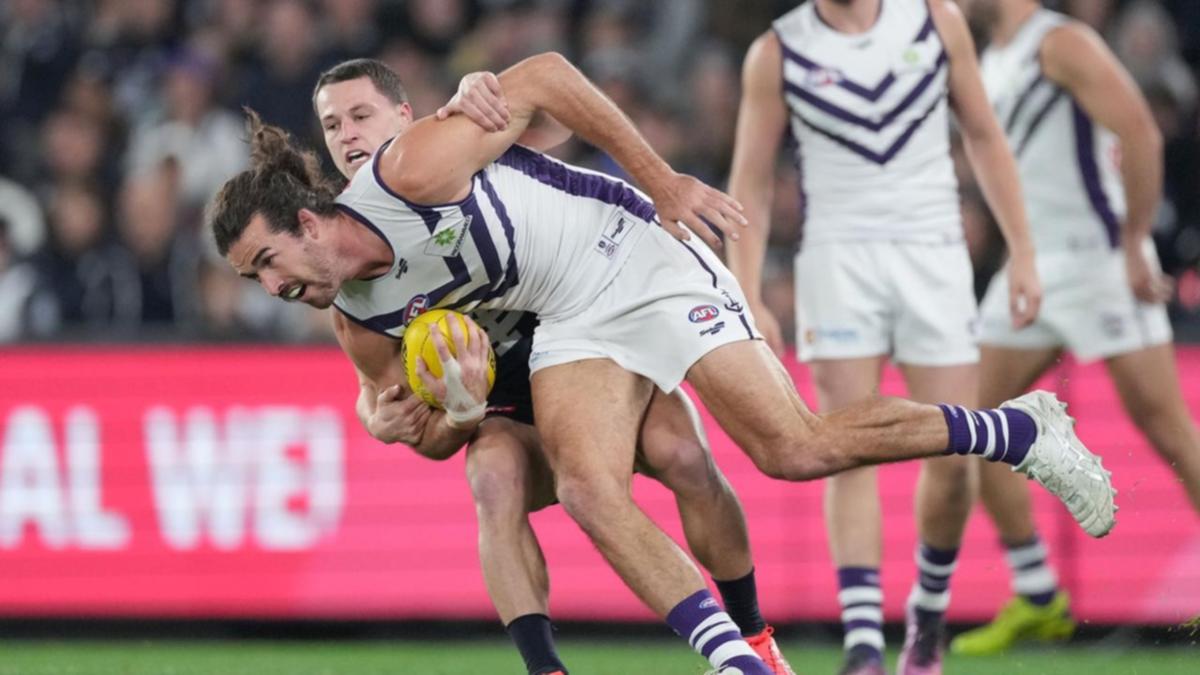 Fremantle is hoping key defender Alex Pearce will return from injury as manager Justin Longmuir dismisses suggestions that the keys to his AFL side have been unlocked.

Pearce is expected to return from a calf injury that ruled him out of last Saturday’s 17-point loss to Sydney.

The Swans used patient possession-based tactics in their victory, recording 127 hits to Fremantle’s 70.

But Longmuir dismisses suggestions that the ploy is how to dismantle his fourth team.

“Probably a lot has been done about the way Sydney did it, especially in that third quarter,” Longmuir told reporters Tuesday, referring to the Swans’ 3.4-0.4 third term.

“We were too slow to react and adapt and we didn’t have the proper energy that we needed.

“We covered that, but there were other aspects of the game that disappointed me more.

“Out of lockdown, they won the one-on-one and critical contests…so that was pretty disappointing.

“I think we’ve shown that we can defend that kind of ball movement all year. It’s been one of our strengths and we just had a fourth out.”

As well as Pearce’s likely return, the tall and versatile Rory Lobb was expected to overcome a shoulder injury and play Richmond on Friday night at Melbourne’s Marvel Stadium.

“In the last couple of days he’s taken a step in the right direction, so I’m hopeful,” Longmuir said.

“He’s an important player for us, he structures us very well and it’s the second ruck, so we’ll give him every opportunity.”

And despite eighth-placed Tigers losing to bottom-placed North Melbourne, Longmuir was wary of Damien Hardwick’s side team.

“So they’re going to push for a four-quarter effort and we need to produce the same thing.”

“They are all important (games), aren’t they? And they all have great meaning and ramifications.

“We’re not trying to get caught up in the results and the ladder positions.

“We need to get back to playing our brand of football for longer, so we’re working hard.”

“But it’s an exciting time of year and the ramifications are high and we understand that, but we just have to make sure we stay really focused and process-oriented.”