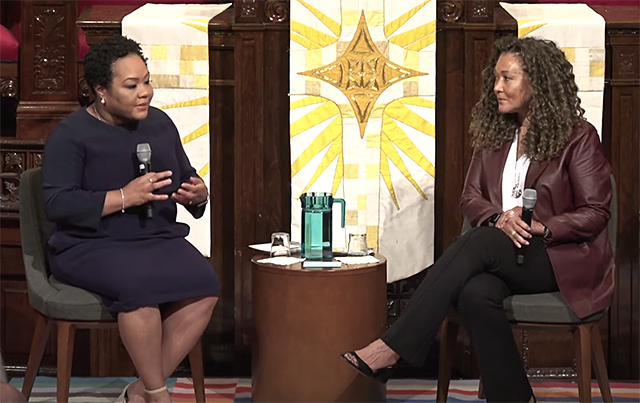 If you can spare 70 minutes, watch yesterday’s Westminster City Council Forum programme, “The Arch to Justice”. with two journalists whose work I have admired for many years: Yamiche Alcindor and Michele Norris.

If you consume quality journalism, you know those names. Alcindor, a former member of the PBS Newshour, the best news program on television, is now the moderator of “Washington Week” on PBS and a correspondent for NBC Washington. Norris (a Minneapolis native) currently writes a column for the Washington Post and was a longtime host of NPR’s “All Things Considered.”

I couldn’t make it, but I watched it online last night and so can you (link below). It wasn’t so much about the police killing of George Floyd (although that was often mentioned) as it was about the underlying issues of race and policing, and the state of race relations in America.

The notes I took were pretty useless, so I won’t attempt to summarize the conversation (technically, Norris was the moderator and Alcindor the guest). They were just two very smart and substantive reporters from Washington who talked quite a bit about the George Floyd case, but much more about racial issues as they have experienced in their own lives and jobs.

They didn’t give any news. And it was about more than the Floyd case, but a little bit about journalism in general, and especially journalism about race from the point of view of two very intelligent and experienced women of color.

But don’t waste any more time reading me. Instead, spend as much time as you can listening to the discussion, which you can access right here.