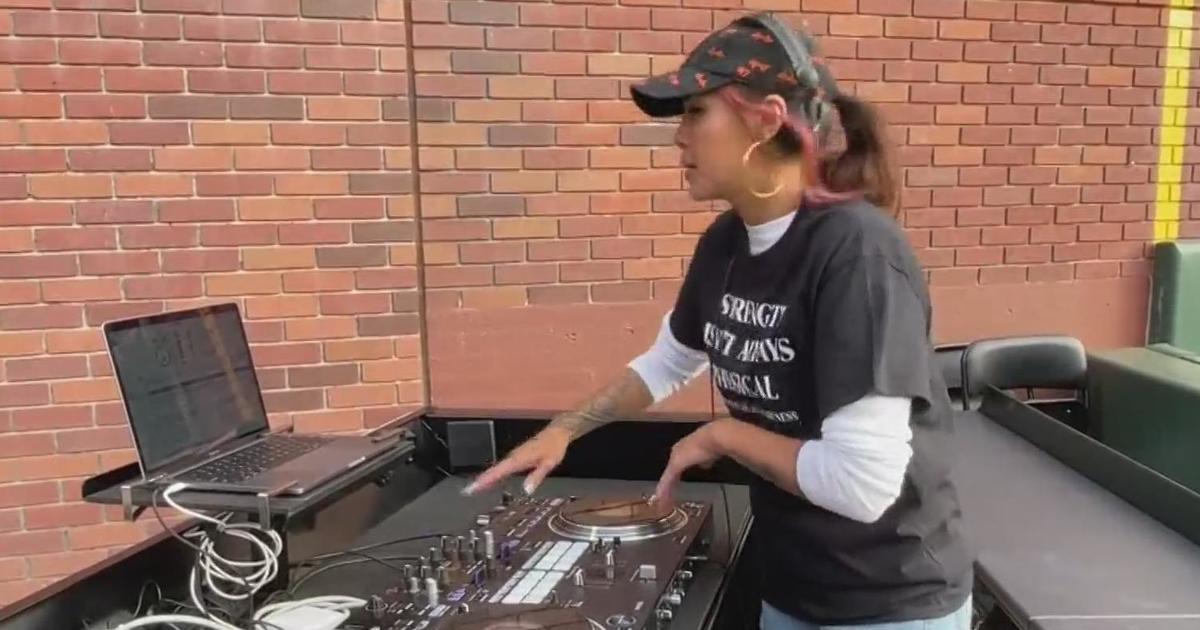 SAN FRANCISCO – You may not know his name or recognize his face, but if you’ve ever been to a local sporting event, chances are you’ve heard his sound.

The sound comes from Ieanna Cruz, who once behind two turntables transforms into “DJ Umami,” a rotating DJ for the Golden State Warriors and resident DJ for the San Francisco Giants.

Cruz told KPIX 5 that he grew up around music as a child.

“I had a difficult childhood, my parents got divorced and I had to move around a lot,” Cruz recalls. “And for me music was an escape.”

While listening to R&B and eventually hip-hop, escaping started out as a hobby until one day a club promoter gave him the chance in 2007.

“That was like almost being pushed into a pool and learning how to swim,” Cruz said. “It was a terrible set. If I went back to that set and listened, I would cringe.”

The turning point for DJ Umami came seven years later, in 2014, when she DJed at the start line of the Nike Women’s Half Marathon in San Francisco in front of 22,000 people.

“And the energy was crazy to me … and then I thought if I could do this, I wouldn’t have to worry about being nervous about anything else,” Cruz said.

Today, he hones his skills inside a small Oakland studio. Where you practice mixing and scratching and even plan playlists.

“Reading the crowd is an art, sometimes you go to a party and you have a plan, and then it all goes out the window,” Cruz told KPIX 5. “But I’m more proud when I get to go with a small crowd, too.” There’s something to be said for having 10 people at a party and having everyone dance.”

While Cruz has become an established DJ playing sporting events, parties and clubs, she said being a Filipino woman in a male-dominated industry still has its challenges.

“I still show up to a gig and another DJ that I’ve never played with before will start messing with my levels, like he doesn’t know how you know or tell me I need to hook this up this way,” he said. Cross.

But she also knows that when she’s on stage, behind those turntables and transforming into DJ Umami, she becomes a role model for young girls and other women.

“I didn’t realize taking on this role, I would have to be more of a feminist and push this narrative forward and work so hard to continue to inspire younger women to be comfortable taking on roles like this,” Cruz said.

I was born in Oakland, raised in the East Bay, and went to college in San Francisco, where I graduated with a BA in Broadcasting from San Francisco State University (Go Gators!).