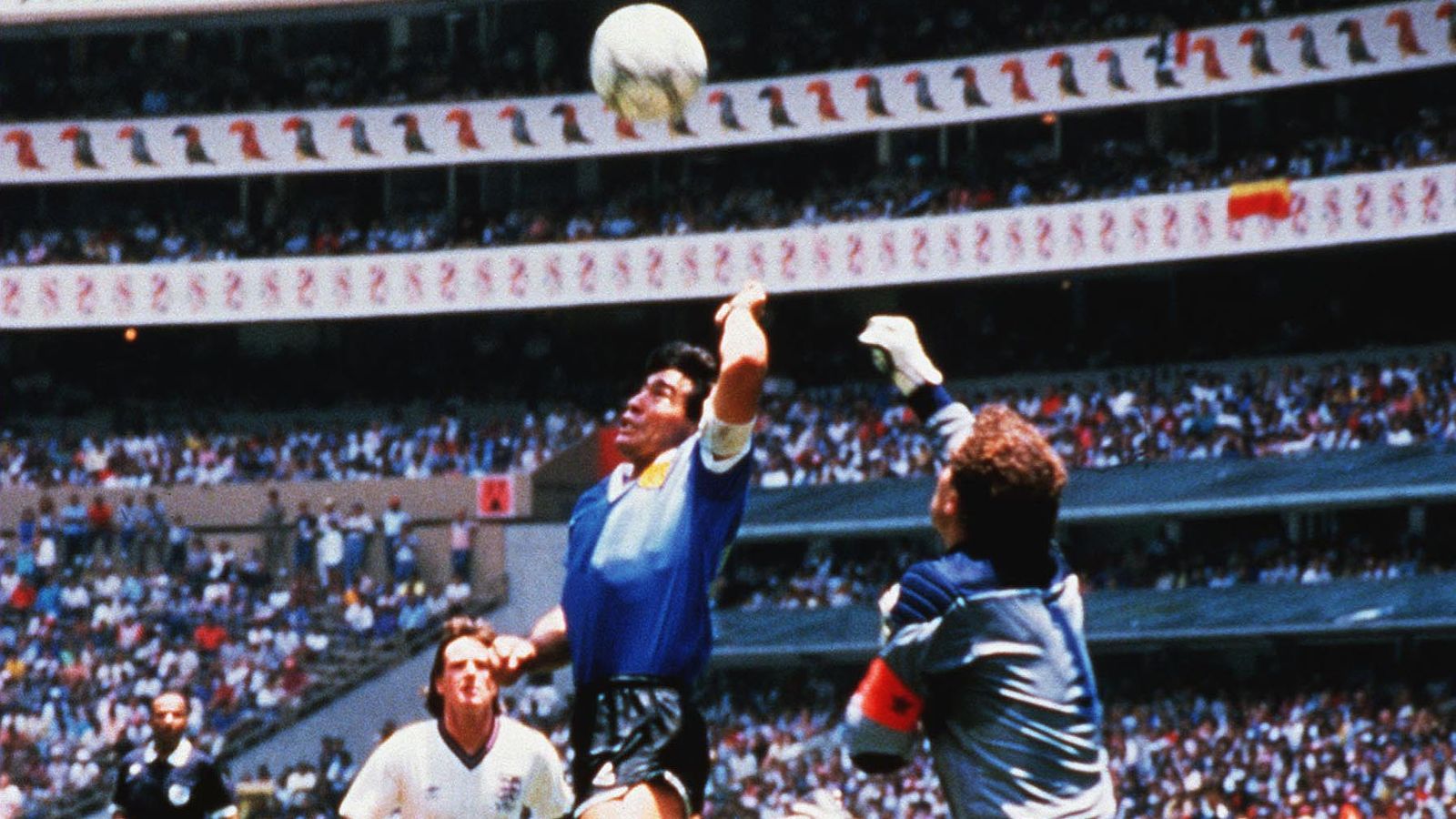 The shirt worn by Diego Maradona when he scored two of the world’s most memorable goals, to knock England out of the 1986 World Cup, sold for more than £7m at auction.

During the quarterfinals at the Estadio Azteca in Mexico, the ball clearly hit the Argentine player‘s hand before curling into the net for the first goal, which became known as the ‘Hand of God’.

At the time, the striker described the goal as made “a little with Maradona’s head, and a little with the hand of God.”

The match also saw the football great, who died in 2020he scored the “goal of the century” when he dribbled past a host of English players before scoring against goalkeeper Peter Shilton in a 2–1 victory in Mexico City en route to his team’s victory in the tournament.

The shirt sold for £7,142,500, marking a new auction record for a sports memorabilia, according to Sotheby’s.

Brahm Wachter, Sotheby’s head of streetwear and modern collectibles, said there was “absolute enthusiasm” during the bidding.

“In the weeks since we announced the auction, we have been inundated by sports fans and collectors alike, with palpable excitement in the air during the public display, and this unfiltered enthusiasm was reflected in the bidding.

“This is arguably the most coveted football shirt ever auctioned, so it’s only fitting that it now holds the auction record for any such item.”

The shirt came from the collection of England midfielder Steve Hodge, who had inadvertently passed the ball to Maradona before the ‘Hand of God’ moment.

Hodge was the player with whom Maradona had exchanged jerseys after the game.

It was early in the second half that Maradona beat Shilton and used his hand to direct the ball past the England goalkeeper into the net.

The moment would outrage English fans for years to come, but no one could deny the Argentine’s brilliance four minutes later when he collected the ball near the halfway line and beat five England players before scoring.

If the ‘Hand of God’ goal had happened today, it would almost certainly have been annulled by the VAR.

Gary Lineker would give England hope with a goal later in the half, but manager Bobby Robson’s side could not find an equaliser.

It comes after Maradona’s eldest daughter questioned the authenticity of the shirt, telling Argentine radio station Metro that the shirt being auctioned was worn in the first half, and not the second when the goals were scored. .

But Sotheby’s told Forbes that an independent company had carried out an analysis using photos taken of the player in the second half, and that the authenticity was never in question when the shirt was on display at the National Football Museum for 20 years.