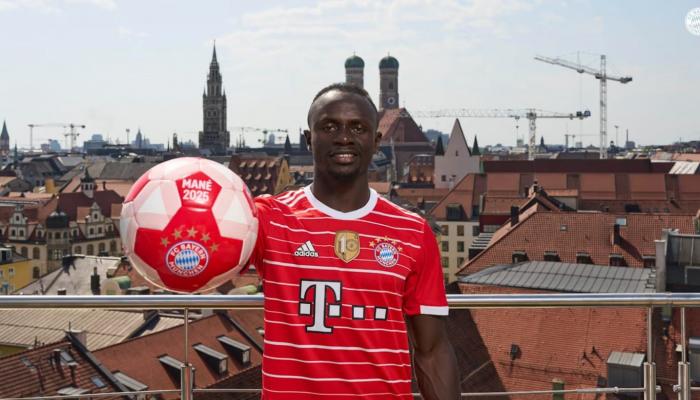 It is not the first time that he is with a German club, since he participated with the Red Bull Salzburg team.

The 30-year-old hopes to continue his brilliant career and increase his share of championships and titles with a club that does not miss out on podium finishes.

The price of Sadio Mane’s transfer has not been officially announced, but according to press reports, the total cost of his transfer is 41 million euros (32 million + 9 million additions).

Some may see this amount as a bit low for the Senegalese star, and this low price is due to the fact that Mane’s contract at Liverpool was on the verge of ending.

Sadio Mane’s contract with Bayern Munich extends to 3 years, and after the end of the contract, Mane will be 33 years old, so the Bavarian giant did not sign a contract for a long time.

But if the Senegalese star maintains his brilliance and form, he can stay in the team, as Robert Lewandowski is 34 years old, still offers a lot and is the top scorer.

Sadio Mane’s salary with Bayern Munich is 15 million euros per season, and of course it is more than what he earned with Liverpool.

And at Bayern Munich, the highest paid player is Robert Lewandowski, who earns 23 million euros per season.

For his part, Mane ranks ninth on the list of the highest paid Bayern Munich.

Sadio Mane scored a lot of goals for Liverpool and is always in the running for the top scorer, and was the Premier League’s top scorer in the 2018-19 season with 22 goals.

Mane’s goals for Liverpool in all competitions are 120 goals and he provided 48 assists.

Sadio Mane scored 111 goals in the English Premier League, 90 of them in a Liverpool jersey, during 193 games in which he participated in a Reds jersey, and also scored 21 goals in a Southampton jersey.

Of course, he was one of Liverpool’s most dangerous players and one of Jurgen Klopp’s most important offensive weapons.

Sadio Mane participated in the Champions League only with Liverpool and managed to win the title with them, while he participated with Southampton and Salzburg only in the qualifiers.

Senegalese star Mane scored 24 goals in the tournament for Liverpool.

All Sadio Mane championships and titles

Sadio Mane won many championships with clubs, while internationally he only holds one title, the African Cup of Nations.