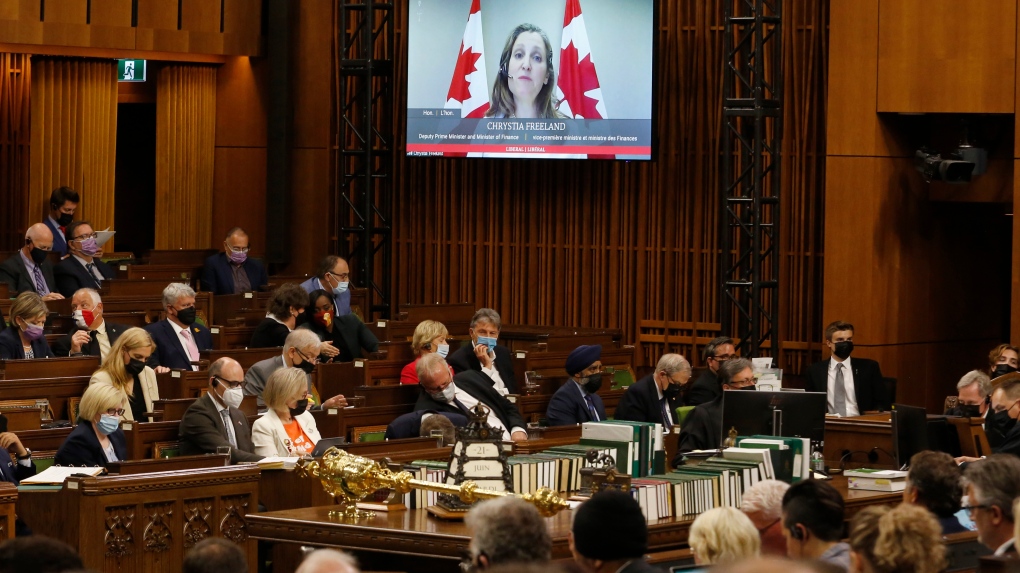 Parliamentary proceedings, including committees and debate in the House of Commons, were suspended due to technical problems on Tuesday night.

Some members of Parliament were unable to connect at all, according to Deputy Speaker Chris d’Entremont, and the House of Commons streaming service, Parlvu, was down.

Some parliamentarians debating Bill C-21, the government’s latest gun control legislation, chose to stop the debate because some participating members were virtually unable to participate.

The House of Commons and the Senate adjourn until Wednesday at 2 p.m.

The committee investigating the government’s use of the Emergencies Law was also unable to meet.

Sloly resigned amid intense criticism on February 15, a day after the federal government invoked the Emergencies Law.

At the time, the occupation of downtown streets by protesters demanding an end to COVID-19 restrictions and, in some cases, the Liberal government, had been going on for more than two weeks.

Sloly told another parliamentary committee on June 2 that Canada’s police and institutions were unprepared for the scale of the protests and the protesters’ organization and financial resources.

It is unclear what the pause in debate will mean for the government’s plans. The spring session is scheduled to end this week, but the Liberals have signaled they want to pass key legislation, including a law on extreme intoxication, before MPs take their summer break.