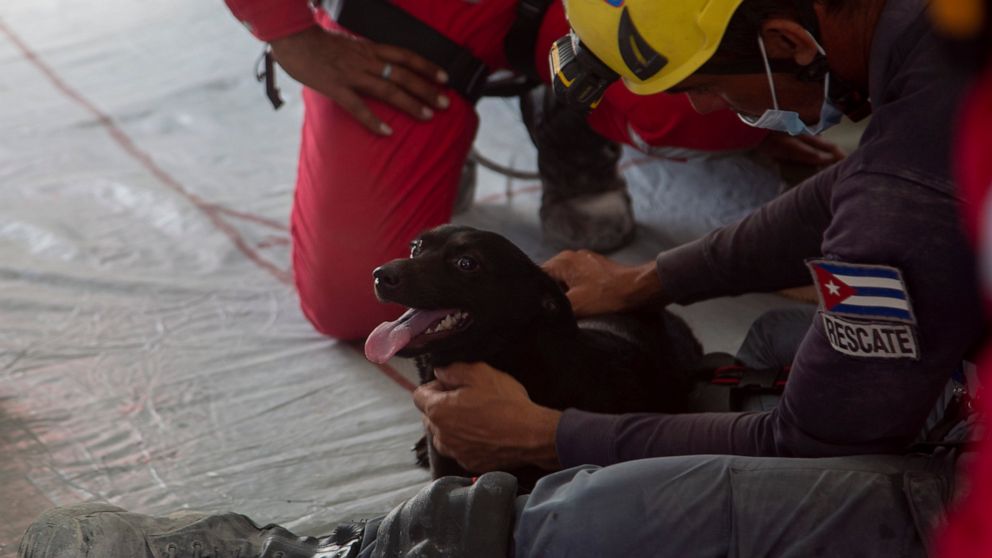 More bodies have been pulled from the ruins of a luxury hotel in Cuba’s capital, bringing the official death toll from a powerful explosion at the iconic building to 40.

HAVANA (AP) — More bodies were pulled from the ruins of a luxury hotel in Cuba’s capital Monday, bringing the official death toll from a powerful explosion at the iconic building to 40.

Dr. Julio Guerra, head of hospital services at the Ministry of Health, said at a press conference that more bodies have been recovered in recent hours. He added that there were still 18 people hospitalized for injuries caused by Friday’s explosion at the 19th-century Hotel Saratoga.

Search teams with dogs have been searching through the rubble at the hotel in Cuba’s capital.

Before the last update given by Guerra, the death toll was 35, and 20 injured were listed as hospitalized.

The 96-room, five-star hotel in Old Havana was preparing to reopen after being closed for two years when an apparent gas leak ignited Friday and blew the exterior walls onto busy streets in mid-morning just a block from the capital of Cuba.

Authorities said an investigation was underway to determine the cause of the explosion at the hotel, owned by Grupo de Turismo Gaviota SA, one of the companies run by the Cuban military.