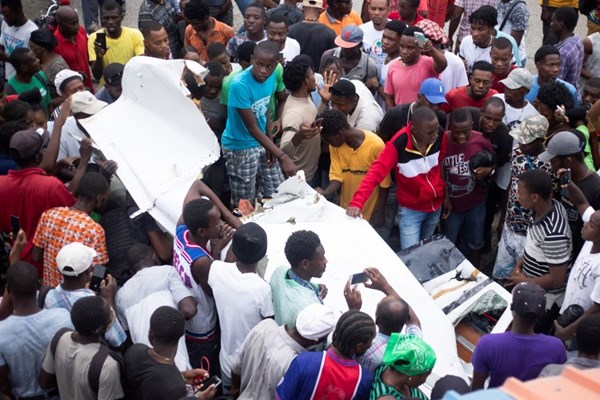 A small plane crashed on a busy street in Haiti’s capital Port-au-Prince on Wednesday, killing at least six people, including the pilot, authorities said.

Haiti’s Civil Aviation Administration said the plane took off from Port-au-Prince airport at 3:44 p.m. local time (7:44 p.m. GMT) and was headed for the city of Jasmil. He added that the plane experienced an engine failure and sent out a distress call at 4:04 p.m.

“My deepest condolences to the families of the victims,” ​​Prime Minister Ariel Henry wrote on Twitter, without mentioning the number of dead or injured.
Jude Edward Pierre, mayor of Carrefour, where the plane crashed, said six people were killed. A government source said the pilot died after being taken to hospital.