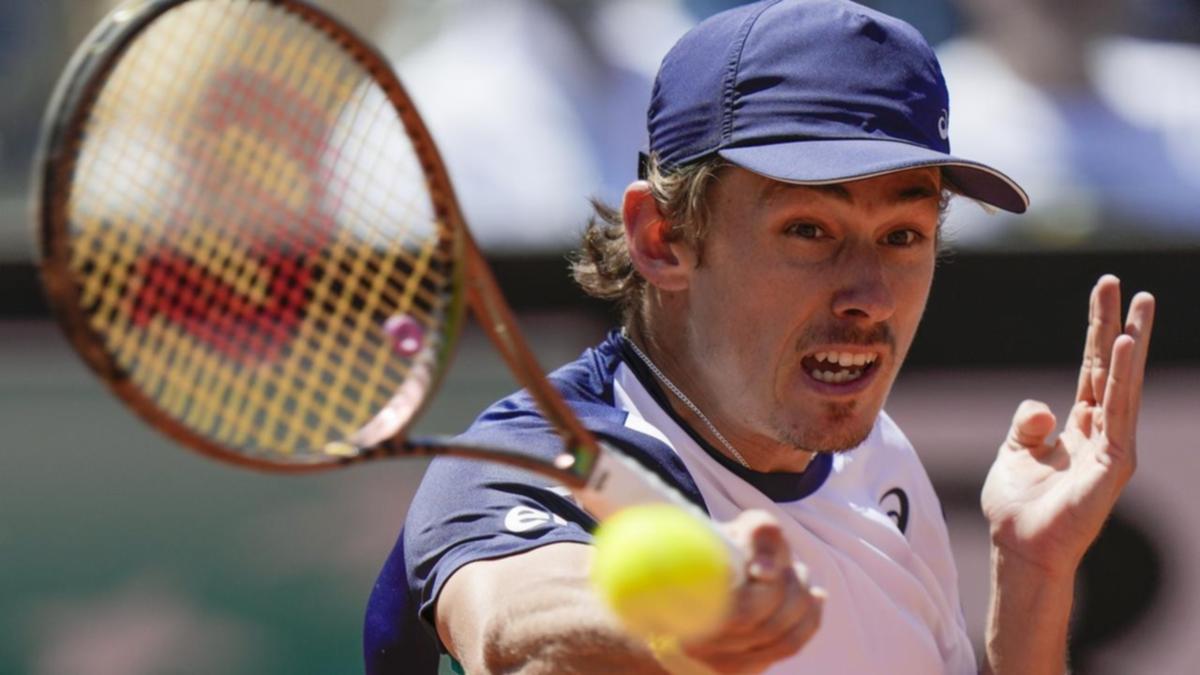 Alex de Minaur’s transformation from a serial struggler on European clay courts to an impressive contender has continued with the No. 1 Australian reaching the Lyon Open semi-final.

The 23-year-old’s preparations for the French Open couldn’t have gone any better, as De Minaur enjoyed a quick move into the last four on Thursday when his quarter-final opponent, Japan’s Yosuke Watanuki, withdrew with a problem. in the back after losing the first. set 6-4.

It means De Minaur has now reached a second clay-court semi-final in the span of a month, following his brilliant quarter-final duel with Carlos Alcaraz in Barcelona, ​​where the Sydneysider were beaten after holding match point against the Spanish child prodigy.

De Minaur was expected to account for the lucky loser, World No. 263 Watanuki, an old rival from his junior days who sits 242 places below the Australian in the ATP computer.

But in tricky windy conditions, Watanuki’s back injury eased De Minaur’s way as the Australian dug in and won the only break point of the first set before the Japanese had to admit defeat due to his painful back ailment. the back.

He received a sympathetic response from De Minaur, who comforted him after the handshake.

“I wish a speedy recovery to Yosuke, who I know very well from juniors,” de Minaur said.

“It’s tough. It was really tough, it was very windy. I was happy I stayed calm and did what I had to do.”

De Minaur’s next opponent in Friday’s semi-finals will be the fast-rising Alex Molcan, who beat Argentina’s Federico Coria 6-3, 6-2.

“It’s going to be another tough one. He’s had his best year and I’m ready for tomorrow’s battle,” de Minaur said of Slovakian southpaw Molcan, who packs a punch.