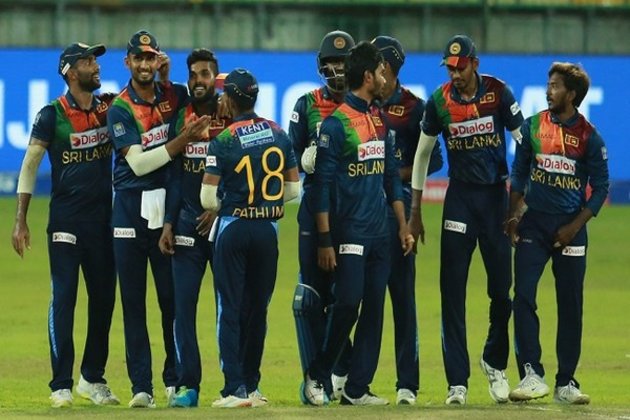 columbus [Sri Lanka]Jun 22 (ANI): Following his team’s thrilling four-run victory over Australia in the fourth ODI, Sri Lanka captain Dasun Shanaka said it seemed like a good idea to challenge himself by bowling last in instead of giving it to a spinner.

Charith Asalanka scored a match-winning ton, helping Sri Lanka make history by guiding them to a thrilling four-run win over Australia in the fourth ODI in Colombo and also to their first ever bilateral series victory at home over the mighty Aussies in three decades.

“Not really (if the pressure was on him in the final over), after the way Chamika threw in the 19th and gave me 18 runs to defend. It was the right idea for me to challenge myself than to throw a spinner . I was very confident in the score we put on the board,” he said in the post-match presentation.

“Charith and DdS (Dhananjaya de Silva) made a great partnership. Unfortunately we couldn’t capitalize on that platform, but we were happy with the total. Not just for me, but for the team, Sri Lankan cricket and the whole country. This (record victory) is much needed and I think it should be celebrated at this time,” he added.

It was a hard-fought match at the R Premadasa Stadium, Colombo, with every possible outcome down to the last ball. Ultimately, it was the Lankan Lions who emerged victorious and secured the five-game series 3-1, with one more game to play.

Batted first by Australia, Sri Lanka did not get off to an ideal start, losing Niroshan Dickwella (1), Pathum Nissanka (13) and Kusal Mendis (14) as the team scored 34.

So it was Dhananjaya de Silva and Charith Asalanka who rebuilt things for the Lankans. The duo led the Australian bowlers on the attack, putting together a useful 101-run position, which ended after all-rounder Mitchell Marsh sent Silva back to the pavilion for 60 of 61.

On the other hand, Asalanka bravely fought against the Australians. He held one end steady while the windows kept falling on the other end and shattered his first century ODI. He ultimately fell to pacemaker Pat Cummins by 110 when the team’s score was 256.

With the efforts of Asalanka, Dunith Wellalage (19) and Wanindu Hasaranga (21), Sri Lanka was able to reach 258 runs before losing all of their wickets.

Pat Cummins (2/37) and Mitchell Marsh (2/29) were the Aussies’ stars on the ball. Matthew Kuhnemann and Glenn Maxwell also got two and one wicket respectively.

Chasing 259, Australia lost the first match and captain Aaron Finch by a duck in the third. Then it was David Warner and Mitchell Marsh who put together a 63-run group to revive the chase on their side. The stand ended with Marsh falling to spinner Wellalage for 26.

Marnus Labuschagne (14) and goalie Alex Carey (19) couldn’t do much with the bat. Travis Head (27) put together another valuable 58-run position with Warner before falling to De Silva for 27. By this time, half of the Australian batting had returned to the pavilion with a score of 189.

Two quick scalps from Glenn Maxwell (1) and David Warner, who fell a run short of his century, turned the momentum in favor of the Lankans, reducing Australia to 192/7.

All-rounder Cameroon Green (13) and Pat Cummins tried to bring the Aussies back into the game, posting a 31-run position that ended with Green falling to spinner Jeffrey Vandersay. In over 49, Cummins also went down for a fighting 35, reducing Australia to 240/9 in 48.5 overs.

The equation was reduced to 19 needed since last time. Matthew Kuhnemann tried to lead his team to victory but fell four runs short after falling 15 to captain Dasun Shanaka on the final pitch of the match after Asalanka caught him on the decks.

Asalanka was awarded ‘Man of the Match’ for his match-winning ton. (AND ME)