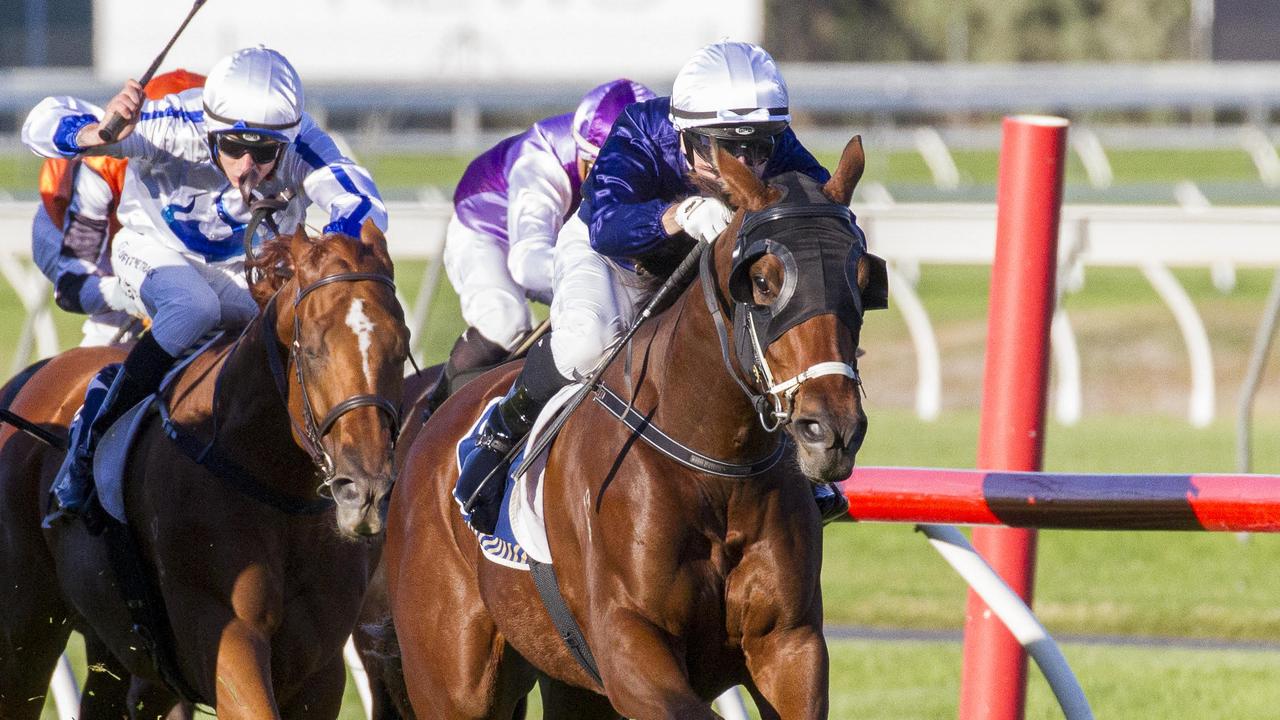 After crushing his rivals in the Port Adelaide Guineas, the talented three-year-old Harleymoven has been strongly supported in Saturday’s Group 3 Chairman’s Stakes at Morphettville.

Dan Clarken says all systems are banking on progressive Harleymoven as he continues his march to the Group 1 South Australian Derby.

The three-year-old gun is a dominant favorite for the traditional preliminary race, Saturday’s Group 3 Chairman’s Stakes at Morphettville, following his brilliant victory in the Listed Port Adelaide Guineas earlier this month.

Clarken hasn’t had such a talented horse in his care since Miracles Of Life secured a fairytale victory in Group 1 Blue Diamond a decade ago.

While it has had other black-type winners since then, none have had the Harleymoven advantage.

“Mileva excited us, Blue Morpho excited us when he won the Laelia (Stakes) at the time, but he’s up there, especially going into Group 1 after this, it’s great,” said Clarken, who now trains as a couple. with Oopy MacGillivray.

“He has done very well since the Port Adelaide Guineas, he has not taken a step back. If you look at it in terms of condition, it’s still what it was. It looks very good, I am delighted with it.

Harleymoven has struggled betting with the TAB, opening at $3.70 and reaching $2.40, but will have to overcome a wide draw as he climbs to 2000m for the first time.

“Distance is always a question, everyone says that (the offspring of) Foxwedge cannot reach 2000m but he doesn’t know who he is for. You go and tell him he can’t get to 2000m, whatever I tell him to do, he just goes and does it,” he said.

“The gate is tricky, but I think you just have to let it develop. I think the biggest thing is jumping on the back of something and I’m sure Ryan (Hurdle) will be very aware of that and I’m sure he’ll do the best he can.

“The horse is fit, healthy and confident; he is a great position to be in.”

Clarken and MacGillivray are hoping for a miracle to see if their remaining filly, The Map, can start in Group 1 Australasian Oaks (she needs another scratch to get in), but if not, she’ll line up alongside her stablemate in the Chairman’s. Bets.

“I think he’s going to run a race (either way),” Clarken said.

“He was unlucky in the last race, he collapsed early on and put himself in a position he really didn’t want to be in. He had to wait for everything else and he was very late. We’ll see.

“He’s smarter, but the further they go, the better she’s going to be, for sure.”

The fact that a sixth of the stable’s contingent is lining up at stakes races on Saturday reiterates just how much the stable continues to punch above its weight, and there is still a lot to look forward to.

“If the filly runs well and says she gets to third, she’ll go to the Derby too. There’s still a couple to play for her,” Clarken said.

“Hopefully we end up having two riders in a Group 1, that would be a huge thrill for a small stable.

“We only have 12 horses on the job, that’s kind of our comfort zone.”