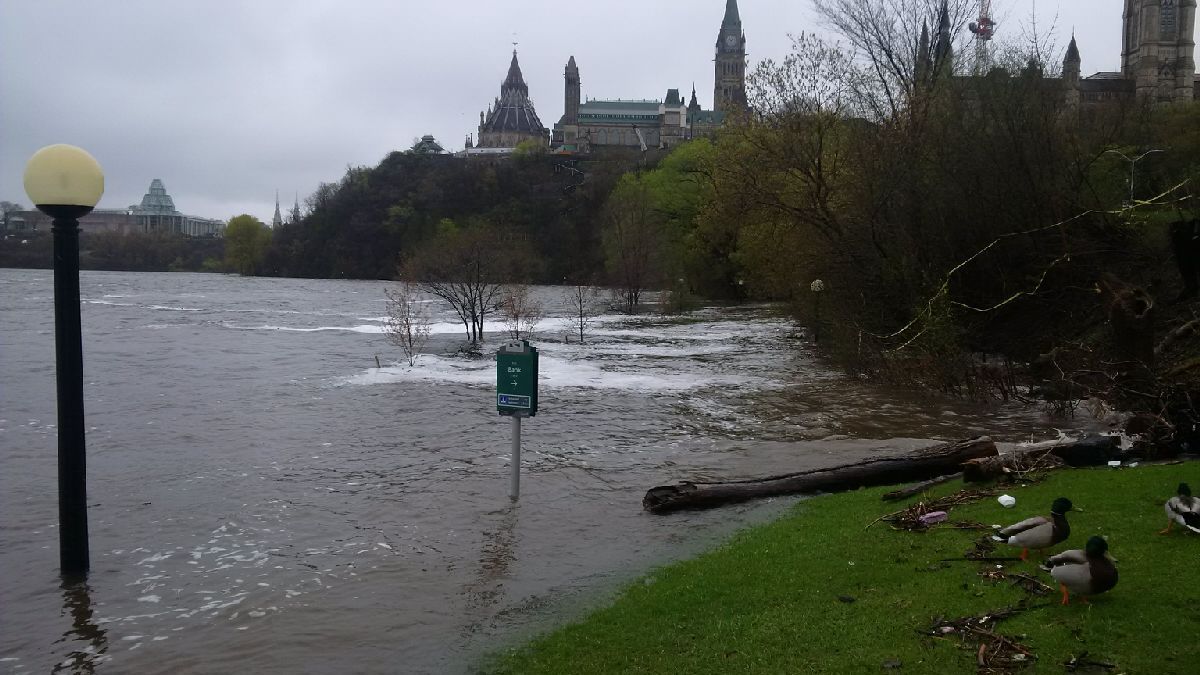 A Crown corporation that is Ottawa-Gatineau’s largest landowner expects weather-induced damage to its properties to “grow exponentially, as will complaints” and warns it may not be able to keep up with the repairs.

In an assessment of its exposure to climate change risks and vulnerabilities released Thursday, the National Capital Commission said it is already deferring maintenance due to budget constraints until assets reach what it described as “near critical condition.” .

The NCC manages more than a tenth of the land within the capital region, including federal buildings, parks, and many other assets, collectively worth an estimated $2.2 billion.

However, summer heat and droughts are causing their roads and bridges to deteriorate faster, cutting lives by up to half. It’s also fueling algae blooms that have clogged water pumps. Heavy rains are already causing flooding that is eroding coastlines and threatening to wash away archaeological sites. Shorter, warmer winters have also disrupted NCC programs like skating on the Rideau Canal and skiing in Gatineau Park.

Climate change is expected to exacerbate existing challenges and create new ones. Meanwhile, NCC parks are still reeling from repeated flooding in 2017 and 2019, each causing tens of millions of dollars in damage. A month after an intense wind storm known as a derecho hit the region, crews continued to clear wooded sites this week; several remain closed.

“We have experiences that tell us that we need to be better prepared for these events,” he said. “And we have data that tells us there is more to come.”

The NCC manages a variety of highways, bridges, 1,600 properties, nearly two dozen parks, riverside trails, water and wastewater systems, and telecommunications infrastructure. It also manages a collection of approximately 4,000 works of art and furniture, which are regularly exhibited in its six official residences.

Thursday’s report anticipates that more numerous winter freeze-thaw cycles will damage concrete, masonry and roofs. Heritage buildings, many of which lack modern insulation and were not designed for extreme heat, could become hellish hell for occupants. Works of art, particularly those made of wood and paper, are vulnerable to heat and humidity, and could become increasingly difficult to protect.

The report is part of a three-year initiative by the NCC to adapt to climate change. By next fall, he promises to complete a 10-year plan that will propose solutions to address identified hazards. Ms. Rideout pointed to research that claims the benefit-to-cost ratio of “proactive” adaptation to climate change impacts could be as high as 38 to 1 if greenhouse gas emissions continue on their current trajectory, or 9 to 1 under a low emissions scenario.

“We are well aware of what the literature says: being proactive and planning for this will be the most affordable approach, rather than waiting for damage to occur and being in recovery and repair mode all the time.” she said.

The NCC said it has already begun to address some threats, for example by applying rubber-based sealants to roads to protect them from the heat and building riverside roads to better resist erosion by adding riprap and vegetation. But he said his $92 million annual budget has been frozen since 2009 and warned that if mounting climate risks are not properly managed, he will be forced to request more funding, cut service or abandon some programs and assets.

The organization acknowledged shortcomings such as “the absence of a climate lens” in almost all of its internal processes, from asset inspections to land-use planning, and said it does not collect data on the cost of extreme weather.

Many of the report’s findings echoed those contained in a separate climate vulnerability and risk assessment released earlier this week by the city of Ottawa. The municipality also expects higher temperatures, more precipitation, and more flooding, tornadoes, and heat waves.

“To protect Ottawa’s livability and prosperity, action is needed within three years on 40 priority risks,” the city said in a statement.

Your time is valuable. Get the Top Business Headlines newsletter conveniently delivered to your inbox morning or night. sign up today.