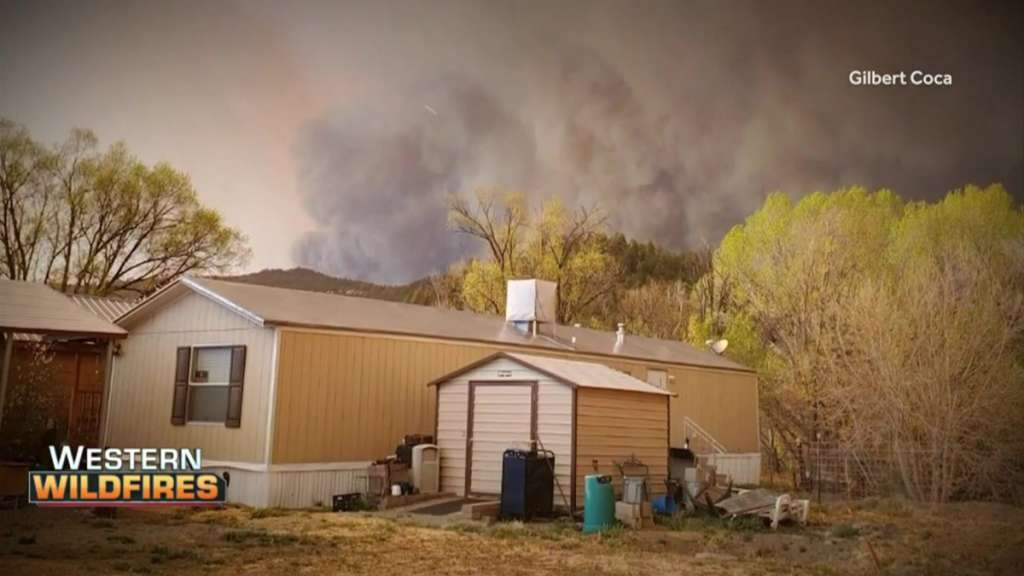 LAS VEGAS, N.M. (AP) — Firefighters in northern New Mexico worked Monday in rough terrain ahead of a massive wildfire, feverishly trying to position crews to clear brush and prevent the monstrous fire will burn more houses on the slopes of the Rocky Mountains.

The wildfire has burned about 300 square miles (780 square kilometers) of tinder-dry ponderosa forests, making it the largest fire in the US during what has been an early start to the season. fires. Thousands of people have been evacuated.

Much of the Southwest has been in the throes of drought for decades, and warmer temperatures have combined with spring winds to create dangerous fire conditions.

Crews in Arizona were dealing with high winds Monday as they battled a fire near the US-Mexico border that forced several dozen people from their homes.

And another wildfire in northern New Mexico near key federal government facilities for nuclear research prompted Los Alamos National Laboratory and others in the area to begin preparing for evacuations, though officials stressed there was no immediate threat to the laboratory.

Strong, gusty winds continued to blow across the region after stoking fires for weeks and often grounding essential planes used to drop water or fire retardant ahead of the flames, complicating efforts to contain them.

Firefighters were assessing weather conditions Monday and predicted that part of the main New Mexico fire would move north into rough terrain that is difficult for firefighters to access.

“This is not a surprise to us. All the models showed this was probably going to happen,” Fire Operations Section Chief Todd Abel said, adding that crews have spent days working to protect ranch homes scattered around the area.

Nearly 1,700 firefighters were battling the flames burning northeast of Santa Fe. It was nearly 50% contained but has destroyed hundreds of homes and other structures.

The region’s largest population center, Las Vegas, New Mexico, home to 13,000 people, remained largely safe from the flames after some area residents were allowed to return over the weekend. Schools were expected to return to in-person classes on Tuesday.