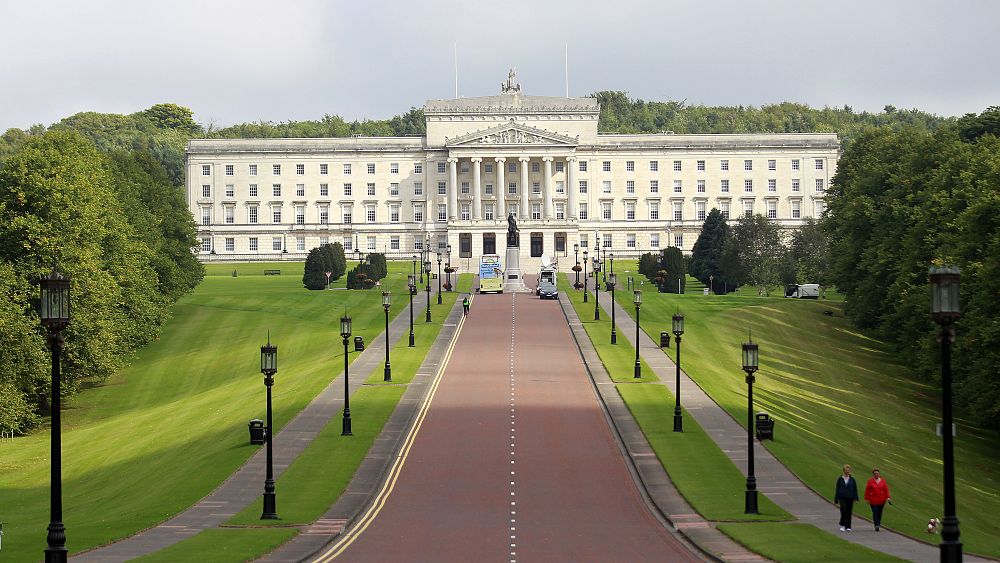 In the 101 years since Northern Ireland was created, a unionist party has always been the largest force in the province’s previous Parliament and its current assembly.

But now that could change as Sinn Fein, a force of Irish republicanism on both sides of the border, appears poised to become the biggest party in the assembly, according to polls ahead of the May 5 election.

The party has been campaigning on economic issues, presenting itself as a progressive force for change.

While they have maintained their rationale in advocating for Northern Ireland, a province of Britain, to become part of the Republic of Ireland in the south, it has taken a backseat to the election campaign.

At a recent election event, Michelle O’Neill, vice president of Sinn Fein, said that the party’s “priority is to make politics work and show that real change is possible”.

“I think the last few months have shown that when MLAs (Members of the Legislative Assembly) cooperate together across party lines in the assembly, it is very possible to bring about progressive change that can make a real difference to people’s lives. “.

His main rivals, the Democratic Unionist Party (DUP), have other ideas. They have held the post of Prime Minister in the province since 2007 and are unwilling to give it up.

They want to highlight the historical links between Sinn Fein and the IRA terrorist group. They say that, contrary to the growing focus on internal affairs, the party is still preoccupied with the goal of taking Northern Ireland out of the UK.

“I make no apologies for pointing out the blatantly obvious in this election campaign,” Jeffrey Donaldson, the leader of the DUP, said at the launch of his election manifesto.

“While we focus on the issues that matter to ordinary people and families across Northern Ireland, they focus on their real agenda, which is to pursue their plans for a border survey.”

Another political first could come from the Alianza party, which hopes to secure the largest allocation of seats in history for a party that is neither unionist nor republican.

In recent years, they have seen their support grow as more people have stopped describing themselves mainly because of the duality that is Northern Ireland’s political culture.

David McCann, a political commentator for the political website Slugger O’Toole, says that the Alliance “currently has 11 of the 90 MLAs in Stormont right now if the polls are correct, and if the projections are correct, they are expected to grow to around 16 to 19 MLA and that’s going to be pretty significant.”

Future problems, no matter the outcome

It’s hard not to see the influence of history in Northern Ireland. Large cities and towns in the province are covered in sectarian murals and memorials to those who died in the violent riots.

While that period is over, working together is still difficult.

The DUP has said it will not enter a new power-sharing government unless Northern Ireland’s protocol governing post-Brexit trade with the rest of the UK is completely overhauled, which Sinn Fein will not do.

It means that whatever the outcome on Thursday is, it will be very difficult to form a lasting government.