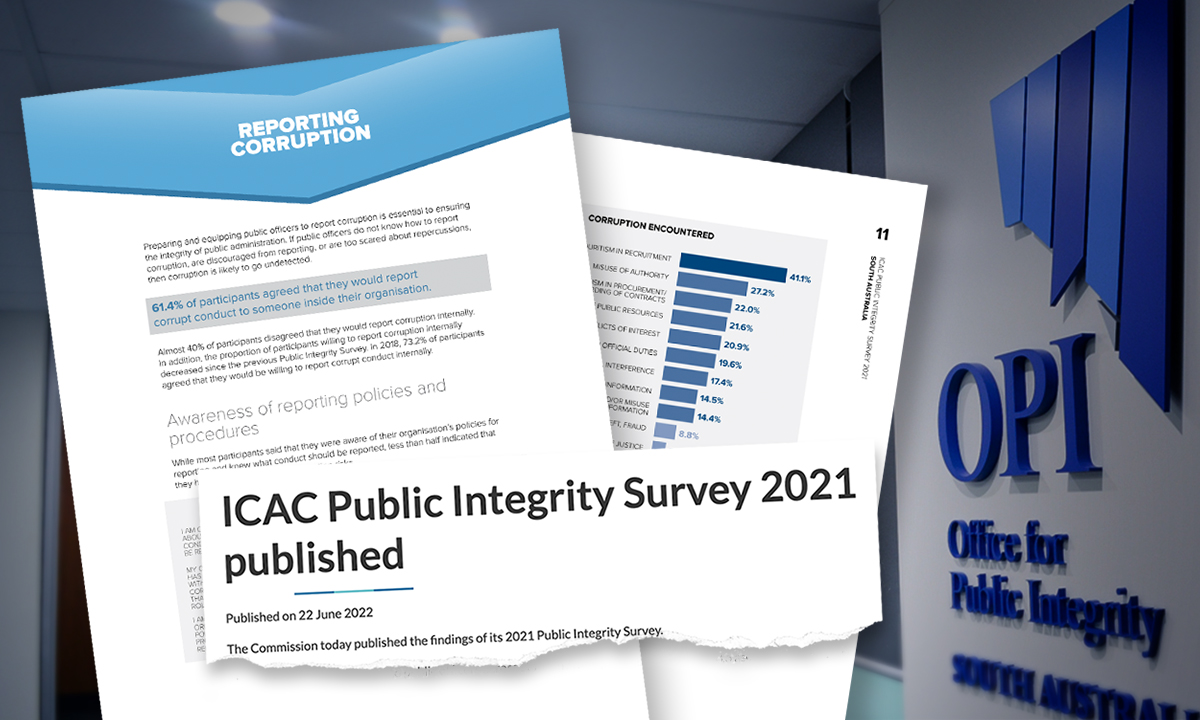 Participants were asked if their agency was vulnerable to certain types of corruption. The highest potential category of corruption identified by participants was nepotism in hiring, at 40.9%, followed by political interference at 33%.

Misuse of authority ranked third at 30 percent, while 26 percent believed failure to declare or manage conflicts of interest was a workplace issue and 24 percent cited misuse of authority. confidential information.

The report also found that each category of perceived corruption risk had increased in response since the last survey in 2018, noting that “political interference” was second at 33 percent in 2021 despite the category not being listed. included four years ago.

Respondents made a number of statements about meeting political demands in various ways, including falsifying records.

“Decisions were made for political expediency, rather than in the interest of the organization or the benefit of the general public for whom we are supposed to exist,” one respondent wrote.

“There is currently very strong political influence on the work being done and prioritized, even if it is not the most scientifically sound option,” said another, while one respondent reported “Significant political pressure, where advice from government staff is ignored ”. 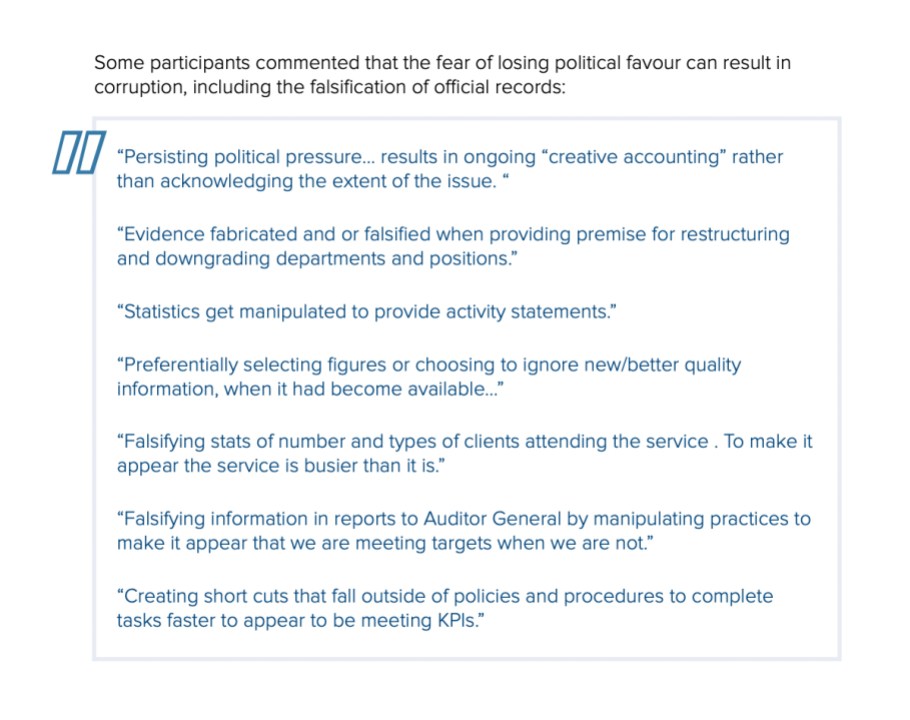 More than 22 percent of the most recent respondents “indicated that they had personally encountered corruption in their current workplace in the past three years.”

“The results reflect the perceptions of the participants rather than the actual experiences of corruption,” the report says.

“However, beliefs are important as they shape behavior. The perception that a workplace is vulnerable to corruption can undermine job satisfaction and reduce job performance. The belief that corruption in the workplace is overlooked or tolerated can also increase the likelihood that corruption will occur.

“Furthermore, while participants may perceive their workplace to be vulnerable to corruption, that doesn’t necessarily mean corruption is occurring,” he said.

“It is possible that in areas where there is a perceived high level of vulnerability to corruption, there could also be strong anti-corruption controls.”

The report also found a significant drop in the number of public service participants who said they would report corrupt conduct to someone in their organization.

“Preparing and equipping public officials to report corruption is essential to ensure the integrity of public administration,” the report says.

“If public officials don’t know how to report corruption, are discouraged from reporting, or are too scared of repercussions, corruption is likely to go undetected.”

The independent anti-corruption commissioner, Ann Vanstone, said senior public service leaders “need to pay attention when staff point out possible corruption and appreciate how difficult it can be for some officials to report.”

“If public officials believe that reporting is too difficult, risky or useless, corruption will go undetected and untapped. Support for whistleblowers is vitally important.”

Vanstone said the survey was carried out late last year after parliament unanimously passed legislation on the ICAC’s powers and jurisdiction.

“Participants were not asked for their input on the amendments,” Vanstone wrote.

“However, many public officials provided unsolicited comments expressing fear that the changes have eroded the Commission’s independence,” he said.