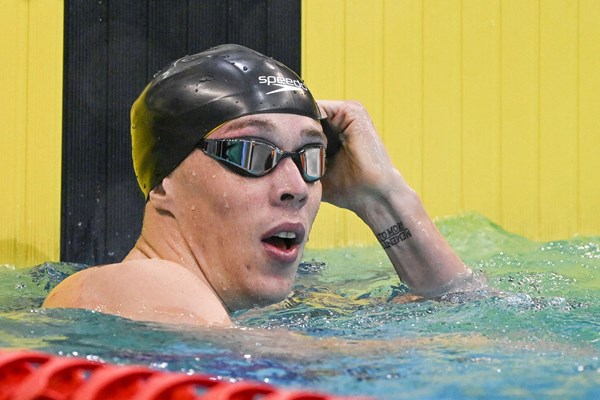 Australian Olympic champion Zack Staplety-Cook broke the world record in the 200 meter breaststroke during his country’s swimming championships, preparing himself in the best way for the world championships and the Commonwealth Games.
From the start, the 23-year-old Cook looked set to break the record set by Russian Anthony Chubkov in 2019 of 2:06.12 minutes, and he kept this pace to the end, clocking 2:05.95 minutes.
“All I was trying to do was swim fast, I didn’t think it would be that fast, I honestly can’t believe it happened but I’m really happy with it,” he said after his achievement in Adelaide.
“Last year I did my best and got the result I wanted (he won gold at the 2020 Tokyo Olympics), but this year the pressure is much lighter and that’s nice, I’m happy.”
Staplety-Cook turned heads last summer at the Tokyo Aquariums when she set a new Olympic record of 2:06.38 d. On the way to winning gold against Dutchman Arno Kamenga.
The Australian will be a candidate to repeat the feat next month at the world championships in Budapest, and at the Commonwealth Games in July in Birmingham, but the main objective is “Paris (Olympics 2024), and I will enjoy everything that happens from now on”. and later.”