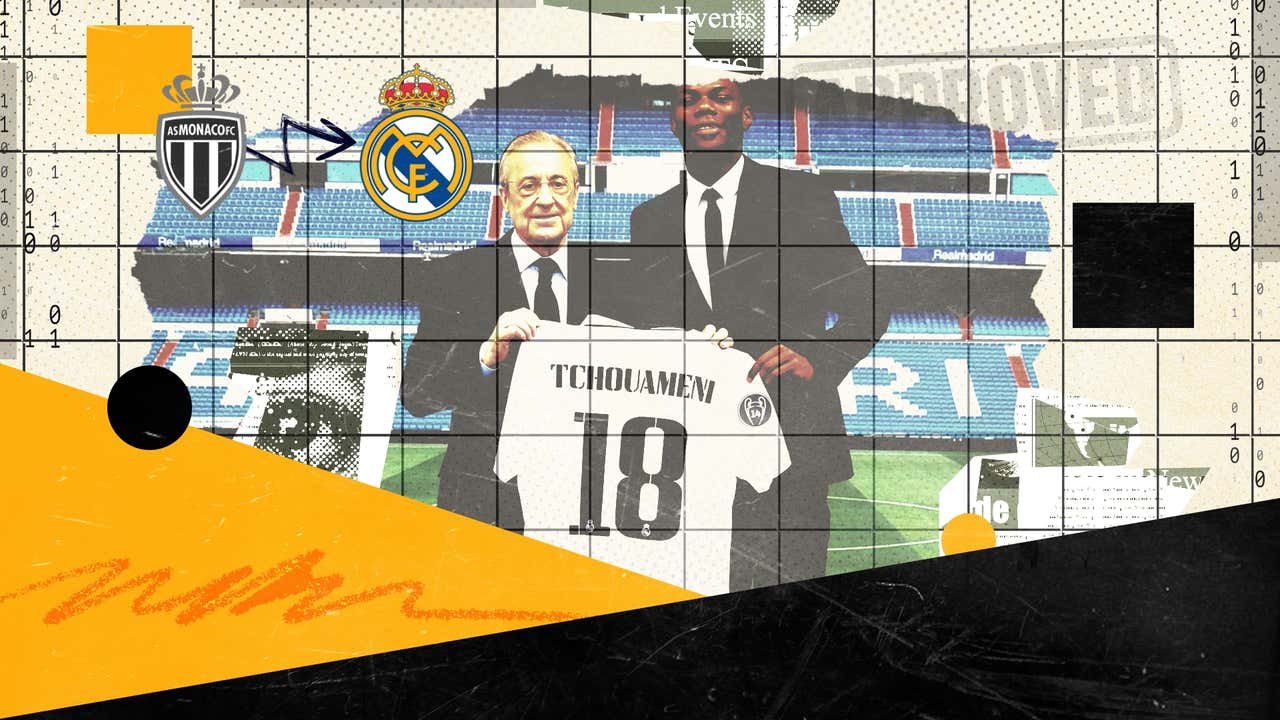 Real Madrid will try to make the most of the operation to sign Frenchman Aurelian Chuamini, who arrives on a record deal from French Monaco.

Spanish club Real Madrid welcomed its latest offers in the summer transfer window, after it presented Frenchman Aurelian Chawamini from Monaco on a record deal.

Real Madrid signed Chuamini in an operation whose total value exceeds 100 million euros, after competing with Paris Saint-Germain and Liverpool.

The signing of Chuamini, who is 22 years old, comes about due to Real Madrid’s desire to renew blood, especially in midfield, with the progression in age of the trio made up of Casemiro, Toni Kroos and Luka Modric.

Chuamini, along with compatriot Eduardo Camavinga and Uruguayan Federico Valverde, are expected to form Real Madrid’s midfield in the post-Casemiro, Kroos and Modric era.

Signing Chuamini is a gamble for the future, and it seems that Real Madrid have decided to pay a high price for him now, before doubling down after a year or two if brilliance strikes.

Therefore, Real Madrid moved quickly to secure Chuamini’s services and with tremendous determination to outbid Paris Saint-Germain and Liverpool on this deal.

But what is the role of the young Frenchman on the pitch? How can you benefit in the long term from Chowmini’s services? This is what we will try to answer in the next report.

What is Tchwamini’s role in the field?

And it is that according to the “smarterscout” website, in a report that it published on Chuamini in the first half of the 2021-22 season, the French international has exceptional capabilities, especially in terms of defensive capacity and tremendous skill in one against one. situation.

Furthermore, Chuamini has formidable offensive production for a defensive midfielder and can hold the ball above average even for his Premier League teammates.

Chuamini is a classic defensive midfielder, with a combination of strong passing and dribbling in mid-space, mostly on the right, as well as going forward and shooting from distance.

Even as a defensive midfielder, Chuamini has a formidable ability to head the ball, whether from free kicks or corners, although he has yet to score a goal from them.

How does Real Madrid benefit from Chuamini?

Interestingly, Chuamini’s stats were surprisingly similar to Casemiro’s, but the Frenchman has more ability to get in and shoot from distance, and it should be noted here that the Brazilian plays deeper in midfield to make room for Modric and Kroos.

According to the same report, Chuamini may represent the missing piece in Real Madrid’s midfield in the future, as he will work with Camavinga, who tends more forward, and they will complement each other.

Real Madrid sees in Chuamini the player who will undoubtedly replace Casemiro in the coming years, especially since the Brazilian will turn 31 in February.

The hiring of Chuamini is a qualitative bet for the future, but the crisis is represented in its high value, which can make Real Madrid bite its fingers in remorse, if the French international fails to meet the expectations placed on him.

Haaland at Manchester City… Don’t believe all the hype!

Peres: Mbappe took the easy way… That’s why I didn’t sign a contract with him!

Be careful, Zidane, before training Paris… If you betray Real Madrid, don’t betray your hometown!