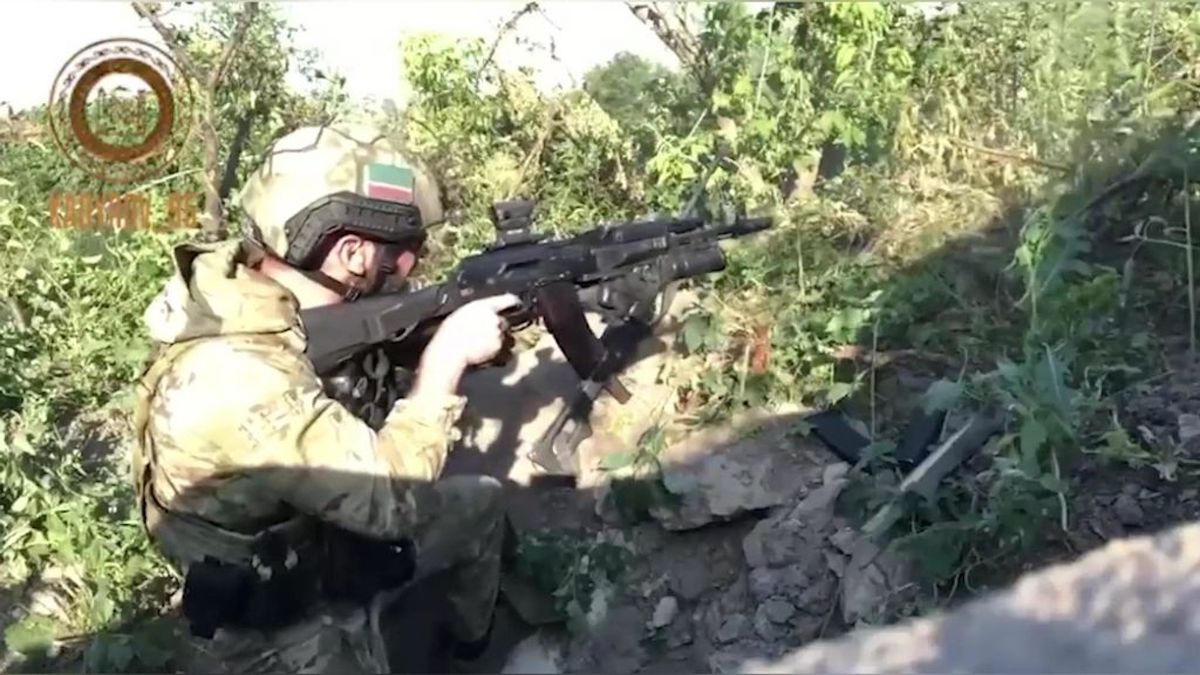 Chechen leader Ramzan Kadyrov has claimed that pro-Russian forces have surrounded the Ukrainian army between the settlements of Zolote and Gorskoye.

In a statement obtained by Zenger, Kadyrov said on Thursday: “The operational information directly from the contact line comes from the fighters of the special police regiment named after the Hero of Russia Akhmat-Khadzhi Kadyrov.

“Our guys are competently working in the area under the command of our dear brother and Hero of Russia Zamid Chalaev.”

“According to reliable information, the enemy has been forced to form a closed circle between the settlements of Zolote and Gorskoye. Therefore, all withdrawal routes are closed. The position of the Ukronazis is very sensitive and fraught with serious consequences in the form of an early crushing defeat.

“The soldiers of the allied forces have put heavy pressure on the positions of the ukronazis, and apparently the enemy has suffered heavy losses in manpower.

“The well-thought-out strategy of our soldiers, coupled with excellent combat skills, once again gave good results. At this time, the Nazis, little flagmen and mercenaries of all kinds, who have experienced the full force of the Chechen security forces, There are only two options: capitulation or an early exit.”

The Banderitas were followers of a WWII Ukrainian fascist leader, Stepan Bandera.

Russia invaded Ukraine on February 24 in what the Kremlin calls a “special military operation.” Thursday marks the 120th day of the invasion.

Russian Foreign Ministry Press Secretary Maria Zakharova said Moscow’s response to Lithuania’s EU-sanctioned ban on the transit of goods to Kaliningrad will not only be diplomatic but also practical.

Ukrainian forces have said they have successfully thwarted further Russian attempts to advance into Ukraine’s northeastern Kharkiv region, but Russian forces have captured several settlements near Lysychansk and Severodonetsk, with 568 civilians still believed to be sheltering. at the Severodonetsk Azot Chemical Plant.

The city of Lysychansk in eastern Ukraine’s Lugansk Oblast is said to be under siege by Russian and pro-Russian forces.

British intelligence has claimed that the so-called pro-Russian Donetsk People’s Republic (DPR) may have lost around 55 percent of its original forces.

Ukrainian President Volodymyr Zelensky said this is a “historic week” as Kyiv awaits a decision from Brussels regarding its EU candidate status, with the EU expected to approve the application at a summit. in Brussels on Thursday.

Zelensky, speaking to the African Union on Monday, accused Russia of holding Africa “hostage” over grain and fertilizer shortages.

The head of the International Energy Agency, Fatih Birol, has warned that Russia could stop supplying gas to Europe this winter. Several European countries have already received less Russian gas than expected in recent weeks, with European imports of natural gas from Russia falling from about 40 percent before the war started to 20 percent.

This story was provided to Newsweek by Zenger News.