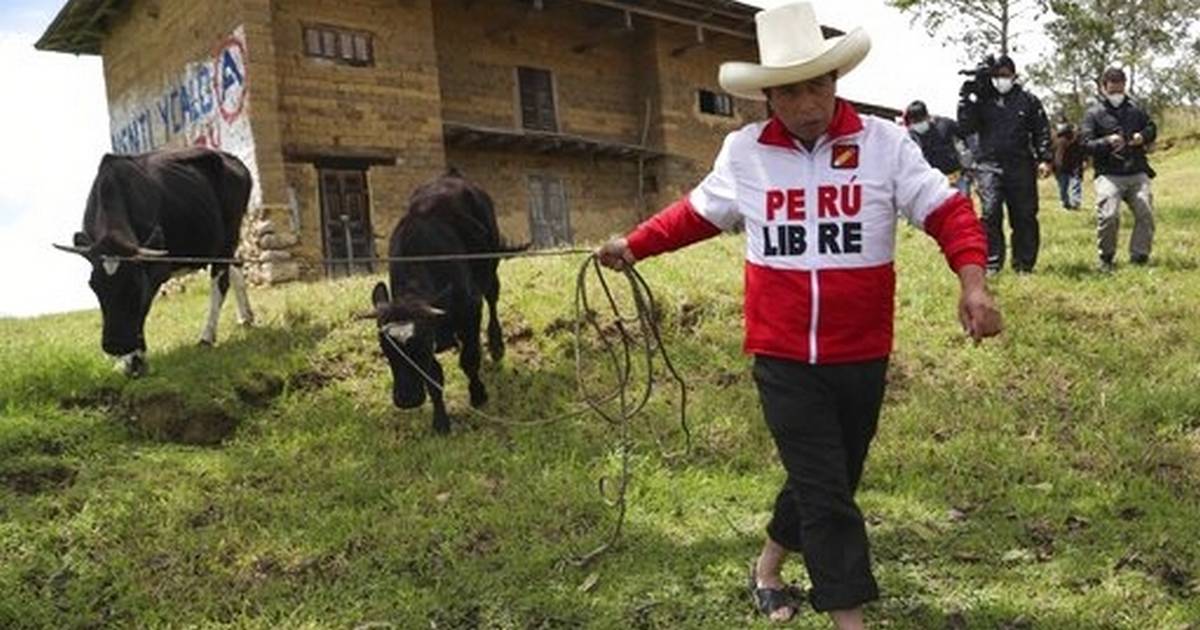 CARACAS, Venezuela — The surprise election of President Pedro Castillo brought hope for change in Peru’s unstable and corrupt political system, but the impoverished rural teacher and political neophyte has been so mired in impeachment votes and corruption charges that his presidency has become an exercise in politics. survival.

The chances that the leftist leader could pull off a signature policy like improving education or health care were slim to begin with, given his lack of support in Congress, and have evaporated as he focuses on staying in office and the freedom of his family.

In just over a year as president, Castillo survived two congressional votes to remove him, appointed more than 60 ministers from the 19 agencies that make up his cabinet, and faced six criminal investigations for accusations ranging from influence peddling to plagiarism, one who recently saw a close relative incarcerated. The investigations are in their initial stages and no formal charges have been filed.

Castillo says he has not had “a single minute of respite” since taking office and blames Peru’s political elite for wanting him out.

“I don’t talk like them, I don’t sit at those opulent tables like them,” he told people gathered in a remote desert community. Later, he told a group of mothers outside a recently restored school that he comes from the lower class and that the accusations will not ‘break’ him.

But Castillo’s tribulations follow a pattern in Peru, which recently had three different presidents in a single week after one was impeached by Congress and protests forced his successor to resign. Nearly every former Peruvian president who has ruled since 1985 has been embroiled in corruption allegations, some jailed or arrested in their mansions. One committed suicide before the police could arrest him. Castillo defeated the daughter of one of those presidents, Alberto Fujimori, in last year’s elections.

Prosecutors’ preliminary investigations against Castillo are the first for a sitting president in Peru, as is the preventive detention of his sister-in-law on money laundering charges.

Peru’s constitution does not specifically say whether a sitting president can be investigated for crimes, and in the past two decades, attorneys general have proposed opening initial investigations of three sitting presidents. One against then-president Martín Vizcarra was opened in October 2020, but was immediately frozen by the attorney general until the end of the presidential term.

Now, however, there is a new attorney general, Patricia Benavides, who has promised to go “after the investigation of any criminal act, whether it be the most powerful or any ordinary citizen.”

When he came to power, Castillo faced not only a fragmented Congress and his own political inexperience, but also a distrustful elite upset with controversial campaign promises that included the nationalization of key industries.

Castillo was a rural school teacher in Peru’s third-poorest district before moving to the presidential palace. His only leadership experience before becoming president was as the leader of a teachers’ strike in 2017.

That inexperience casts doubt on whether he is the “ringleader” of the corruption scheme, as critics allege.

“That said, you can’t look at Castillo’s record and say, ‘Hey, this guy is honest.’ So how do we put them together? said Cynthia McClintock, a political science professor at George Washington University who has studied Peru extensively. “I think part of him doesn’t understand how careful he needs to be. Did he just think this was the way to do business? It’s not clear at this point.”

Five of the investigations against Castillo are linked to what prosecutors describe as a criminal network led by the president, involving influence peddling and other crimes. A sixth investigation accuses him and his wife of plagiarizing their master’s theses a decade ago.

One case involves a contract won by a group of businessmen in 2021 to build a bridge. Authorities say an informant claims former Transportation Minister Juan Silva told him late last year that Castillo was “happy” when he received $12,900 after the contract was awarded. Silva is considered a fugitive.

In another case, prosecutors allege that Castillo, his former personal secretary and former defense minister, requested the promotion of several military or police officers because those moves would bring them money. The authorities say they have statements from the former head of the Army, José Vizcarra, affirming that he was pressured to promote military personnel close to the government.

Authorities also suspect Castillo of obstructing justice by removing an interior minister who had formed a team to capture Silva and one of the president’s nephews, who is also linked to the bridge contract investigation.

“Ideally, the president would resign,” Lady Camones, head of Peru’s congress, said last month. ‘He has been asked to do so… It would be the ideal scenario. But let’s hope in any case that the evaluation is made by the president.’

In a separate preliminary investigation, prosecutors last month entered the presidential palace in Lima to arrest Yenifer Paredes, Castillo’s sister-in-law, whom he raised and considers a daughter. They searched under Castillo’s bed and in closets in the presidential bedroom, according to a search report obtained by The Associated Press.

Paredes turned himself in a day later. A judge then ruled that she can be detained until February 2025 while authorities investigate her alleged involvement in money laundering.

They don’t mind breaking up the family. They do not care about leaving our children orphans, a situation has been designed with the purpose of breaking us,’ Castillo said.

Paredes’ attorney, José Dionicio, said prosecutors have no evidence against his client.

Historian Charles Walker, director of the Hemispheric Institute of the Americas at the University of California, Davis, said Castillo’s position is a reflection of entrenched corruption surrounding the government and a relentless opposition that feels it is losing power.

“It’s a perfectly miserable storm,” Walker said. “It seems that, around him, there is a circle of people who get contracts, do shoddy work, I mean classic, almost traditional corruption.

“But on the other hand, you have this right that feels like it’s laying siege to Vietnam, that the far left has taken over… and there’s this incredible paranoia. I think this almost needs a psychological explanation because most of its benefits are still intact, the elite economy is doing quite well.