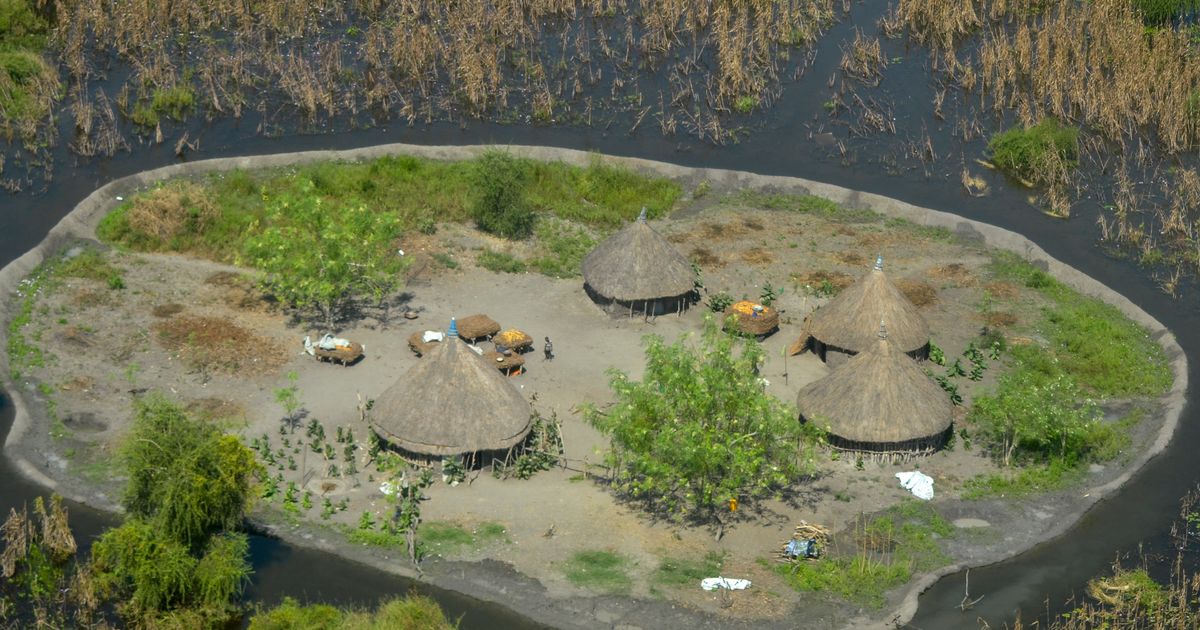 JUBA, South Sudan (AP) — A petition to stop the revival of South Sudan’s 118-year-old Jonglei Canal project, started by one of the country’s leading academics, is gaining traction in the country, and the waterway is touted as a catastrophic environmental and social disaster for the country’s Sudd wetlands.

It follows a series of calls within the South Sudanese government to restart the project to prevent flooding and improve infrastructure in the region. The country’s vice president has already announced plans to conduct a feasibility study in hopes of putting the defunct canal into operation.

The vice-chancellor of the University of Juba, Professor John Akec, launched the ‘Save the Sudd’ social media petition with the intention of sending it to the country’s president upon completion. Akec’s petition has already garnered tens of thousands of signatures out of the required 100,000.

Previous research has shown that the canal would have serious repercussions on the delicate ecosystem of the Sudd region, including negative effects on aquatic plants and animals, wild and domestic, as well as interfering with the agricultural activities of the people of the region, which I could move them.

“We won’t have enough water and it will dry up, and if it dries up, all the livelihoods connected to that area, including fishing, resettlement and grazing land, will be lost,” Akec told the Associated Press.

“Water is more valuable than oil, diamonds and gold,” Akec said. “Let us wake up from our dream and stop the theft of water and the destruction of our ecosystems and economic future by Egypt.”

The canal, first proposed by a British engineer in Cairo in 1904, would divert water from the Sudd wetlands to carry 10 billion cubic meters (2.6 trillion gallons) from the Nile to Sudan and Egypt downriver. Plans began to take shape in 1954, but the project was stopped 30 years later and is now stalled. About 270 kilometers (168 miles) of a total 340 km (150 miles) of the canal have already been excavated.

Earlier this year, one of South Sudan’s vice presidents, Taban Deng Gai, called for the resumption of the canal project to prevent flooding in Jonglei and Unity state.

The floods have caused a widespread collapse of livelihoods, severely hampering the ability of households to keep their livestock. Traditional survival strategies and sources of income are no longer viable for many communities.

“As farmers, we never lacked food, but now the floods have destroyed our farms. There is water everywhere,” said Martha Achol, a farmer and mother of six, who recounted the struggles caused by flooding in Jonglei state.

Another local farmer, Mayak Deng, 60, agreed. “We had enough food then, but today we don’t have enough,” he said.

Meanwhile, the Nile Basin countries are experiencing water shortages due to the impacts of rapid population growth and climate change, sparking renewed interest in the canal project.

But environmentalists are concerned about upsetting the delicate balance and life cycle of the Sudd. Deng Majok Chol, a Ph.D. candidate from the Institute of Environmental Change at the University of Oxford, argues that the continued increase in flood events is just a small fluctuation within the longer millennium cycle of the Sudd.

Rainfall from evaporation of water in the Sudd will be greatly reduced if the canal project comes to fruition, with parkland at risk of becoming dry and arid. There is concern that even those living beyond the Sudd region, as well as downriver in Sudan and Egypt, will be negatively affected.

An environmental and social impact assessment warned that the canal project would “irreversibly or partially destroy downstream ecosystems.”

“Current calls for the resumption of the Jonglei Canal project demonstrate that the global trend of water management challenges exacerbated by global warming has not been observed or learned,” Majok said. “You don’t have to be a rocket scientist to see these moves as baits, strategically calculated towards a goal of more than a century of exclusive control over how the Nile’s water is used.”

Economic and climate concerns have also sparked opposition to the canal.

“The economic value of the Sudd wetlands is estimated at $1 billion annually and this will be lost if the wetlands are drained,” said Nhial Tiitmamer, director of the Sudd Institute’s Environmental and Natural Resources Program.

Tiitmamer added that the Sudd wetlands are transition points and migration corridors for bird species that migrate between Europe and Africa every year and some of these birds are classified both in South Sudan and internationally as endangered species.

He warned that the project will lead to an “exacerbation of climate change through the reduction of carbon sinks, as well as through the release of carbon dioxide from the destruction of wetlands.”