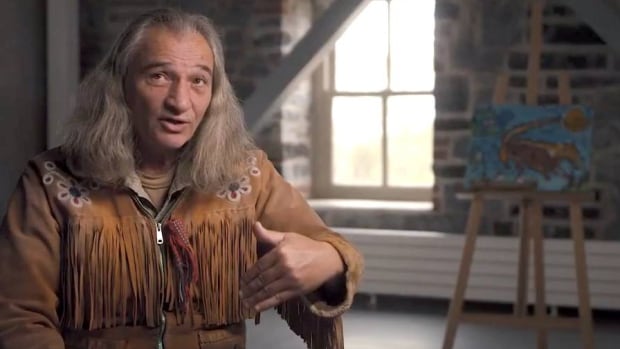 Two CBC Ottawa investigations, one looking into a Kingston artist’s claim to be indigenous and another into the complex finances of a Catholic order that ran dozens of residential schools, have been nominated for national journalism awards.

Reporters Nicole Williams and Michelle Allan’s investigation of Morris Blanchard — a celebrated Kingston artist who allegedly made false claims for years about being indigenous and a survivor of the 1960s Scoop, has been nominated for a Canadian Association of Journalists (CAJ) award in the category of broadcast under five minutes.

Their work grew out of important previous investigations by CBC Ottawa at Queen’s University, where several people connected to the school were also accused of misrepresenting their indigenous identity.

Journalists Julie Ireton and Falice Chin have been nominated for the APTN/CAJ Reconciliation Award. His research looked at a Catholic order, the Missionary Oblates of Mary Immaculate, and showed the complex corporate structure that makes it difficult for indigenous people to receive reparations from the church.

His investigation revealed an elaborate web of more than two dozen corporate holdings with at least $200 million in assets and cash, with a priority to care for a dwindling number of elderly priests in the face of looming liabilities.

In total, the CBC and Radio-Canada earned 20 CAJ nominations this year.

The award ceremony will return this year after a hiatus caused by the COVID-19 pandemic. It will take place in Montreal at the end of May.