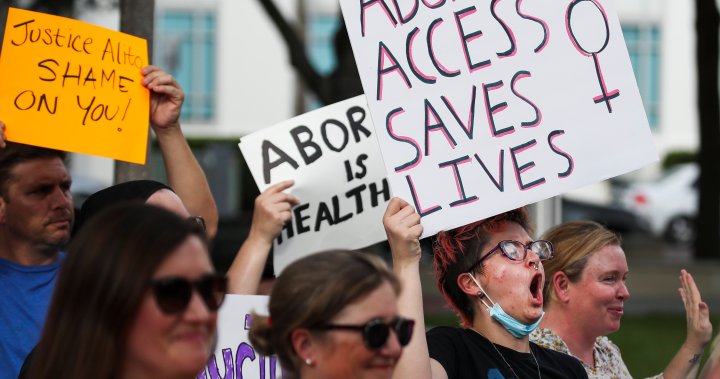 Public Safety Minister Marco Mendicino says he will talk to the Canada Border Services Agency to make sure its staff know American women seeking abortions can come to Canada for care.

Speaking to reporters Wednesday, Mendicino said people in the US may have questions about whether they will be able to access abortion if Roe v. Wade, as a leaked draft ruling from the US Supreme Court suggested earlier this week that it is imminent.

NEW: Minister @marcomendicino says he’s talking to @CanBorder to make sure there are clear guidelines so that Americans who cannot access an abortion can come to Canada to get one. She says the ability to do so is not in question, but she wants to make sure things are clear. pic.twitter.com/qEqVQuUKJT

Mendicino said the ability of Americans to come to Canada for abortions is not in question, but she wants to make sure that position is clear to those working on the front lines of the border.

“I have engaged with the CBSA, my office is currently working with them to make sure there are clear guidelines for women who are unable to access health care, including abortions, to be able to come to Canada,” she said.

“If some women want to come to Canada to access those procedures, I have given them the directive to welcome them,” he added in French.

Mendicino called the move a “precautionary measure” in case Roe v. Wade and described hoping to “remove any ambiguity” border officials may have about whether someone traveling to Canada for an abortion is eligible to enter the country.

What is unclear at this point is whether any information about those people would be shared with US law enforcement or state officials seeking to prosecute people for abortion travel, as some experts have suggested might be next. if Roe v. Wade falls.

Canada and the US have extensive cross-border data sharing agreements designed to make it easier to identify people who may pose a national security risk or who are violating immigration rules.

Global News has asked Mendicino’s office to clarify the matter.