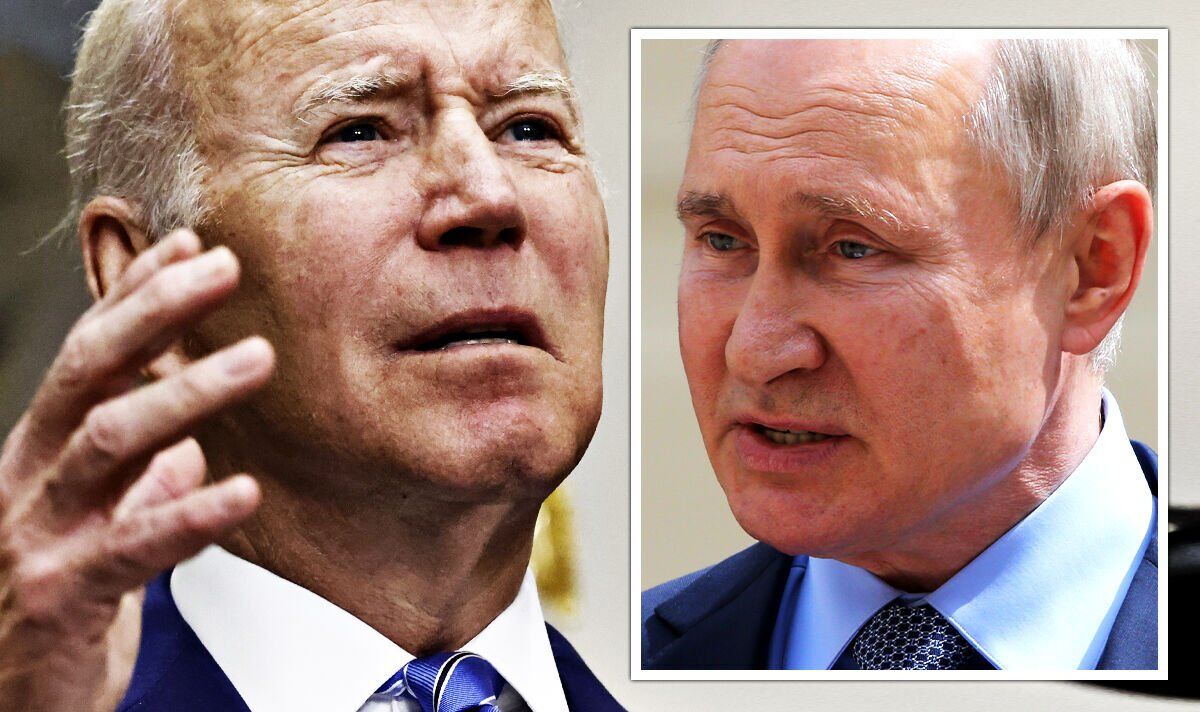 Earlier this week, it emerged that Russian state television broadcast a simulation of a nuclear attack on Ireland and the UK. The brazen broadcast has raised the stakes for nuclear strikes should the situation in Ukraine spiral out of control.

Dmitry Kiselyov, a pro-Kremlin presenter on Channel One known as “Vladimir Putin’s mouthpiece,” showed a simulation of a hypothetical attack by the Poseidon unmanned underwater vehicle off the north coast of Northern Ireland and the west coast of Scotland.

The presenter stated, “There is no way to stop this underwater drone. The warhead it has has a yield of up to 100 megatons.

“The explosion of this thermonuclear torpedo off the British coast will cause a giant tsunami up to 500m high. Such bombardment alone also carries extreme doses of radiation.”

He added that a strike would turn the UK into a “radioactive wasteland, fit for nothing for a long time.”

Russia has a long history of using nuclear brinkmanship as a method of preventing Western powers like NATO from pursuing security policies with which it does not agree.

For their part, Western officials have rejected Russia’s “dangerous” and “bravado” nuclear war rhetoric, and the UK has called on Western allies to “double down” in their support for Ukraine.

But unsurprisingly, the images have caused concern and outrage in Ireland, which is militarily neutral, and in the UK, as well as around the world.

As echoes of the Cold War surface, how would the United States respond to an attack? Express.co.uk takes a look at the possible backlash.

Could the United States stop a Russian nuclear attack?

Russia has a wide array of nuclear warheads, larger than the US, but NATO’s combined capability would surpass Russia’s, according to Liviu Horovitz, a nuclear policy researcher at the German Institute for International and Security Affairs.

He said: “Both the US and Western European governments have repeatedly said they have no interest in escalating this conflict beyond Ukraine, and I see nothing to suggest NATO troops will be fighting in Ukraine any time soon. ”.

DO NOT MISS IT
Putin spokesman warns of “concentration camps, sterilization” [INSIGHT]
EU humiliated as Russia’s oil ban is useless to stop war in Ukraine [REPORT]
What Macron told Putin in the historic 20th phone call with Russia [EXPLAINER]

Russia has 6,255 nuclear warheads, according to Statista, with the United States trailing behind with 5,550.

But other NATO members, the UK and France, also have nuclear weapons of their own.

Additionally, the US has spent more than $200 billion since 1983 on defense systems.

But a recent study found that in a hypothetical scenario in which North Korea, another nuclear state but with only 20 nuclear warheads, attacked the US, the country’s “current capabilities are low and will likely remain low for years to come.” next 15 years.

The Pentagon dismissed the findings, saying its latest tests show the system can handle a nuclear attack from North Korea.

Laura Grego, a fellow at MIT’s Nuclear Security and Policy Laboratory who co-chaired the study, said: “This idea of ​​an impenetrable shield against a huge Russian missile arsenal is just fantasy.”

By this logic, any American ‘defense’ against a Russian attack would be based on the Cold War relic of MAD: mutually assured destruction, where the US would launch a counterattack against Russia, resulting in the devastation of both. countries.

US nuclear plans are kept secret for intelligence reasons, so it is impossible to predict whether the US would have a plan in the event of a Russian attack on the US or NATO.