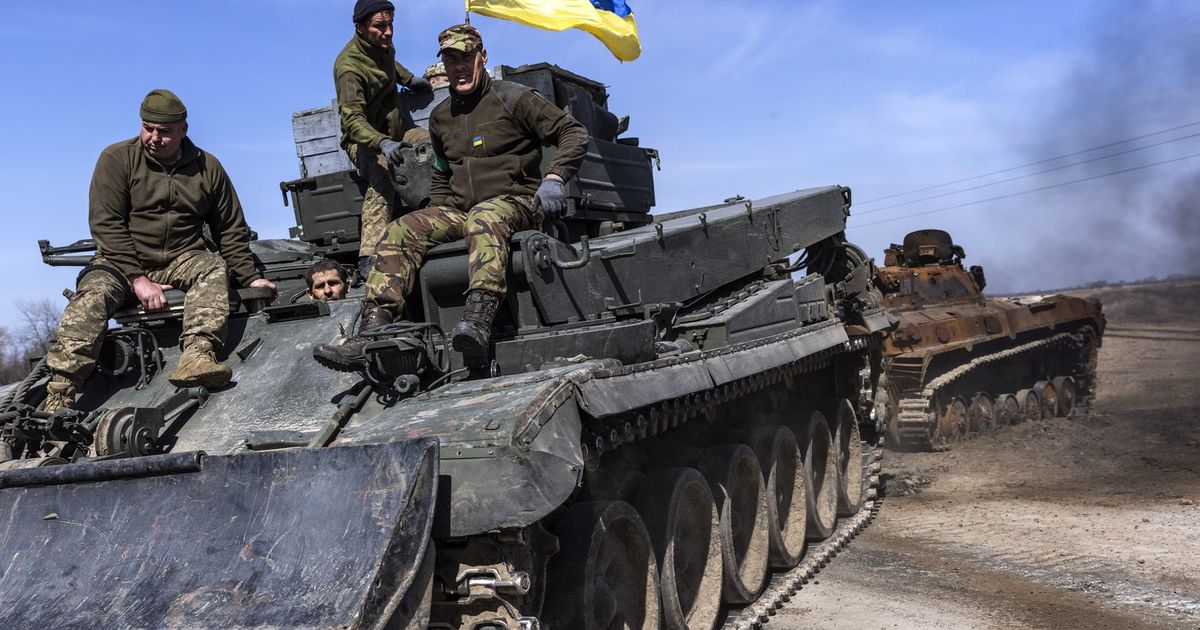 BERLIN (AP) — The fierce debate over sending heavy weapons to Ukraine has struck a dividing line in Chancellor Olaf Scholz’s government in Germany, raising questions about his leadership and lowering expectations about his ability to help Europe overcome the continent’s most dramatic security crisis since World War II.

With Russia opening a new offensive in eastern Ukraine, calls have grown for Berlin to offer more heavy weaponry to the Ukrainian government in kyiv. Members of Scholz’s coalition have publicly broken ranks with him to demand that Germany do more.

“Europe expects Germany to play a central role,” said Marie-Agnes Strack-Zimmermann, head of the parliamentary defense committee and a lawmaker from the liberal Free Democratic Party, a coalition partner with Scholz’s center-left Social Democrats and the Greens.

Scholz has largely shied away from explaining his position on heavy weapons, he said, and was missing an opportunity to define the debate. “If you don’t do the narration yourself, others will. And that’s never good.”

Just two months ago, Scholz was defining the conversation. Following the Russian invasion, he announced a massive rearmament of Germany and a defense aid package for Ukraine in a dramatic break with decades of dovish politics. He declared it a “Zeitenwende”, a historic turning point, for Germany. But in Ukraine, critics argue, Scholz needs to move faster, saying the financial aid he announced last week could not come as quickly as direct arms deliveries.

For Scholz, the act of balancing international and domestic politics also includes the expectation by many Europeans that he act as the continent’s leader, a role his predecessor, Angela Merkel, often played in moments of crisis. And her government fears giving Moscow the impression that Berlin is an active belligerent against Russia, at risk of being drawn into a war that would harm not only Germany but also its NATO allies.

Germany has already sent missiles and artillery to Ukraine, but kyiv also wants heavy artillery, Leopard tanks and armored vehicles like the Marder, considered among the best in the world. Ukrainian officials have made repeated public demands. With tensions rising between Berlin and kyiv, Ukraine has even gone so far as to disinvite German President Frank-Walter Steinmeier from a visit to its capital in protest at his long-standing business ties with Moscow.

On Wednesday, Foreign Minister Annalena Baerbock of the Greens insisted that sending armored vehicles to Ukraine was not a red line for Germany. “It was not taboo, even though it sounds like that sometimes in the German debate,” she said during a news conference with her Baltic counterparts in Riga, Latvia.

Still, the perceived reluctance to meet Ukraine’s demands, particularly at the same time that Germany has delayed a European plan to boycott Russian oil, is frustrating Scholz’s ruling associates. They argue that Germany is running out of time to help rein in President Vladimir Putin of Russia.

“The longer this war goes on, and the closer Putin gets to victory, the greater the danger that more countries will be invaded and that we will end up sliding into a protracted and de facto third world war,” said Anton Hofreiter, the chief of the European relations committee in the Bundestag and a member of the Greens, on the public broadcaster ZDF on Wednesday morning.

Nils Schmid, foreign policy spokesman for the Social Democrats in parliament, said Scholz’s position had been unfairly challenged by his partners.

“Now there is a public contest from the opposition but also within the government on who supports Ukraine the most,” he said. “What really counts is the action taken by the government.”

He noted that German approval had been necessary for the Czech Republic to send T-72 tanks, made in the former East Germany, to Ukraine. He showed that the chancellor “had no objection” to heavy weapons, he said.

But the disputes may have ramifications for Scholz’s leadership. In a poll of German voters published on Tuesday, 65% of those polled said they did not see Scholz as a strong leader. Der Spiegel magazine wrote on Wednesday: “One has to wonder if the coalition is still fundamentally behind him.”

Uwe Jun, a political scientist at the University of Trier, dismissed the idea of ​​a threatened coalition. But he did see a risk to the chancellor’s reputation as the continent’s leader.

For Europeans, that need is especially great, Jun said, because President Emmanuel Macron of France is stepping away from the regional stage to fend off a circular-wing electoral challenge at home.

“Scholz was expected to fill this gap,” Jun said. “And there’s a certain disappointment, I would say, that Scholz didn’t do that.”

On Tuesday, after discussing Ukraine with other Western leaders, Scholz raised expectations by saying he would give a speech.

But the only new announcement from him, Strack-Zimmerman said, was a plan to help Eastern European countries provide their own Soviet-era equipment to Ukraine in larger quantities by promising to replace it with German-made equipment. Even that, he said, was something that could have been started earlier: “We had been suggesting that for three weeks.”

Scholz reiterated a plan announced last week to provide 1 billion euros ($1.08 billion) in military aid, which would allow Ukraine to buy the weapons it needs directly from the defense industry. Berlin asked German defense contractors to draw up a list of what they could supply quickly and sent it to Ukraine, Scholz said. Kyiv would also be allowed to buy from other allied countries, he added.

Scholz said that Germany, which for decades left its military poorly equipped, could not afford to give Ukraine more weapons of its own and still meet its NATO and national defense obligations.

“We have to recognize that the possibilities we have are reaching their limits,” he said.

However, his stance on sending tanks and other heavy weapons to Ukraine remained vague, and he later did not clarify for reporters whether Berlin would allow German defense contractors to sell such weapons to Ukraine.

Pressed by a reporter on whether he would respond to Ukraine’s demands for Leopard tanks, Scholz responded: “Looking at the world sometimes helps. In this case, it leads to the realization that those who are in a comparable position to Germany are acting in the same way as us.”

It was an ill-timed retort, given that hours earlier the Netherlands had announced that it would provide heavy weapons, including armored vehicles, to Ukraine.

“Scholz doesn’t care about public perceptions,” Schmid said. “He concentrates on the action. And he doesn’t like to do things based on public debate”.

In response to the debate, Scholz has been morose, even sarcastic. His frustration was particularly evident after a delegation of Bundestag members visited Ukraine last week, a move that the chancellery reportedly discouraged him from.

The delegation included Strack-Zimmermann, Hofreiter, and Michael Roth of the Social Democrats. All of them backed the demands for heavy weapons and called on the chancellor to show stronger leadership.

Responding a few days later, in a television interview, he said: “To the boys and girls, I have to say: The fact that I don’t just do what you want, that shows that I am leading.”