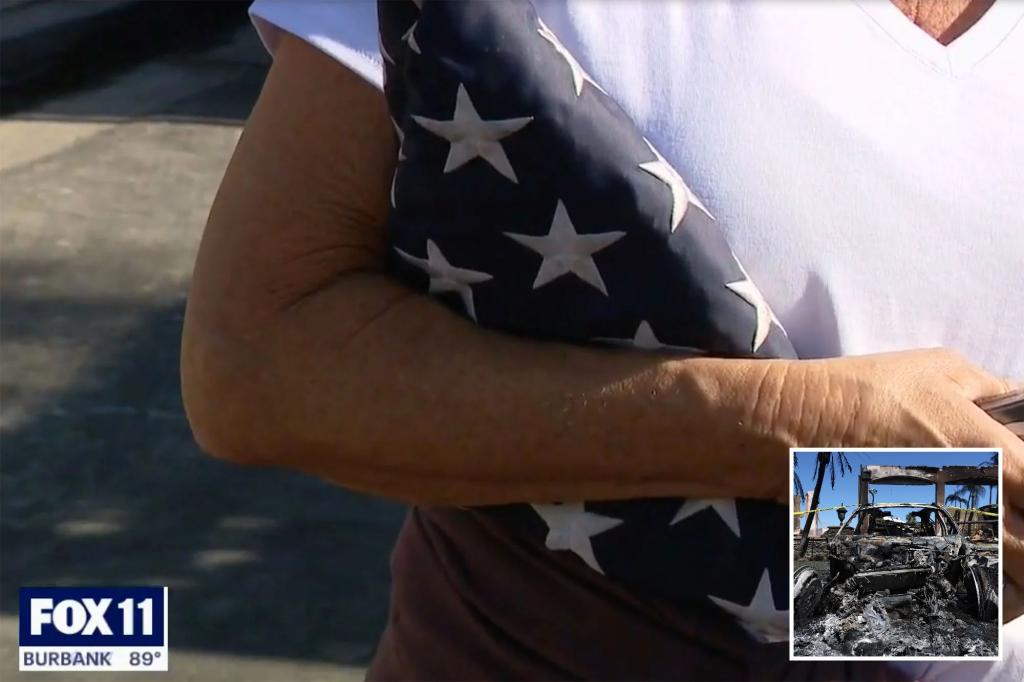 A California family is thanking the firefighters who saved their US flag and 9/11 mug from their home that was destroyed by the Coastal Fire.

After the evacuation order was lifted, the Strohman family found that several of their valuable belongings were saved while their home was destroyed by fire, according to FOX 11.

“We are very patriotic,” Terri Strohman said as she held up the flag.

Strohman called the patriotic items saved from the fire a “sign.”

She said the family will rebuild their house one day.

According to the Orange County Fire Authority, the Coastal Fire destroyed at least 20 homes and damaged at least 11 others.

The fire took place in the community of Laguna Niguel and spread to more than 200 acres at one point.

The cause of the fire is under investigation, and Southern California Edison said the unspecified electrical “circuit activity” occurred around the same time the fire broke out.