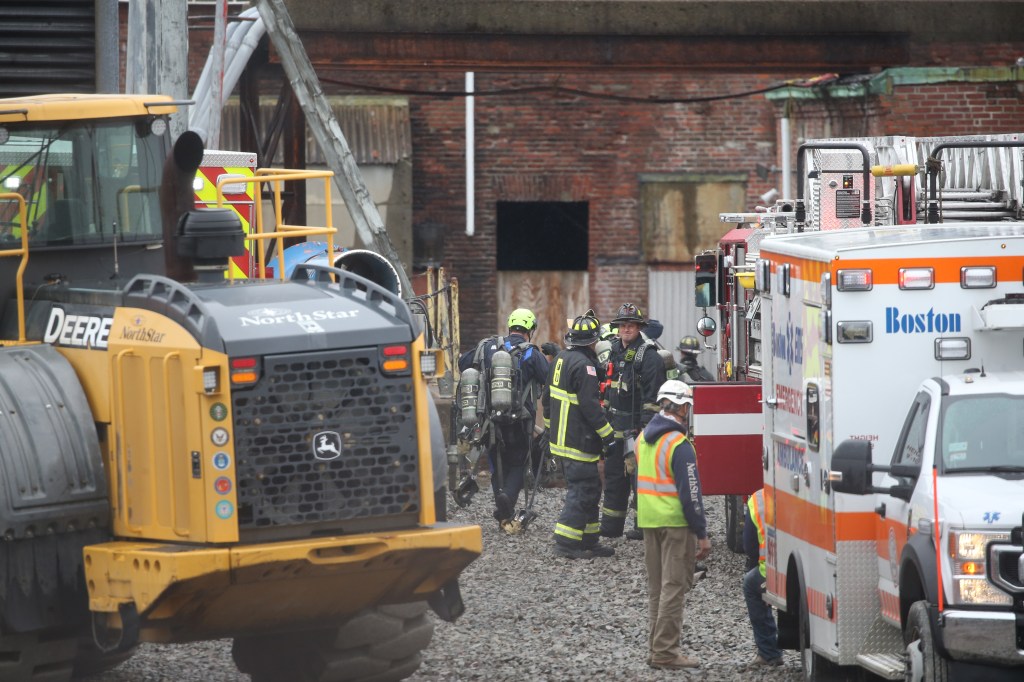 A meltdown at the demolished former L Street Power Plant in South Boston has authorities on the scene trying to rescue several people from the rubble.

The plant is recognizable as the massive pink building that looms over Southie’s City Point neighborhood, a plant that has been an empty shell for decades.

Developers are in the midst of preparing to replace the old Edison coal plant with a large residential and commercial development, a process that will include the demolition of most of the giant puce box that is visible for miles around.

The scanner continued to buzz an hour later with urgent messages between fire personnel.

Cops said police, firefighters and EMS are all on the scene.

Boston EMS said this is an active incident and more information will be available at a later date.

This is a developing story…