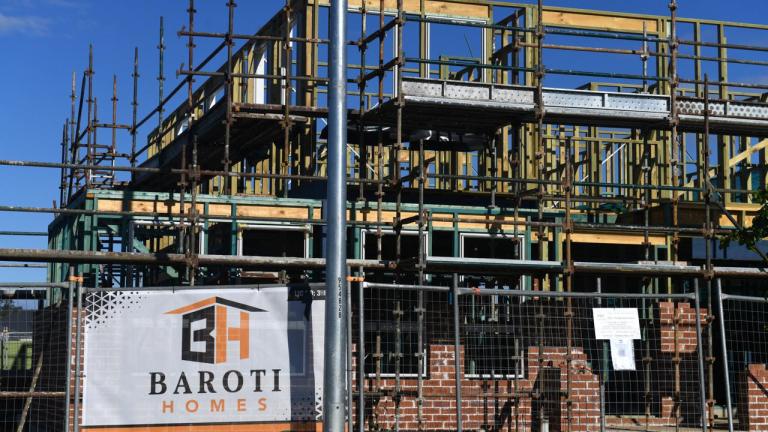 The Australian Bureau of Statistics is due to release building approvals and international trade figures for March.

The volatile swings in building approvals during the first few months of the year likely continued into March, with another big drop forecast.

The Australian Bureau of Statistics will release March building approvals on Thursday, along with the latest international trade figures for the same period.

Economists’ forecasts point to a 15 percent decline in home approvals for March.

This would follow a 27 per cent drop in January when the Omicron COVID-19 variant hit council offices and slowed down the approval process, only to rebound by a massive 43.5 per cent in February.

Rising interest rates are likely to take a toll on the housing market after the Reserve Bank of Australia indicated that Tuesday’s cash rate hike will be the first of many.

The RBA raised the cash rate to 0.35 percent from a record low of 0.10 percent, the first increase in more than a decade.

RBC Capital Markets Chief Economist Su-Lin Ong now expects the cash rate to peak at 1.85 percent by the end of this year, slightly higher and sooner than previously thought.

She expects the quickest impact of these rate hikes will be on confidence and house prices.

As such, it now expects house prices to start falling in the September quarter to be 2.5 per cent lower by the end of the year, before falling a further 8.3 per cent in 2023 and then flattening out. in 2024.

Home prices rose more than 21 percent in the year to November 2021.

Meanwhile, economists expect the monthly trade surplus to widen to $8.2 billion in March after shrinking to $7.5 billion in February due to a 12 percent rise in imports.

Forecasting a surplus of $10.7 billion, Westpac economists expect imports to fall 4.5% in March, while exports are forecast to rise 2.9%, led by coal.