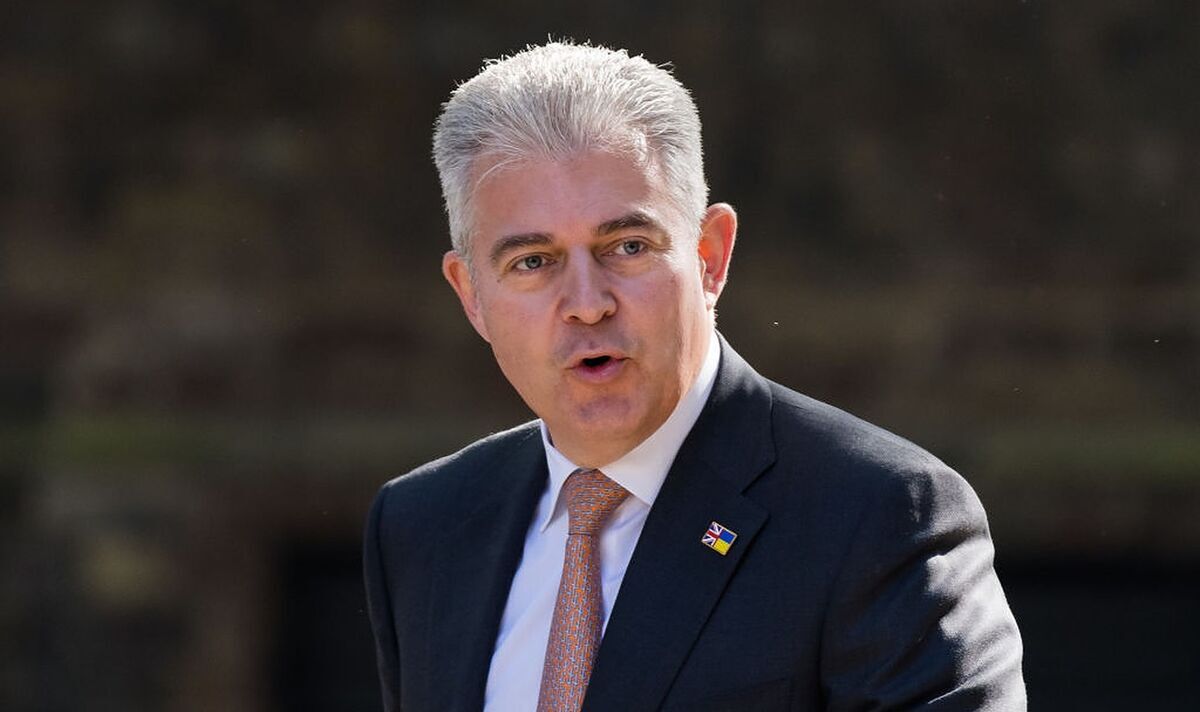 In 2020, both sides agreed to a protocol in which a de facto customs border would be established in the Irish Sea, separating Northern Ireland from Great Britain, much to the displeasure of the DUP.

The protocol was designed to keep Northern Ireland in the EU Customs Union and the UK out after Brexit.

Speaking to The Telegraph about whether he was worried that a Northern Ireland executive’s absence could be indefinite if Brussels doesn’t give ground, the Northern Ireland secretary answers plainly: “Yes.”

“The idea that it was going to be easier after the elections was crazy for the EU.

“When Stormont was not there for three years, the government had to spend three years trying to negotiate between the parties to agree on a government program and also with the Irish and British governments.”

Now, amid the deadlock caused by last month’s Stormont election, Brandon Lewis believes the EU will be responsible for indefinite chaos in Northern Ireland unless it agrees to renegotiate the Protocol, or the Government goes ahead with a plan to overturn the document with national legislation. .

But now the Unionists (DUP) are threatening to sit out of government unless the protocol is scrapped or replaced, as they say the Irish Sea border puts Northern Ireland’s place in the UK at risk.

He wrote in the Telegraph: “The DUP refuses to nominate because it has a mandate through elections, as the largest party in trade unionism, not to nominate until the Protocol is resolved.

If the EU fails to renegotiate the document, the UK’s plan to unilaterally annul the Protocol will be the only way to restore power-sharing, says Lewis, given that the DUP’s objections are the only obstacle preventing the formation of a new executive. .

He said: “Restoring power sharing is about all parties in Northern Ireland being happy to nominate and Sinn Féin are keen to do so and move forward.”

DO NOT MISS:
Warning as UK faces ‘significant rise’ in monkeypox cases
The queen cannot receive the Trooping the Color greeting for the FIRST time
Fury over plans to convert former RAF base into small village asylum center