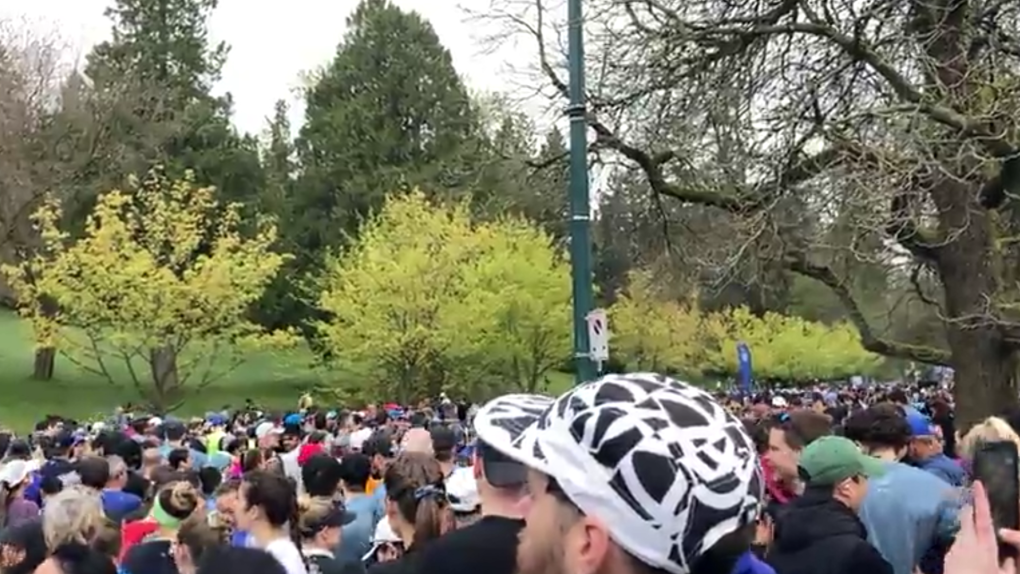 A police incident delayed the start of the competition at the BMO Vancouver Marathon by about an hour on Sunday.

The Vancouver Police Department tweeted shortly after 7 a.m. that the start of the event had been delayed by a police incident near the route.

About an hour later, police said the incident had been “safely resolved.”

In a statement emailed to CTV News on Sunday morning, VPD spokesman Sgt. Steve Addison said he couldn’t provide any additional details beyond what was shared on Twitter.

Marathon organizers said the full marathon was tentatively expected to start at 9 a.m.


This is a developing story. Check back for updates


#VanTraffic The beginning of @BMOVanMarathon is delayed due to a police incident near the route. #VPD is responding and will provide updates here as they become available. We thank everyone for their patience.