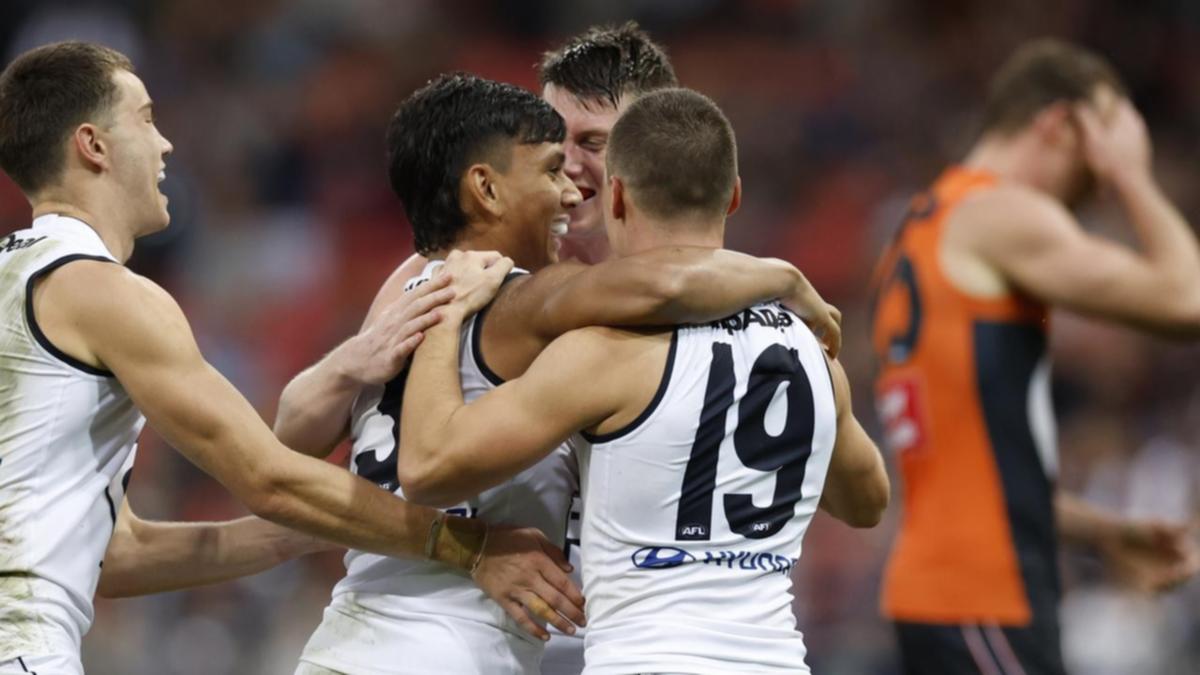 Carlton survived a spirited comeback in Greater Western Sydney to spoil Leon Cameron’s farewell with a 30-point victory at Giants Stadium on Sunday.

The victory came at a cost to the Blues as Zac Williams suffered a nasty lower leg injury and was in tears as he had to be helped from the field.

The Giants were expected to come out firing in the last game in charge of Cameron, but the Blues started brighter and put 4.2 on the scoreboard before GWS even moved the ball to their 50th lead.

Gradually, the home team worked their way back into the match to be level at the main break and only trailing by one goal in the last substitution.

But the Giants were never able to reclaim the lead as the Blues eventually overpowered them to move to a 7-2 record and finish the ninth round in the top four.

Co-captain Josh Kelly (36 eliminations, one goal) looked to inspire the Giants throughout, while Braydon Preuss was also crucial to the comeback in his first game as the club’s sole ruckman.

Toby Greene, Harry Himmelberg and Jake Riccardi each scored two goals to keep the Giants in contention, but the Blues were more efficient with the ball and won the inside 50 count 64-47.

Carlton was without Williams for much of the game after the armored defender was injured just before the fourth period and had to be substituted out of the game.

The former Giant was running toward a Blues defensive 50-record contest when he fell to the ground with no one near him and immediately grabbed his lower leg.

While the Giants couldn’t send Cameron off with a win, both clubs formed an honor guard for the coach as he walked off the field after the final siren.

The Blues have a short change for their Friday night clash with Sydney, while the Giants are set to start life under interim coach Mark McVeigh against West Coast at Giants Stadium on Sunday.