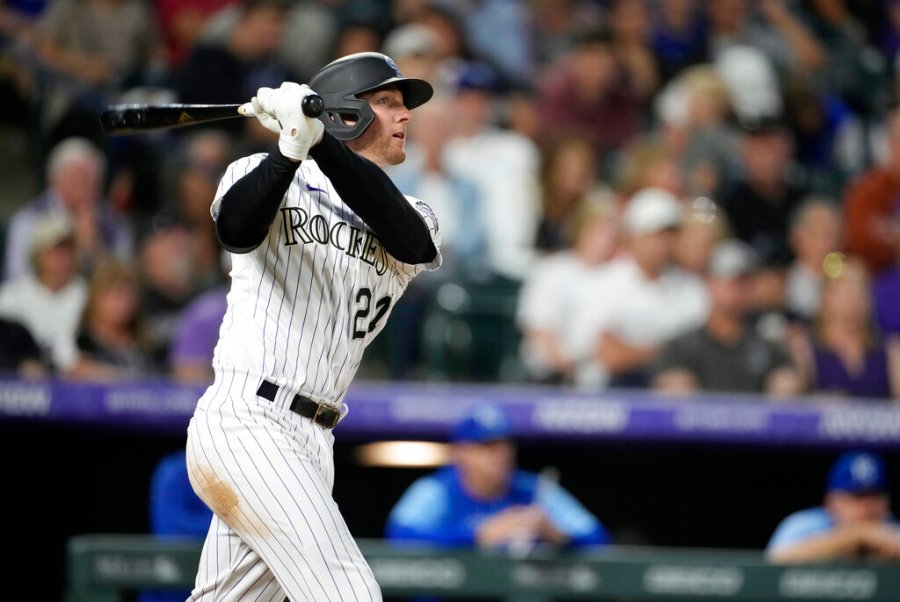 DENVER (AP) — Charlie Blackmon, Sam Hilliard and Ryan McMahon homered, German Marquez overcame a tough inning for his first win this season and the Colorado Rockies snapped a five-game losing streak with a 10-4 victory over the Colorado Rockies on Saturday. Kansas City. .

Hilliard homered for the second time in as many games, hitting a three-run drive in Colorado’s third of four runs and adding a sacrifice fly in the fifth. Brendan Rodgers had a couple of hits, including an RBI double.

“It’s huge for the team,” Hilliard said after the Rockies scored 10 runs for the second straight game, though they lost 14-10 to the Royals in the series opener on Friday.

“It’s good to see the bats starting to work in back-to-back home games,” he added. “I think we hope to do more of the same tomorrow.”

Salvador Pérez hit a two-run homer in the third, the only frame in which the Royals scored off Marquez (1-3), who went six innings and allowed three runs on three hits. He struck out six and walked one. In his previous six starts, Marquez was 0-3 with a 6.47 ERA.

“He was frustrated and disappointed by what happened in his first five or six starts,” Rockies manager Bud Black said. “I think how he’s doing now, that can be put behind him. Hopefully we can see him make some starts like tonight.”

Marquez said he has been working on his mechanics in recent weeks and is starting to see some results.

“Everything was working today,” Marquez said. “He was in control of the fastball, the breaking ball was good. I’ve been working a lot, man, during this month and today was good. I feel happy.”

Kansas City’s Bobby Witt Jr. homered for the second time this season, a solo shot in the seventh off reliever Ashton Goudeau. Whit Merrifield had an RBI single as he extended his team record by playing his 500th consecutive game.

Royals starter Carlos Hernandez pitched four innings and allowed a career-high nine runs on eight hits in his first career appearance against the Rockies and first at Coors Field.

Hernandez (0-3) walked the first batter he faced and Blackmon followed with a home run over the right-center field fence into the Rockies’ bullpen. Dom Nunez’s sacrifice fly in the second gave Colorado a 3-0 lead.

Kansas City matched it in the third before the Rockies broke through for four runs in the bottom of the inning on a home run by Hilliard and an RBI single by José Iglesias, going up 7-3.

“He just shows up and he’s ready to go,” Royals manager Mike Matheny said before the game. “He’s been blessed with good health, but a lot of that is because he’s also taking really good care of himself.”

Hilliard had gone 0-for-18 in six previous games before hitting home runs on consecutive nights, including his first of the season in Friday’s loss to the Royals.

“The first home run of the year for me was a huge sigh of relief, especially since it came later than it usually does for me,” Hilliard said. “I felt like a lot of weight was lifted off my shoulders after hitting that. He was just putting pressure on me, but it’s good to feel that relief. The key for me, even on home runs, was trying to keep it simple, regardless of how I’m doing it. If I can stick with that approach and not ride the ups and downs, I’ll be in a good place.”

Rockies: OF Kris Bryant, sidelined since April 26 with a lower back injury, went through a full batting practice session before the game. However, there is still no timetable for his return.