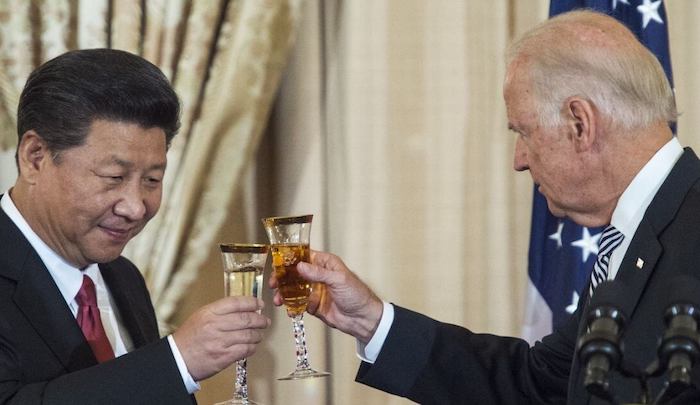 FBI director complains that China “didn’t coordinate” its invasion of our cities. 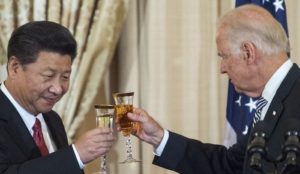 (David Horowitz’s Save America I a a compelling call to action and fight for the future of our country.)

FBI Director Chris Wray said during a Senate Homeland Security committee hearing on a police unit operating in China: “It’s very strange to think that the Chinese police would try to set up shop in New York, let’s say, without proper coordination” in New York City.

According to Wray, the FBI was “looking at the legal parameters” of communist security forces operating in one of America’s financial and technology centers. As if the issue of enemy people putting their boots on the ground in one of our cities is a lack of “proper coordination”.

Wray said the FBI already has more than 2,000 China cases and opens a new one every 12 hours. The DOJ states that “Nearly 80 percent of all economic espionage prosecutions brought by the Department of Justice allege conduct in favor of the Chinese state, and nearly 60 percent of all trade secret theft cases have at least some connection to China.”

What happens to all these cases? They are not a priority for an administration that has been busy arresting and prosecuting conservatives under Biden and Garland.

These are not just issues affecting big business.

“China’s rapid hacking program is the largest in the world, and they have stolen more personal and business information from Americans than all other nations combined,” Wray admitted.

So why is the FBI instead raiding the homes of non-violent protesters at gunpoint and falsely claiming that Hunter Biden’s laptop is foreign disinformation?

Chinese Communist operatives aren’t just robbing Americans blind, they have boots on the ground in the United States. They attacked, terrorized and spied on political dissidents. One of their organizations was involved in a mass shooting at a church.

And all Wray can do is have the FBI investigate the “legal parameters” of this sort of thing.

But the Biden administration has sharply limited the ability of government agencies to go after Communist China.

Earlier this year, Biden’s DOJ shut down the China Initiative, saying it was racist.

“Anything that creates the impression that the Department of Justice applies different standards based on race or ethnicity harms the department and our efforts and harms the public.”

Assistant Attorney General for Homeland Security Matthew Olsen, a member of Biden’s transition team, claimed he was tasked with pushing Holder to dismantle Gitmo during the Obama era.

Racism was an excuse for the Biden administration to allow Chinese spying operations.

This is the point David Horowitz made recently at Save America I .

Save America I is the first part of a multi-part series examining the immediate threats to the nation’s survival. These include not only Communist China, but local collaborators who have allowed its rise, growth, and even dominance in our own cities.

“The president and his criminal family were paid millions by the Chinese communists. Why? Exactly how much money is there for the millions pocketed by Biden? No one with the authority to investigate or prosecute is asking,” Horowitz wrote.

This is a very polite way of describing the enemy’s public conduct of intelligence operations on our soil, including surveillance and recruitment agents.

When the Soviet Union did this, we didn’t label it as “uncoordinated law enforcement.”

The problem isn’t that Communist China doesn’t bother to inform the FBI about what it’s doing, it’s that our government doesn’t see it as a foreign threat and respond appropriately.

Director Wray describes the Americans hired to spy on United States citizens for Communist China as not just agents, but “actually” agents. After the Biden administration forced the DOJ to rescind the China Initiative, law enforcement officials complained that it didn’t tell them ahead of time that China was planting bugs and sending pirates to New York.

We have lost sovereignty over one of our great cities. And no one will ask Biden about it. And Biden isn’t about to ask Xi to stop. During his meeting with the communist dictator, Biden asked Xi about global warming, but failed to discuss China’s hacking operations, drug smuggling or operations on American soil. This is not even appeasement, it is treason.

Trump has tried to end China’s control over TikTok in the US. Biden did the bidding of Hunter’s former bosses by allowing Beijing to retain control over TikTok, despite clear evidence from whistleblowers that the company’s Chinese operations could track and access Americans.

Director Wray warned that TikTok apps can be used to hack most phones and devices that run them.

“Let me be clear,” warned Sen. Tom Cotton, who sits on the Select Committee on Intelligence. “If you have TikTok on your device, you should remove it from your device. Better yet, you should go buy a new device.”

Instead, Biden promotes himself on TikTok.

Kemba Walden, Biden’s Deputy National Cyber ​​Director, argued that his administration “doesn’t want to take a reactionary position in developing policy. We don’t want violators to define our agenda,” he says, “let the violators expel us.”

So far, allowing China to harass us has resulted in suicides and suffering of American teenagers, massive theft of intellectual property, and damage to our national security.

When Communist China openly operates on our land, it is not to let them “persecut us”. That means they got us, starting with Biden and his corrupt family.

Like any third world country, the Chinese have come here, bribing our political, financial and cultural elites, while setting clear expectations of compliance from Hollywood, which passes its scripts through communist censors, to the NBA, which has brought Xi to its knees. To Big Tech for putting their relationship with China above the well being of our country and their customers.

Biden is the worst example of this corruption. His administration scrapped successful programs aimed at rolling back Chinese communist influence and replaced them with appeasement.

“Influencing deals with Moscow and Beijing has made the entire Biden family rich — Joe, Jill, Jim, Hunter and more. And they put into the hands of their Russian and Chinese handlers information that could destroy the life, fortune, and reputation of an entire party in one fell swoop,” Horowitz warns in Save America I .

Communist China is not the only threat, but David Horowitz’s call to arms in Save America I is a warning that we ignore the threat from Beijing and its DC collaborators at our own peril.