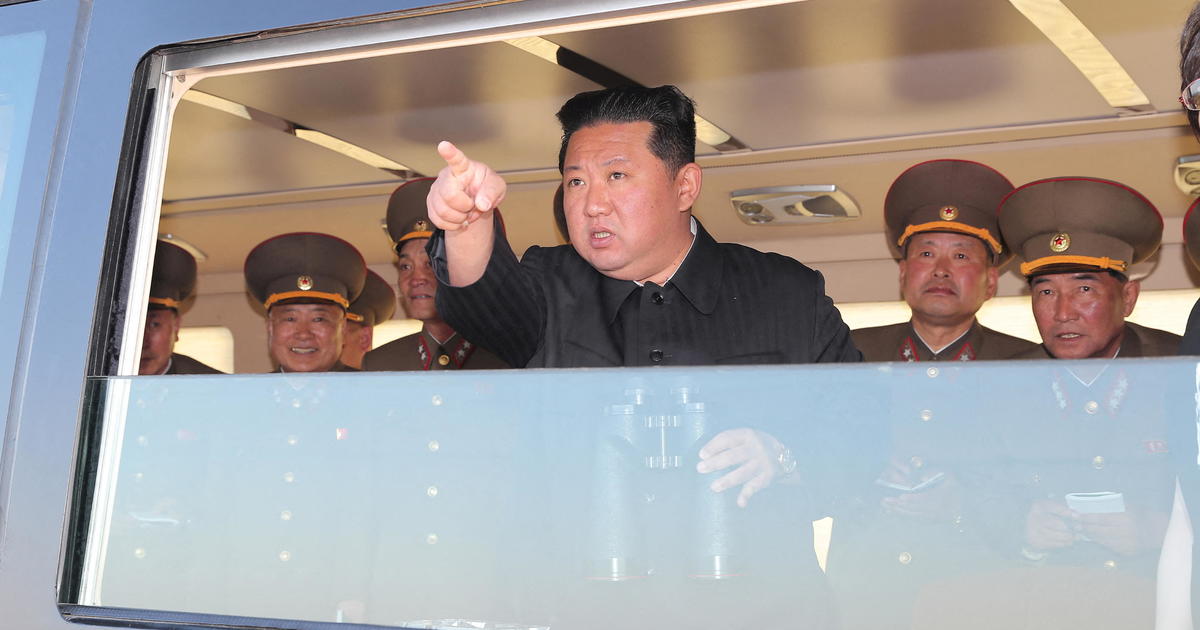 tokyo — President Joe Biden was headed to Asia on Thursday to meet with close allies in South Korea and Japan. He will arrive amidst a growing threat of North Korea return to the nuclear weapons tests that it abandoned three years ago.

As CBS News Senior Foreign Correspondent Elizabeth Palmer reports, the isolated “Hermit Kingdom” is upping the ante on its brinks of nuclear policy, even as the country grapples with a major outbreak of COVID-19.

Exactly four years ago, North Korea put on a big show of blowing up the tunnels of your Punggye-ri nuclear test facility. It was supposed to be a step forward in a long negotiation process towards the denuclearization of the country from dictator Kim Jong Un.

But as Palmer reports, North Korea is now taking a step back.

“They wanted to show, obviously falsely, that they were committed to denuclearization,” Joe Bermudez, an analyst at the Center for Strategic and International Studies (CSIS), told CBS News. “The reality is that they didn’t destroy the tunnel. They just destroyed the portal. The portal is the part that opens.”

Now, Bermudez says new satellite images show that North Korea has been digging a new entrance into a still-intact test tunnel at the site.

“It appears to be going pretty far, and they could have a device ready by the end of the month,” he predicted.

A “device” that is a nuclear bomb that, unlike the 2018 explosions featured for the world to see, would be detonated underground. Analysts believe the goal of further nuclear testing is to refine and miniaturize nuclear warheads for North Korea’s missile arsenal.

Under Kim’s orders, North Korea has tested missile after missile this year. They are designed to carry nuclear warheads, and some are powerful enough to reach the continental United States.

Bermudez says that for Pyongyang, the end game of escalating tests and the imminent threat of returning to nuclear testing is simple: “The survival of the Kim regime and the survival of North Korea, and in that order.”

He said North Korea has calculated that a proven nuclear weapons attack capability will prevent any other country from attacking, including and most importantly the United States.

North Korea’s relations with the rest of the world have declined markedly over the past two decades. As recently as 2008, the New York Philharmonic played at a historic concert in Pyongyang.

But that was when the second dictator of the ruling Kim dynasty, Kim Jong-il, seemed poised to scale back his country’s nuclear program.

There was another burst of optimism in 2018, when President Donald Trump met Kim’s son, the current almighty leader of North Korea, for direct talks. But those the talks collapsedleaving a dangerous deadlock in its wake.

In April, Pentagon spokesman John Kirby said that “instead of showing a willingness to sit
in good faith and negotiate and talk and use diplomacy, the North continues to test.”

Asked what keeps him up at night as a longtime observer of the nuclear standoff, Bermudez told CBS News it was the risk of “miscalculation.”

“That’s my biggest concern,” he said, that something that starts “as a minor incident could quickly escalate because of a miscalculation.” That risk is compounded, in Bermúdez’s view, by the relatively simplistic strategic thinking in Pyongyang.

“When we look at, you know, how the dynamics of international politics, nuclear politics have developed over the years, we tend to be very conservative and very reluctant to use nuclear weapons,” he said. “Whereas North Korea has, as far as we can tell, a very unsophisticated strategy for nuclear weapons.”

Palmer says that the ambient music emanating from Pyongyang is now loud, clear and, unlike the philharmonic orchestra, openly belligerent.

The country is on the rise coronavirus The epidemic could distract leaders, but Kim’s nuclear ambitions are not going away, and analysts warn the risk of a deadly miscalculation is rising.

That’s something President Biden will have to consider when he visits the Korean peninsula later this week.