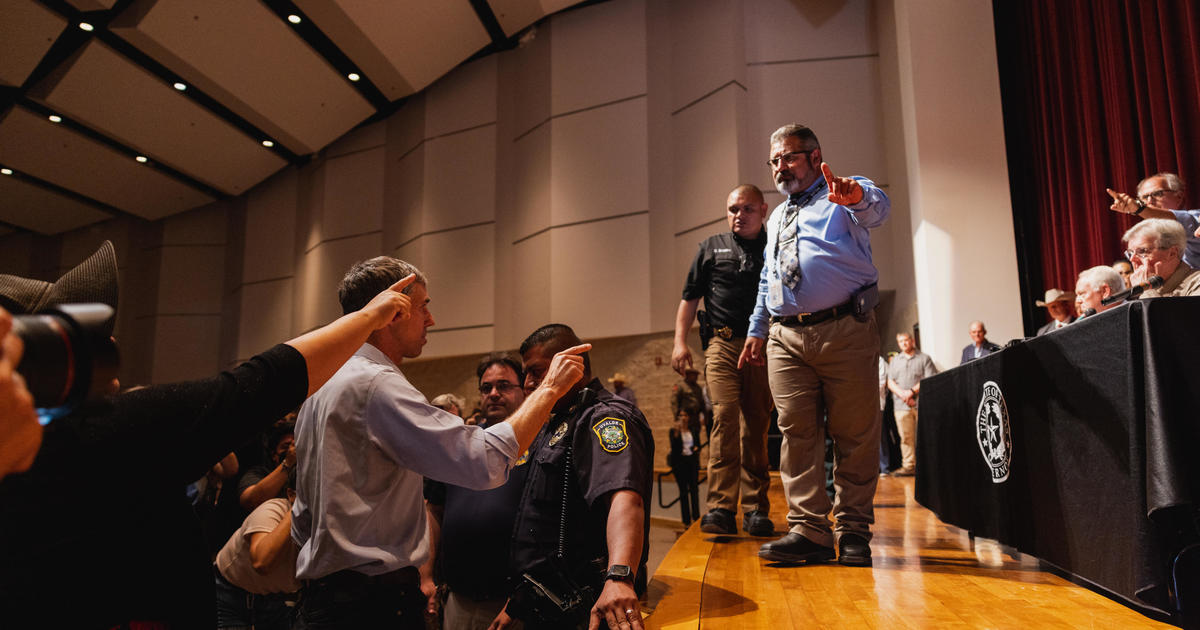 Abbott said he would pass the microphone to Lieutenant Governor Dan Patrick, when O’Rourke stood up. “You’re not doing anything,” O’Rourke said, adding that the shooting was “totally predictable” because gun laws weren’t tightened up after other shootings in the state.

Patrick told O’Rourke to “sit down…you are out of place in an embarrassing encounter” and asked O’Rourke to leave the auditorium.

“I can’t believe you’re a sick son of a bitch to come to a place like this to do a political thing,” Patrick yelled at O’Rourke.

Law enforcement officers appeared to escort O’Rourke out of the subsequent news conference. Janet Shamalian of CBS News said it seemed like some people had saved seats for O’Rourke.

After O’Rourke was escorted away, Abbott did not address the incident directly but called for unity, saying “every Texan, every American has a responsibility that we need to focus on not ourselves and our agendas, but we need to focus on the healing and hope that we can provide to those who have suffered inconceivable harm to their lives and loss of life.”

After O’Rourke left, he told reporters, “These kids died because the governor of the state of Texas, the most powerful man in the state, decided to do nothing.”

“After each one of these, he gives a press conference like this, and I wish that when he came to El Paso someone would have stood up and held him accountable and confronted him and shocked the conscience of this state into doing something,” O’Rourke said. “Because if we do nothing, we will continue to see this. Year after year, school after school, child after child. This is up to all of us, each one of us to do something.”

During his unsuccessful presidential run in 2019, O’Rourke was an outspoken advocate for gun control measures. A former congressman, O’Rourke represented El Paso, where a gunman shot and killed 23 people.

After that shooting O’Rourke memorably said during a presidential debate, “Hell yeah, we’re taking your guns” about AR-15s. Abbott and other law enforcement officials testified Wednesday that the shooter in Uvalde used an AR-15.

Interrupted by O’Rourke, Abbott called for solutions to the mental health crisis in Uvalde, though he also said the shooter had no known history of mental illness. Abbott said he was told by local officials that “we have a problem with mental health, illness, in this community.”