When the craft beer craze officially took over Miami, beer lovers were ecstatic. Finally, we had more than one bar serving good suds for a drink on a hot afternoon, after a long day at work, or with our friends at the backyard barbecue.

While the number of options has grown exponentially in recent years, there is always a handful that stands out from the rest. They’re the breweries that take the game to the next level, brewing solid suds while creating the kind of tavern experience that draws crowds from across the country, even the world.

In Miami-Dade and Fort Lauderdale, they include breweries we’ve come to know and love, as well as a few newcomers that give us something new to appreciate. To that, we say “cheers to great Florida beer!”

When Tripping Animals Brewing Co. burst onto the scene in 2018, no one could have guessed that the Doral-based brewery, known across the country for its whimsical animal-themed can art and quirky fruit-infused sours, would also become the go-to. manager of Miami’s growing craft beer community. . In recent years, the Venezuelan-born and bred team of brewers and owners (Daniel Chocron, Ignacio Montenegro, Iker Elorriaga and Juan Manuel Torres) have come together to become a living embodiment of all things South Florida beer. . They host annual beer festivals like Irie Jungle that attract guest breweries from across the country and are the official sponsors of Miami’s first official craft beer week, and are ground zero for some of the best beers in South Florida. The bustling tavern is usually packed with thirsty patrons ready to down a few beers or sample the latest in an ongoing experimentation of hazy, hop-infused IPAs, boldly fruity sours, and dessert-themed stouts. It’s easy to spend hours in the cozy lounge-like spaces of Tripping Animals, or in the in-house restaurant at Meat & Bone, or in a large game room in the back of the brewhouse where you can play pool or hoops, shoot darts or even play video games. 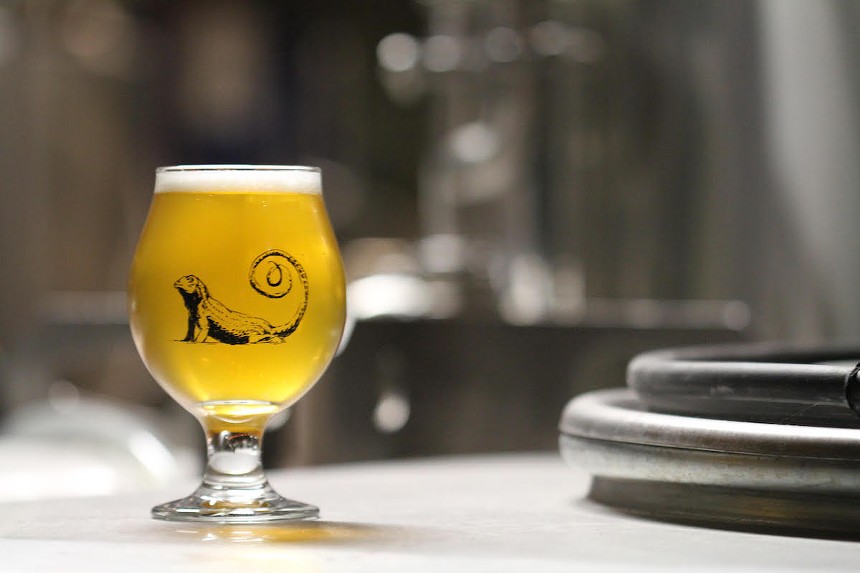 Invasive Species is, without a doubt, the most “Floridian” brewery in South Florida. Perhaps it’s the only natural history museum that meets the urban warehouse tavern, decorated from floor to ceiling with an array of taxidermy. Maybe it’s the equally impressive beer selection, a menu that covers everything from easy-drinking lagers and hop-bombed IPAs to fruit-infused sours and tropical-inspired hard seltzers. Or maybe it’s the tougher local crowd (many of them members of the brewery’s Carouser Club drinking club) who hang out at the bar week after week, the cacophony of their conversation as loud as the eclectic list of tunes played. knows that the staff plays at full volume. the speakers. While the name is a nod to our state’s non-native flora and fauna, it is also an invitation to potential sponsors, whether native or transplant. For all of this, we can thank South Floridians and brewers Phil Gillis and Josh Levitt, who teamed up with Laser Wolf co-founders Chris and Jordan Bellus to deliver a craft beer experience that speaks purely to our SunshineState. Twenty lines on tap serve a constantly rotating selection of beers, but I’d be remiss if I didn’t try repeat offerings like Ninja Juice, a beer made with nearly 50 percent rice instead of traditional grains and fermented with sake yeast. 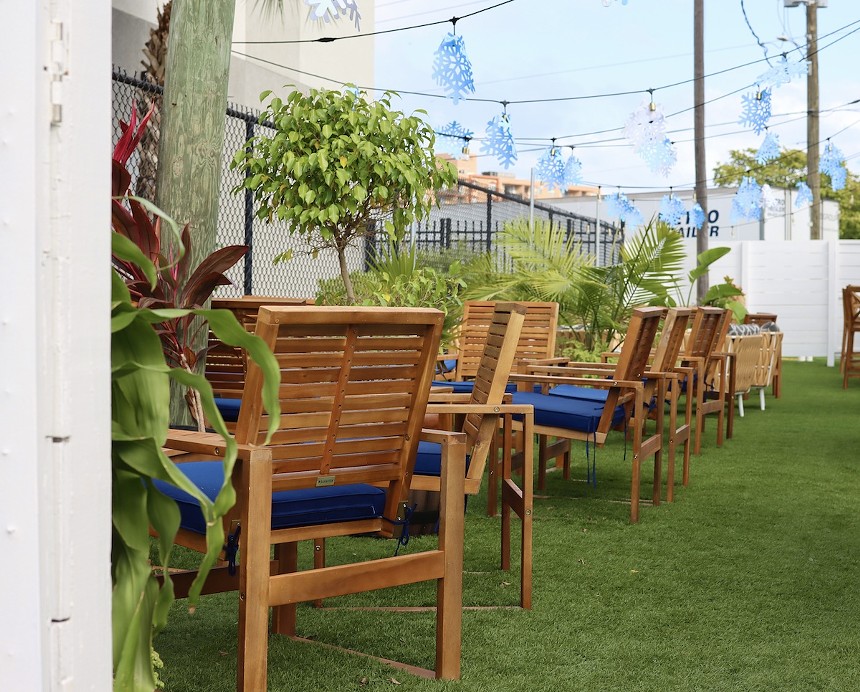 North Miami’s newest nanobrewery, Época Brewing, is no ordinary brewery. Instead, think of a visit here as a way to escape to another place and time. The Spirit: Taking people on a journey to a different era, or time, by telling stories of the past through the lens of craft beer. While most South Florida breweries have jumped on the local craze bandwagon and offer smoothie-inspired fruit ales and dessert-infused stouts, Época co-founders Danny Gutierrez, Jeffrey Delonny and JC Otero They chart a different course. A large bar overlooking the brewhouse features 12 taps featuring the brewery’s version of small-batch IPAs, lagers and wild-brewed beers, including a house ale known as Zenith, a fruity double IPA and dried hops treated with strawberry and guava. Take it in the elegant beer garden or the Zen-style beer garden, a cozy space with intimate lighting that has become the focal point of the Época experience.

After Davy Martin moved to South Florida in 2011, the self-described hop aficionado had a hard time finding a solid local IPA to his liking. To remedy the dearth of options, he began homebrewing. When people told him that he had a knack for turning grain into primo liquid, he went one step further when he and his wife Jaime opened Orchestrated Minds. Today, the nanobrewery stands as a grassroots effort where the pair, along with a small but dedicated staff, offer a curated selection of beers in small batches. With hip-hop blaring from the speakers, the outdoor vibe is akin to sharing a cold drink with your friends in the backyard, only here you do it with the owners and the brewers themselves. It’s the place to be to savor some of Davy’s best-received beers, recipes he’s been perfecting using a single-keg system. The brewer focuses on offering true-to-style IPAs, sour singles, and roasted stouts that don’t rely on the use of lactose or artificial extracts. That includes Touch of Grey, an easy-drinking, low-ABV blonde ale accented with Earl Gray tea featuring notes of orange and lime, inspired by the pair’s travels to craft beer mecca Hill Farmstead. For those hot summer days, he tries Surfer’s Tan, a refreshing take on an unfiltered German-style pilsner. A trip to Orchestrated Minds isn’t complete without trying the latest stout to hit the draft lines, each new brew is a riff on Baseline, the basic recipe for Davy stout, which he uses to create the popular cask-aged or flavored beer. brewery deputy. robust series.

Burger and fries at Masa Craft at MIA Beer Company.

Miami-born Carlos Carreras and Nayra Serrano are the plate-mongering duo behind Masa Craft, the tavern restaurant that operates out of MIA Beer Company in Doral. The operation has its roots as a pop-up serving local craft beer since 2018. After the pandemic, the duo stepped in to feed the masses at the busy MIA taproom and haven’t looked back since. Carreras and Serrano meld their roots into a unique mix of their blended heritage blending Cuban, Spanish, and Filipino influences. They roll with a small, dedicated crew that is constantly pumping out some of the best burgers and croquettes in the area. Carreras, a longtime bartender and tavern manager, is behind the burgers, a special blend of brisket, chop and hanger that forms the base for dozens of sandwiches, from patty melts to the popular “Smackdown” squash patty topped with cheese, lettuce, tomato and their own remoulade-style “Woo” sauce. Serrano, whose family owns Los Gallegos on Bird Road, comes into fashion with his award-winning game of croqueta. The three-day process behind each ball of handmade goodness calls for top-tier ingredients—think chorizo ​​and cheese sourced straight from Spain, hand-rolled just the way Grandma used to.