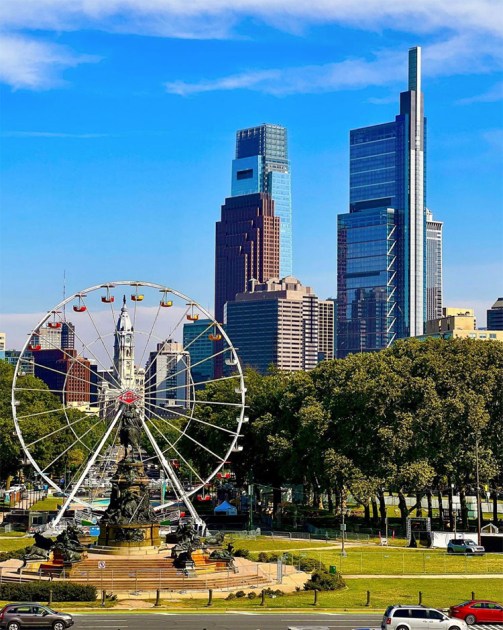 💌 Do you want us to send you this daily summary by email? Sign up for Billy Penn’s free newsletter and it will arrive in your inbox every morning.

It may seem like a long way off, and there’s a different election first, but Philadelphia’s 2023 mayoral race is heating up fast.

Who is on the list? Lizzy McLellan Ravitch details the field of contenders, which includes seven current city officials who would have to resign to run.

Philadelphia is working on a plan to redesign the Benjamin Franklin Parkway, which is unfriendly to pedestrians and lacks street-level activations.

Now that feedback process is starting. Take this survey to weigh in early, or RSVP for an in-person discussion at The Barnes next week.

New Superintendent Tony Watlington is set to lead Philadelphia’s schools and is welcomed to the position by Mayor Kenney (9 am). Pre-K is next on Kenney’s list, with a stop at Grays Ferry for a “promotion” ceremony for kids in the city’s free programs (10:15 am).

Then it’s soccer time, and the mayor’s schedule gives a big hint that FIFA will choose Philadelphia as one of the 10 US host cities for the FIFA World Cup. Kenney first attends a screening of the ad in Love Park (5 pm), then returns to City Hall for another press conference about it (7 pm).

🥪 BP Quizzo is in Chestnut Hill this month! Put your local knowledge to the test and join us at the top of cobblestone Germantown Avenue as we hit Tavern on the Hill for a night of Philly trivia with happy hour specials and prizes. Free with RSVP. (6:30 to 8:30 p.m. Tuesday, June 21)

🎭 The Philadelphia Thing’s Trade School festival opens this week, and this time they’re trading art and artists with Detroit, the Motor City. Opening night performances include interactive theater screenings and short films, and you get unlimited access to all performances via a $100 festival pass. (Hours vary, Thursday through Sunday, June 16-25)