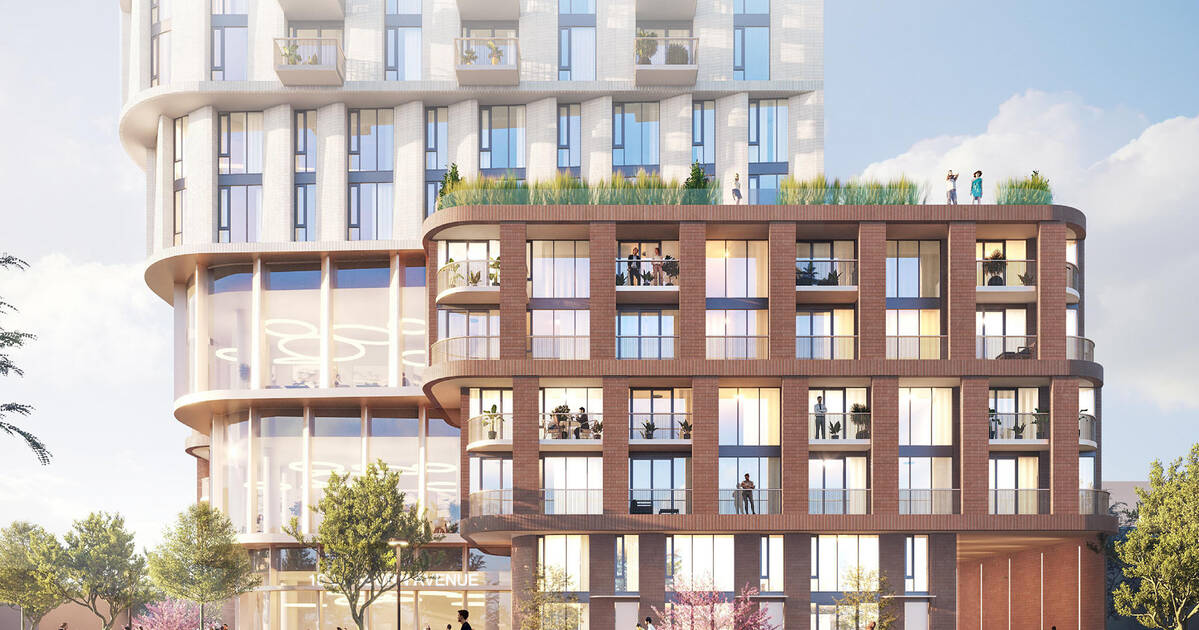 Out is the old and in is the new, as a plan is in the works to tear down two small houses and a low-rise apartment building in East York and replace them with a high-rise condominium development.

A development application in late April could see the end of the trio of small buildings at 16-26 Cosburn Avenue, with a plan by KingSett Capital proposing to bring a BDP Quadrangle-designed presence to the block between Broadview and Logan avenues.

The site currently houses a pair of tiny houses flanking a three-story rental apartment building, which is proposed to be torn down to make way for a 27-story tower containing just over 20,000 square meters of residential space.

It is proposed to demolish the existing pair of houses and apartment building. Goldberg Group photo.

The standout feature of a six-story podium will be a large central section containing three double-height stories housing the lobby and interior residential amenity spaces, framed by brick-clad wings to match the established feel of the neighborhood. An additional outdoor service space is proposed on the roof of the podium. 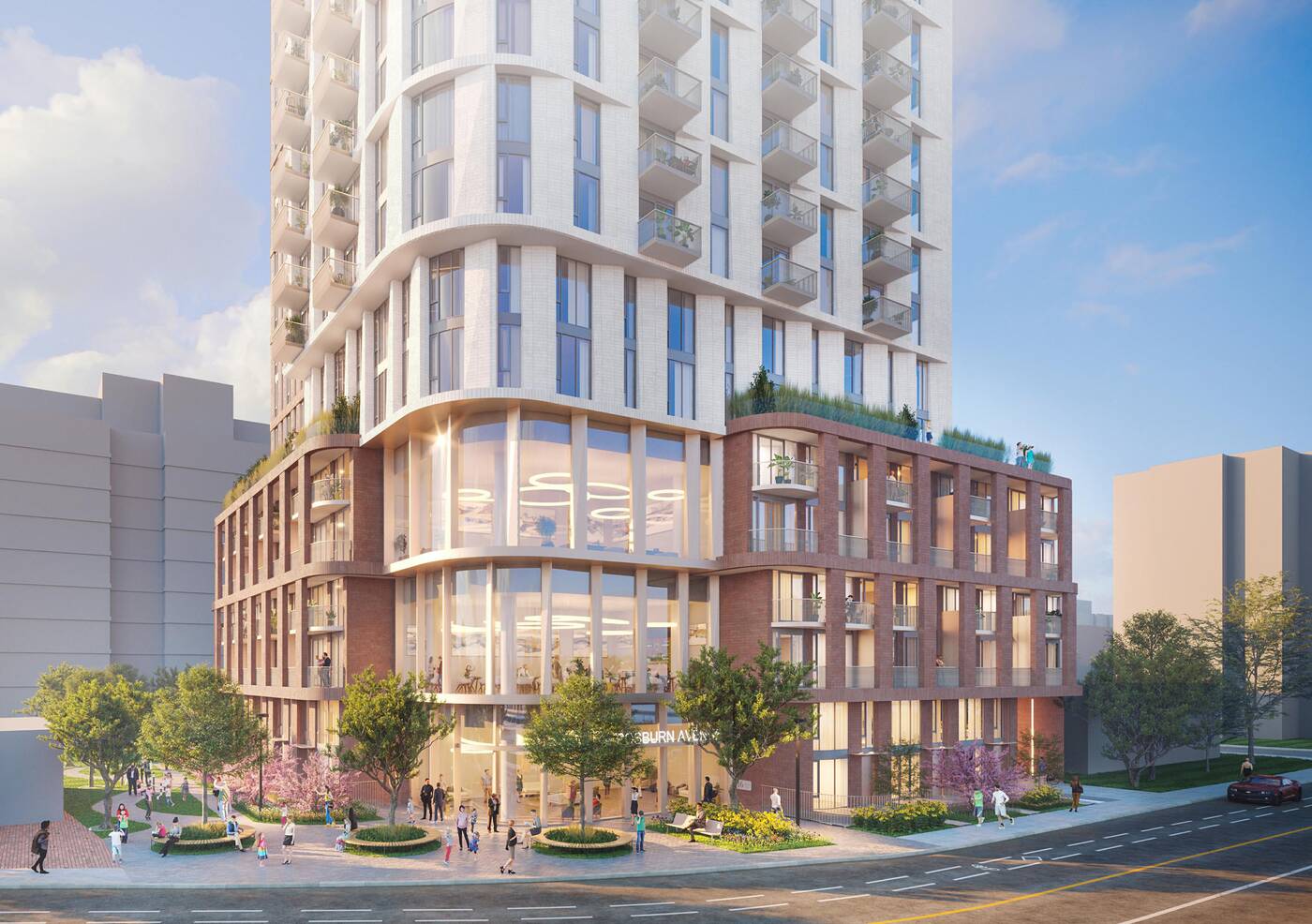 Double-height floors containing the lobby and amenity space would be a standout feature. Rendered by BDP Quadrangle.

It may seem like a massive density increase over what exists today, but the surrounding blocks are already home to several skyscrapers, including a 22-story apartment tower directly across the street from the proposal site.

Some housing advocates will likely lament the loss of comparatively affordable rental units, although residents of the new tower and the surrounding community would gain a proposed new public park and privately owned public space that wraps around the south side and west side of the place. 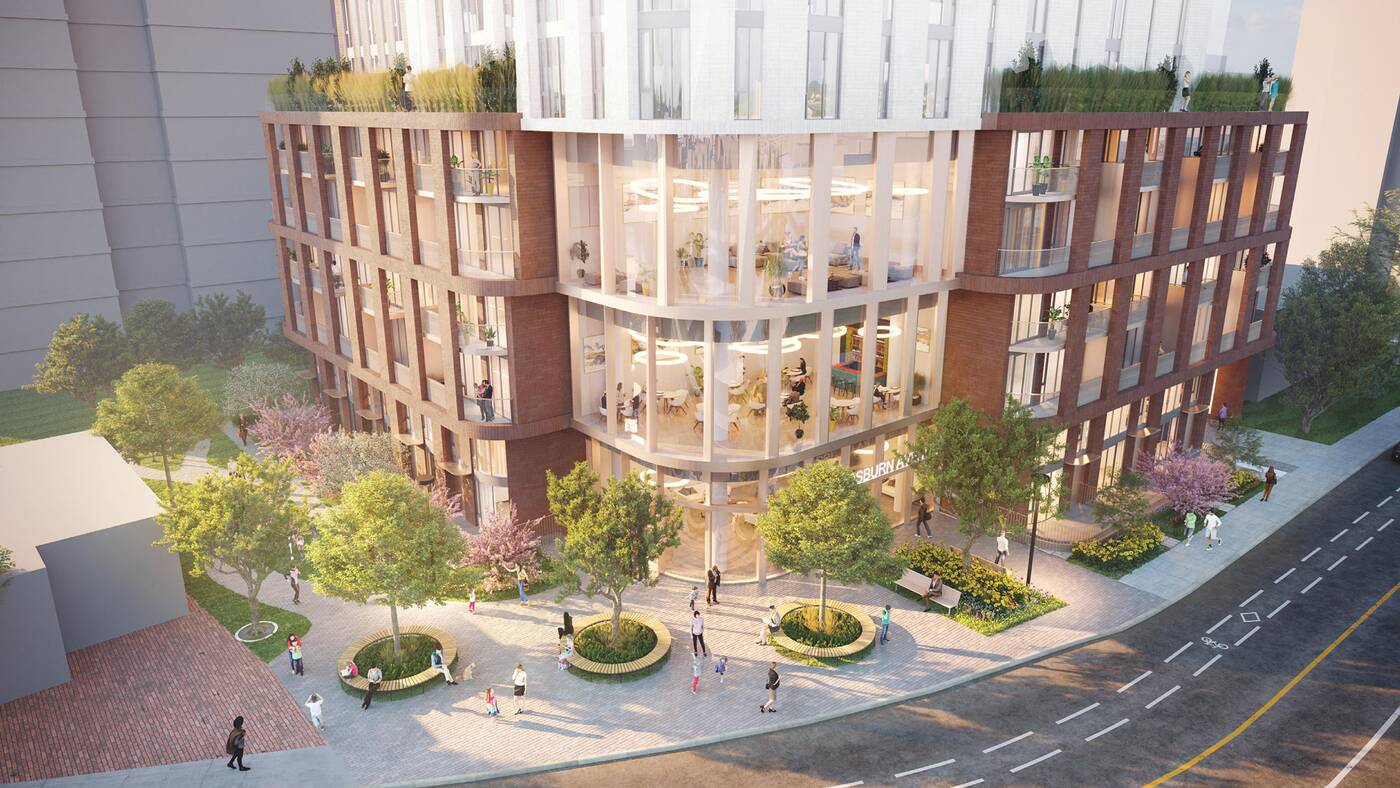 A new park is planned to wrap around the base of the tower. Rendered by BDP Quadrangle.

It has been designed to function as an “outdoor living room” that will offer an outdoor recreation and social space for all ages.

The application is currently pending review by Toronto planning staff.