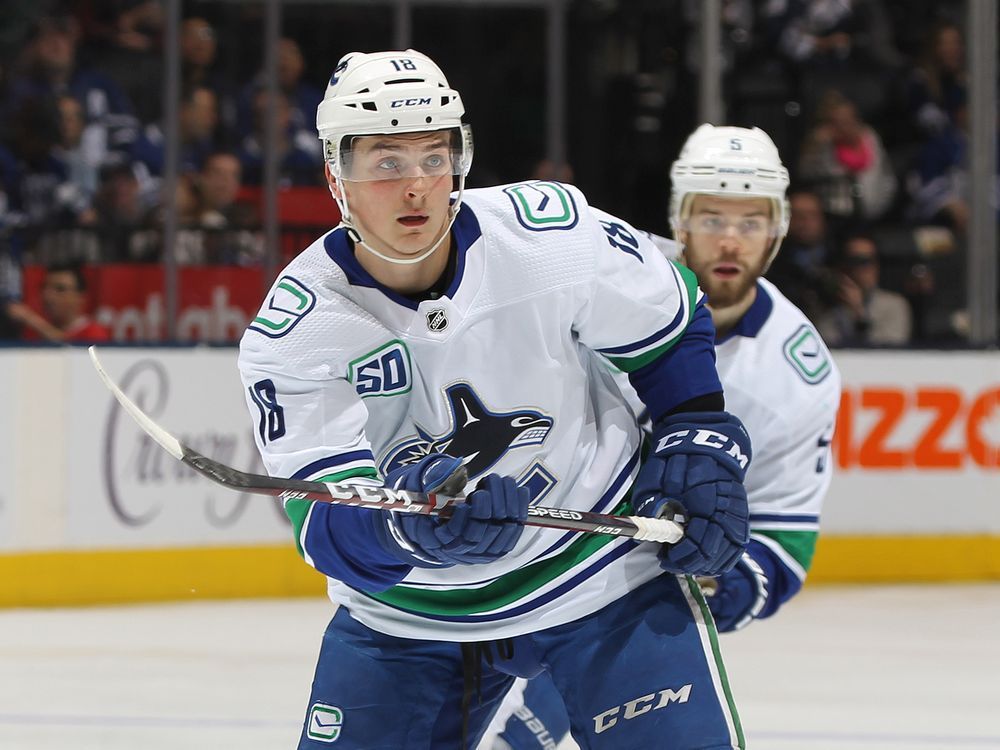 A BC woman broke down in tears Monday as she testified about what she claimed was nonconsensual sex with Vancouver Canuck Jake Virtanen in her hotel room.

Asked by Crown Solicitor Alan Ip how she felt about what had happened, the complainant replied: “Very violated, broke and confused, distraught.”

The whistleblower, who cannot be identified due to a publication ban, spent much of the day testifying about the incident with Virtanen at the Westin Bayshore Hotel on Sept. 26, 2017, when he was still on the NHL team roster.

Virtanen, who was 21 at the time of the incident and is now 25, admitted that he picked her up and took her to the hotel and they stayed in the hotel room until the next morning when he left for practice. But he has pleaded not guilty to the criminal offense.

The whistleblower initially met the former Canuck right-winger at the Calgary Stampede in July 2017 when he was 18 years old and exchanged contact information with him.

They communicated with each other several times before she traveled to the Vancouver area from the Interior in September 2017 and planned to meet, she told a British Columbia Supreme Court jury.

Then on September 26, 2017, Virtanen wanted to meet that night, but suggested they meet another day.

She said she would have preferred to hang out during the day rather than at night when she wasn’t comfortable and worried that she would be put in a “sexual situation” at night.

She said that she had no thoughts that a sexual encounter was about to occur and that she did not want to have sex with him.

“I had a sinking feeling in my stomach,” he said.

“It was exactly the situation I didn’t want to be put in.”

However, she said she followed Virtanen to her hotel room and went out onto the balcony to take in the view before he came up from behind and put his hands on her, touching and kissing her neck, making her feel “very uncomfortable.”

She said she pushed Virtanen’s hands down and went back into the room and sat on the bed and was joined by the defendant, who turned on the TV before kissing her again.

“I felt uncomfortable, tolerated it for a bit and then walked away, shrugging my shoulders.”

The complainant said that Virtanen ignored her efforts to stop him and continued to kiss her and the scene was repeated “multiple” times.

She said she struggled to stop him as he tried to remove her shirt and bra and then her pants, but said Virtanen prevailed by removing her clothes before getting on top of her and forcing himself down.

The complaint says she repeatedly told Virtanen she didn’t want to have sex with him and burst into tears as she described how he penetrated her without a condom.

She described how it took several years before she reported the incident to the police. In April 2021, she described her experiences anonymously online on an Instagram page, which led to contact with a journalist and a lawyer, who filed a civil lawsuit on her behalf.

But when questioned by Ip, she denied suing Virtanen to pressure him into money.

“Money was the last thing on my mind. She just wanted the story to come out, she wanted him to be held accountable.”

The witness is expected to continue her testimony on Tuesday.

Virtanen was selected by the Canucks sixth overall in the 2014 NHL entry draft. He was purchased by the NHL team last summer after police launched their investigation.

He signed to play in Russia with Spartak Moscow, but left the KHL team in March and returned to Canada following the Russian invasion of Ukraine.

Sign up to receive daily headline news from the Vancouver Sun, a division of Postmedia Network Inc.

The next issue of the Vancouver Sun Headline News will be in your inbox soon.