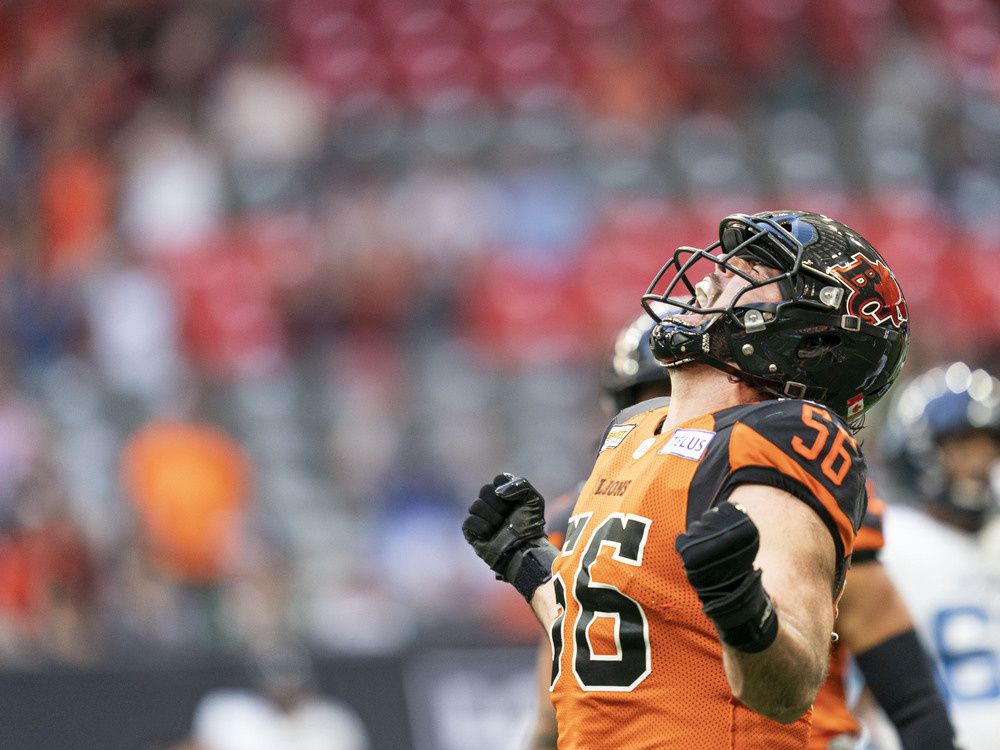 1. Jeremiah Air Show: Redblacks quarterback Jeremiah Masoli, who has thrown for 711 yards so far, will try to extend his 300-plus yard passing streak to all three games in 2022. He has reached 300 yards in six of his last eight starts, returning in 2021 with Hamilton. Masoli ranks No. 47 all-time with 16,266 yards, 183 behind Jeff Garcia.

2. Returning to Ottawa: There are six former Redblacks on the Lions roster: LS Tanner Doll, LB Kevin Francis, WR Daniel Petermann, WR Jacob Scarfone, WR Dominique Rhymes and DB Loucheiz Purifoy. There are two other players who grew up in the Ottawa area: backup QB Michael O’Connor and DB Jamie Harry. Purifoy, who played in Ottawa in 2018, was a surprising cut midway through that season. Rhymes, a Redblack from 2017-19, had 1,056 receiving yards in his final season in Ottawa. Last week, he had 143 yards, the eighth 100-plus-yard game of his career.

3. The Butler Did It: Running back James Butler is off to a great start, with 147 yards and two rushing touchdowns. He also caught two touchdown passes. Said Lions head coach Rick Campbell: “(Butler) is in Year 2, we put time into him last year as a rookie and we think he’s getting better.”

4. The return of WIPO: William Powell’s last regular season game as the Ottawa Redblack was on November 25, 2018; he carried the ball 16 times for 94 yards as his team lost 27-16 to the Calgary Stampeders in the Gray Cup. The 34-year-old running back, who has made Ottawa his off-season home for the past two years, returns after two seasons in Saskatchewan. On Thursday he returns from an Achilles tendon injury and will start in the Redblacks’ backfield.

5. The red outlet: Getting into the Canada Day mood a day early, the Redblacks will wear their red jerseys against the Lions. Fans are also encouraged to wear red to get into the spirit. There will be a fireworks display after the match. Oh, and did we mention the $5 pre-game beer at Bar Corona at Gate 1?

Williams is the leader of the Ottawa defense, which will be challenged by Rourke, who is 87.8% completing passes through two games. Rourke’s 39 completions last week is the seventh-highest total recorded by any QB. His 436 yards set an all-time record for a Canadian QB. Rourke’s seven TD passes are just one of the CFL record, set by multiple players including Anthony Calvillo, Ron Lancaster and Peter Liske. With Rourke in the game, BC has driven for TDs 12 times on 23 possessions and, last week, the Lions were two-and-out with Rourke inside.

Ottawa wide receiver Darvin Adams enters the game on a 24-consecutive sack streak. He topped the 5,000-yard rushing mark in the last game (5,063)… With 103 points, the Lions have matched the most points of any club in CFL history through two games. (Toronto opened 1992 with 42, then 61 points.) … The Redblacks haven’t been that good coming out of bye weeks in recent years. They earned a bye in their final game of 2021 after going seven straight without a win… The Lions have won their last two games by margins greater than 40 points (plus 44, plus 41). The last team to win consecutive games by 40 or more was Hamilton in 1999 (plus 46, plus 46)… No team has ever won by 40 or more in three straight games… Redblacks wide receiver Jaelon Acklin leads the CFL in receiving yards per game with 110 (143 and 77 yards). He has caught 13 of 16 targets.

I’m going to take a leap of faith. My original intention was to go with BC. At the risk of being labeled a “home run,” I’m taking home siders who are rested and have a bye week. I can’t discount what the Lions have done, easily beating Edmonton and Toronto. But they are traveling across the country after playing a very physical game just five days ago. And they’re missing their best receiver: Bryan Burnham.